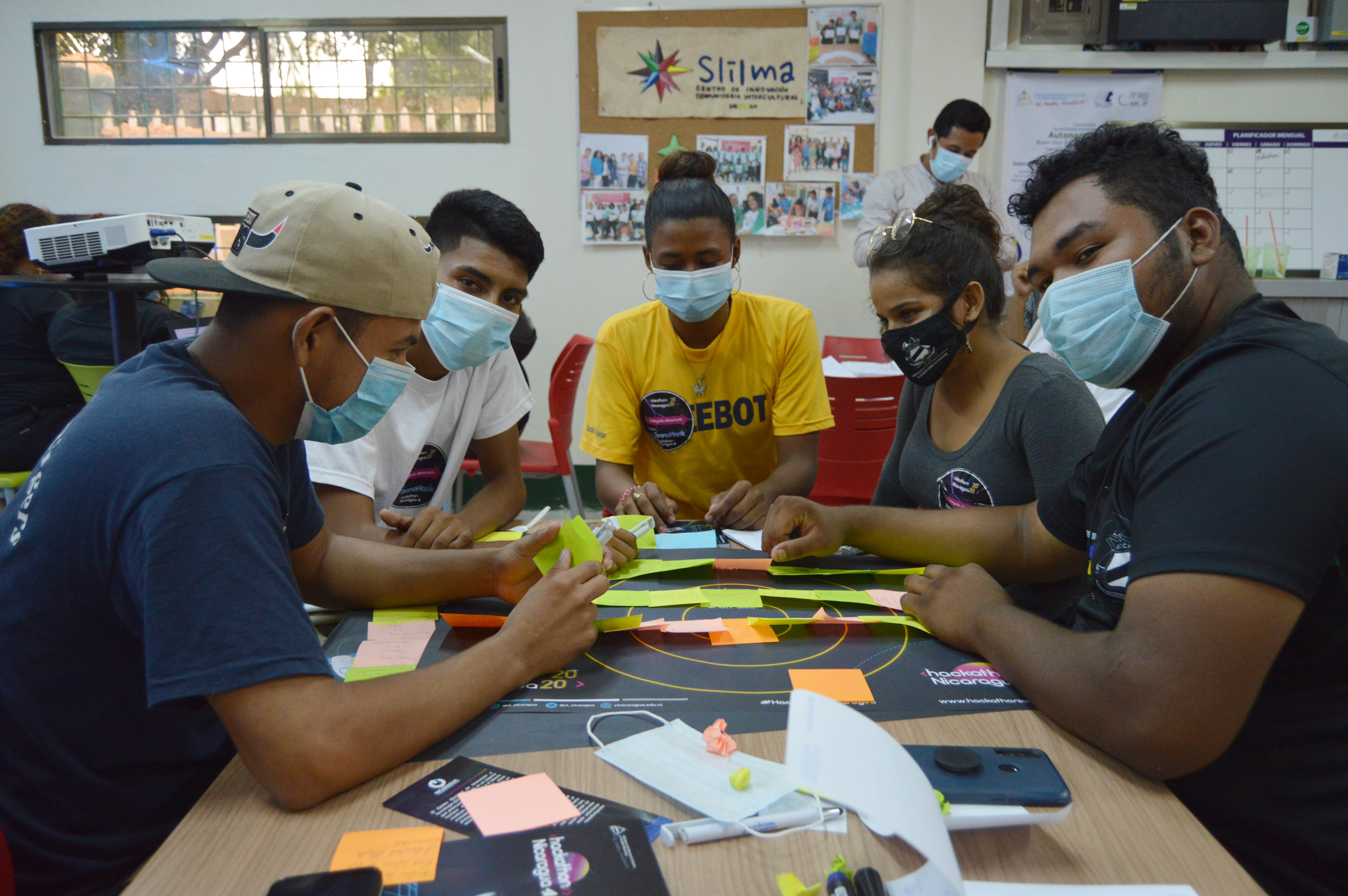 On the part of URACCAN is the representation of three multidisciplinary student teams.

URACCAN, being an active member of the National Council of Universities (UNC), through the Center for Intercultural Community Innovation Slilma of the Bilwi venue participates for the second consecutive year in the largest technological festival in Nicaragua, Hackaton 2020, being the headquarters on the North Caribbean Coast of the Ideathon Creative Workshop 2020, where 8 teams of young innovators participate.

Teacher Heidy Forbes, coordinator of the Slilma, said that on the part of URACCAN there are the representations of three teams, in addition she is participating as a university representing the entire North Caribbean Coast "which we hope to classify with topics that have to do with solutions to social challenges and challenges that have to do with the issue of cendourism from the communities of the Caribbean Coast" Mentioned.

In addition, Forbes considered it relevant that students participate in such national events that stand out with agile methodologies where they can develop new ideas and propose solutions that reflect the context of the Autonomous Regions of the Caribbean Coast of Nicaragua.

It is worth mentioning that in 2019 it was classified as URACCAN among 13 participating teams, for that reason, in 2020, since Slilma is intended to qualify with the three teams representing the university, "the competition is very strong because the issues to be solved are also very relevant to the Caribbean Coast", explained Forbes.

Among the requirements to be part of the Hackaton are: to be a Nicaraguan citizen or citizen, in addition to being part of hackaton Nicaragua's network, to have knowledge in technology, to be multidisciplinary teams such as students of Administration, Sociology and Psychology, "it is free, the categories are free, students who are already graduates can participate, students of the first year, of the fifth year of high school can participate , they can also participate, that's why we also have the representation of INATEC, which also participate teams studying there," she said.

Amador: "The Caribbean Coast is a hotbed of innovation"

Carlos Amador, creative coordinator of Hackaton Nicaragua 2020, said that from the organizations of this magnificent national event it has been seen that "The Caribbean Coast is a hotbed of innovation that has evolved over the years, this Slilma Innovation Center that always opens the doors for us, it is second year that we make the Ideathon here on the Caribbean Coast , is extremely important because it is the effort of government programs that are directly linked to the development of innovation and technology for Nicaraguan youth," he said.

In addition to visiting the Caribbean Coast, these creative workshops are also held in the departments of León, Matagalpa, Estelí, where "we will also be virtually in the Ideathon de Star, which are ten basis of technological entrepreneurship, among them, one of the Caribbean Coast that have a rather beautiful project and will be participating virtually on the 31st So it's a creative route that's going to count on reaching the locality to promote innovation, promote technology development and take away fear, a myth that only some can do technologies," Amador explained.