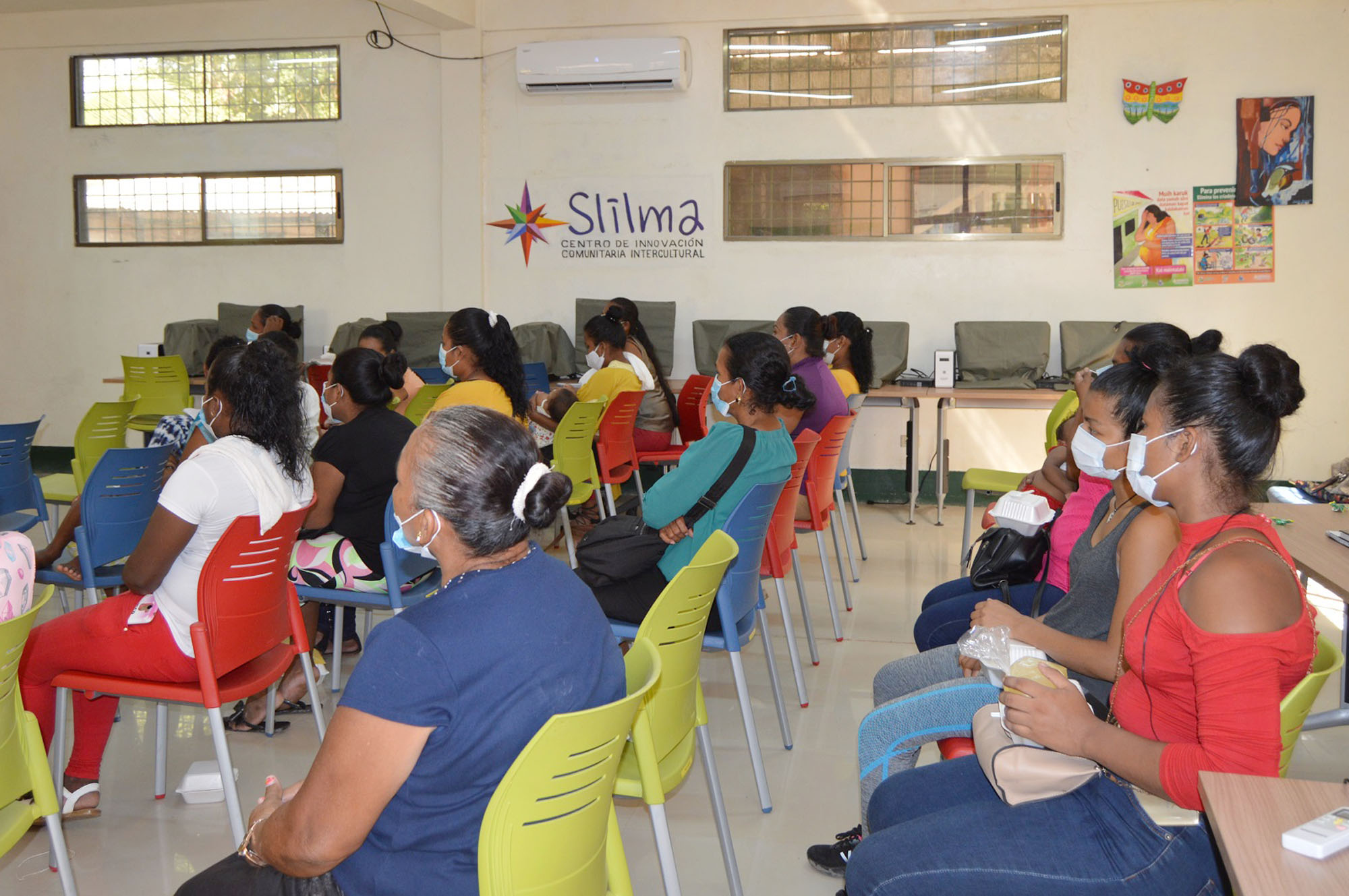 33 women participated in the activity.

Implementation of the Action Plan for the Gender, Violence, Spirituality study

As part of the implementation of the "Gender, Violence and Spirituality" research, the Center for Multi-Ethnic Women's Studies and Information (CEIMM-URACCAN) of the Bilwi compound, began the workshop on violence, with the participation of 33 women inhabitants of the Sandy Bay Sirpi neighborhood of Bilwi, Puerto Cabezas; this activity is carried out at the Slilma Center for Innovation and Intercultural Community Entrepreneurship.

In this context, teacher Anny Marley, coordinator of the CEIMM in this enclosure, emphasized that this workshop lasts for 3 days, where the convened will have the opportunity to delve into the topics such as: Gender, which began on Monday; then there will be talk about Violence, which will be addressed on Tuesday; and finally on Wednesday, participants will learn about Spirituality.

On the research study and its actions

For the conduct of this study information was obtained from three neighborhoods of Bilwi: Waulalaya, Rosario Murillo and Sandy Bay Sirpi were involved. Now with this workshop what is intended is the return of the results of this research, but at the same time work on some problematic aspects that were found and how they can be accompanied on the issues of violence and other forms of non-violence, which occur from their family and community environment, Marley said.

The young Marchelly Bellis Hunter, a workshop participant, called this first session important because they had the opportunity to learn about topics like sex classification, "I learned some good things here about genders (...) from now on I was able to understand things well to talk to my daughter about what gender is," she said.