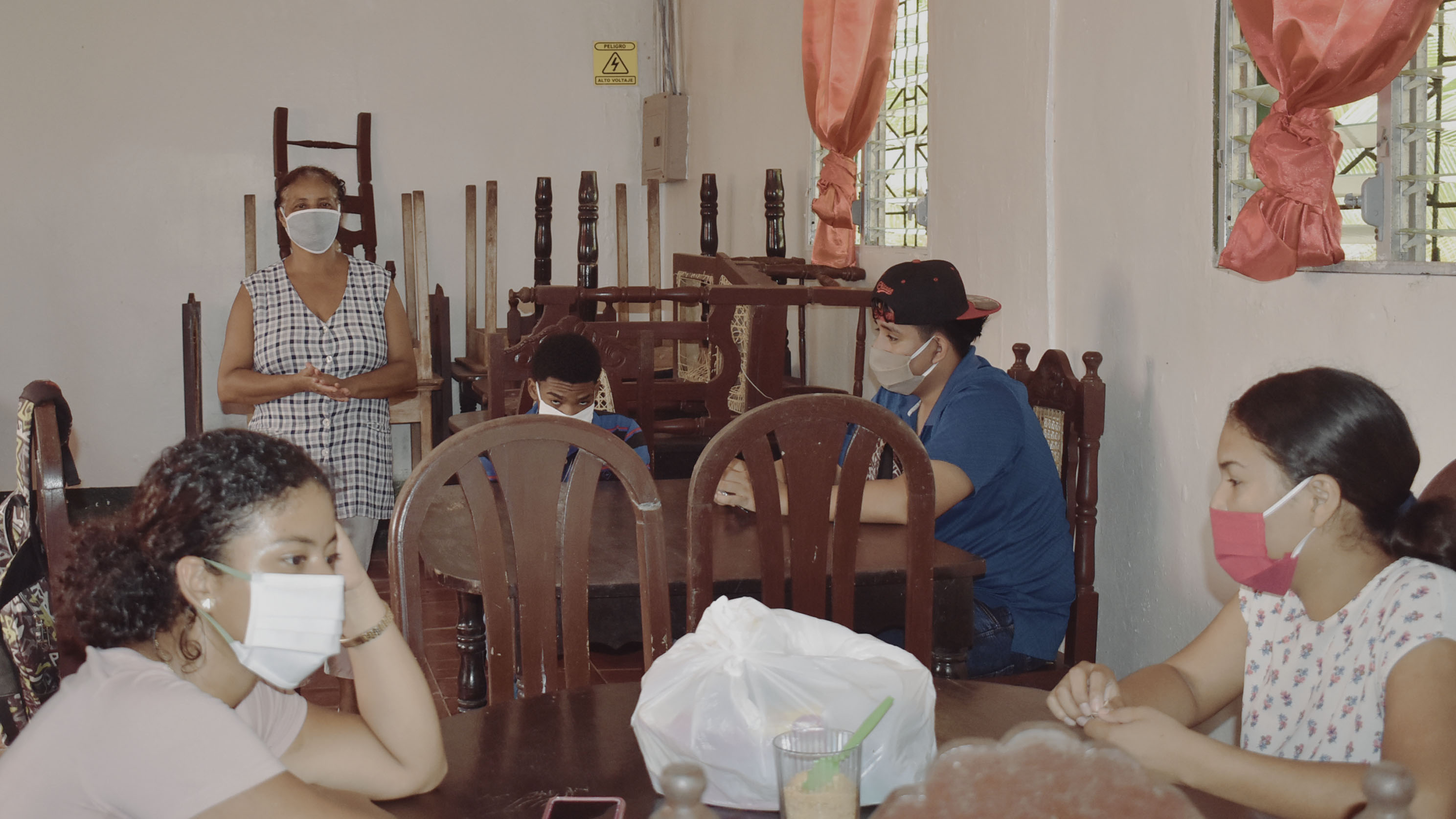 Agroforestry Engineering students during the film-forum on non-discrimination.

Actions that promote respect and tolerance

The Center for Multi-Ethnic Women's Studies and Research (CEIMM), working within the framework of the Decolonization and Depatriaricalization project for Transformation from Education, held a cinema-forum dedicated to homophobia awareness, with students from the Bluefields campus.

In this regard, teacher Antonia McCoy, coordinator of CEIMM, explained that "we met with students from the first year of the Agroforestry Engineering career, to address the issue of the International Day Against Homophobia and Transphobia, which was conmemorized on 17 May; the goal was to raise awareness of all forms of discrimination against the LGBTI community, and thus create tolerance, companionship and acceptance in young people within the university."

Contributing to non-discrimination from college

"At URACCAN we have a diversity of identities, both ethnic and sexual, including the LGBTI community; since college we have been working focused on non-discrimination and non-violence, in principle towards this community and the rest of the university population," McCoy emphasized.

The theme developed by CEIMM was not entirely unknown to university students, as they were attentive and respectfully involved in questions related to erroneous schemes that are instilled in society.

"Around the theme developed in the cinema-forum, the university students had a good acceptance in the subject; they are young boys who have already received information around this topic, so you can see their awareness of homophobia, they questioned some false ideas that have been created in society around sexuality," she continued.

"They asked us some questions, doubts they had. Among them, they asked, "Are you born gay or lesbian?" or are they done in the course of life?

"Therefore, the gay, lesbian or trans person is usually born with that orientation, but is identified as LGBTI, in the adulthood stage, when there is already independence from his family, friends or classmates. That's where you take the courage to have that full identity and say what you really are; it's not easy when you don't have enough support to leave the fear of rejection," McCoy mused.

"Faced with this is the importance of how we implement in the university community, family members and society the acceptance and respect of the sexual identity of the other, because no one wants to be discriminated against because they have a different thought or orientation than others," she concluded.