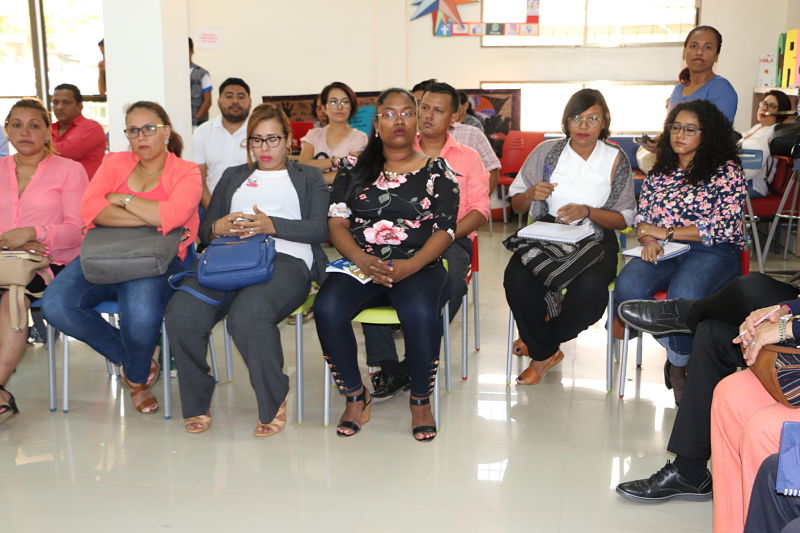 As part of the celebration of the XXV Anniversary of URACCAN, the Center for Multi-Ethnic Women's Studies and Information (CEIMM-URACCAN) through the Commission for Eradication, Gender-Based Violence and Other Related Intolerance, held the "II Day Against Discrimination, Violence and Intolerance", at the Center for Intercultural Community Innovation, Slilma, in the Bilwi university campus.

According to teacher Anny Marley, COORDINATOR of CEIMM at the Bilwi venue, this day was held to exchange experiences with all commissions formed in the 4 venues and extensions of the URACCAN, "Through the presentations of the management reports from January to September", the teacher said, adding that an evaluation was also made of the agreements that were made in previous meetings and their compliance.

In this sense, Marley detailed that one of the points addressed in the meeting was the route of attention "It is for example how a case is captured, once the case to which instance it will refer is captured, that gives attention, as is the process of resolving the case, who intervene to solve a case in the venues, as articulated the disciplinary commission and the commission of violence to see a case" Related.

Similarly, during the exchange, there was debate about the possibility of having a protocol of care, in order to ensure proper compliance with the functions of the Violence Commission, on the other hand, an evaluation guide for the URACCAN strategic plan was carried out.

Alliance for the Culture of Peace

Also, during this space, a panel on the "Alliance for the Culture of Peace" was developed, where the exhibitors were the teachers Shira Miguel, Nancy Balderramos, Juliana Ramos and the PdD. Jacoba Dávila, talking about "How from education and from the spirituality and the same civics of organizations, has fought against forms of discrimination and violence in women," Anny Marley shared.

For her part, teacher Juliana Ramos stated that talking about violence is to encounter oneself from spirituality, "We must first recognize that we are sacred, the most important thing is to love each other, to love ourselves so that we can reduce, first as we begin to try to listen and understand, teach women to empower themselves, so that they can respect oneself in order to radiate (...) how to decrease the issue of violence in this way, from that perspective," Ramos emphasized.