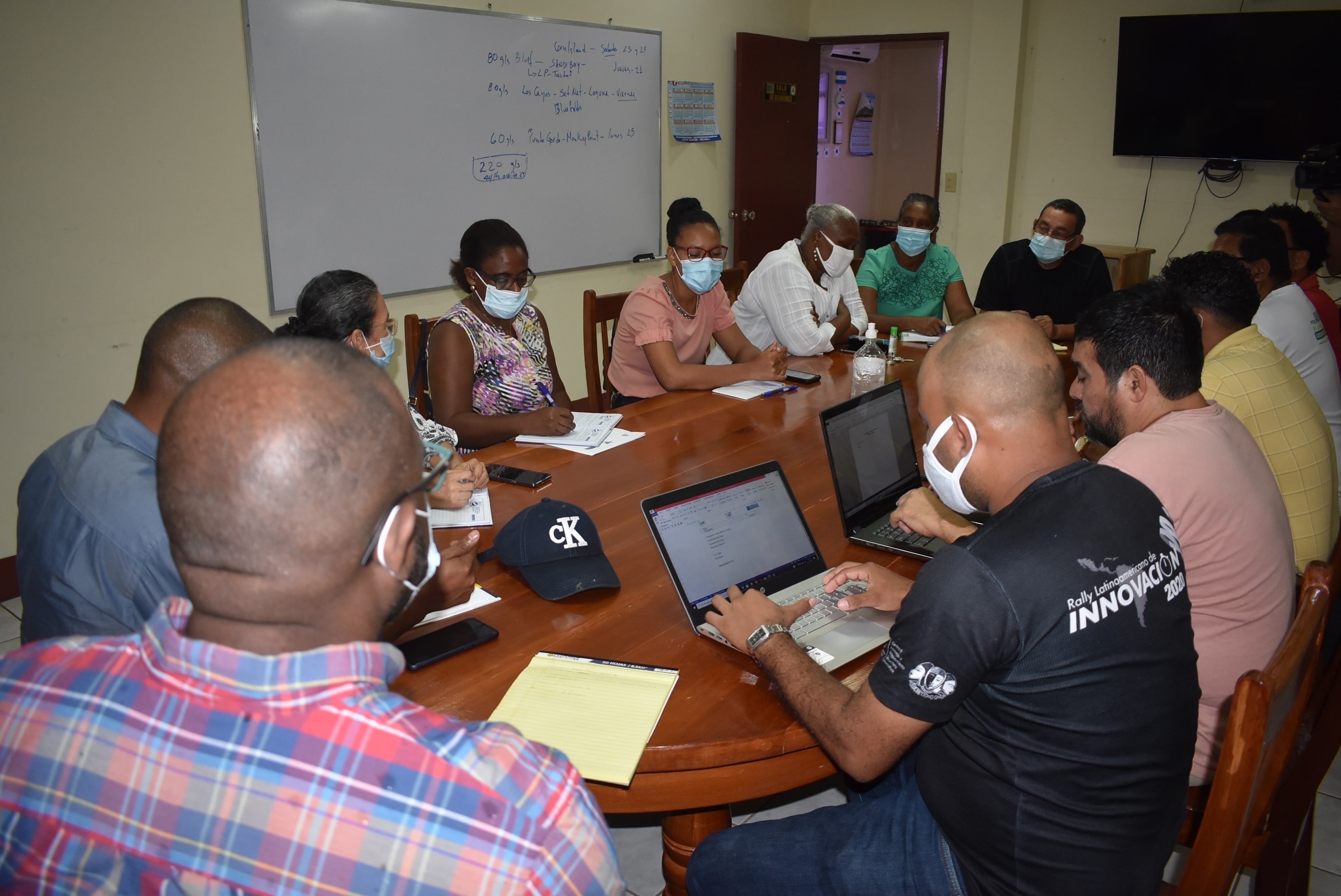 Interinstitutional Convention for the South Caribbean

As part of the agreement between the Regional Autonomous Council of the South Caribbean Coast (CRACCS), the Regional Government and URACCAN, a session was held to address the articulation between the university and government departments.

This session involved members of each of the instances involved in this agreement by the government, representatives of the areas of health, education, communication, among others.

In this sense, teacher Diala López, vice-chancellor of URACCAN Bluefields, said that "as a university it is very important to work together for strengthening and advances in our region and city, in addition, we have been working from each of our spaces to strengthen them and ideally articulate efforts to reach more people", he argued.

For his part, the Executive Director of the Regional Government, Danilo Chang, explained that "this collaboration agreement was signed in 2019, so that the three instances would launch actions that contribute to the development of the region," he explained.

Among the actions to be developed is the strengthening of Intercultural Higher Education, intercultural health, research, access to scholarships, mainly for indigenous and Afro-descendant youth living in remote communities, "also one of the strategic lines is the issue of production, intercultural communication, with this we are also working to strengthen our bilingual intercultural model that we have as a multi-ethnic and multicultural region" Chang added.

"The working session we are developing today served to define the lines of action that concrete what we have signed in this agreement, and we believe that this year we have begun with firm step to move forward in each of the plans," Chang said.

The reference framework for implementing this Convention is the development strategy of the Caribbean Coast; which is the driving base for the operational plans of the university and each of the secretariats with which the Autonomous Regional Government has.

The agreements included technical sessions by sector, and other areas set out in the Convention, to make a joint plan to generate that impact on the quality of life of the inhabitants of the South Caribbean, and it was also agreed to integrate the ministerial delegations of the region into these sessions.

Finally, it is important to note that this agreement is renewed year after year, to continue working on the established routes.