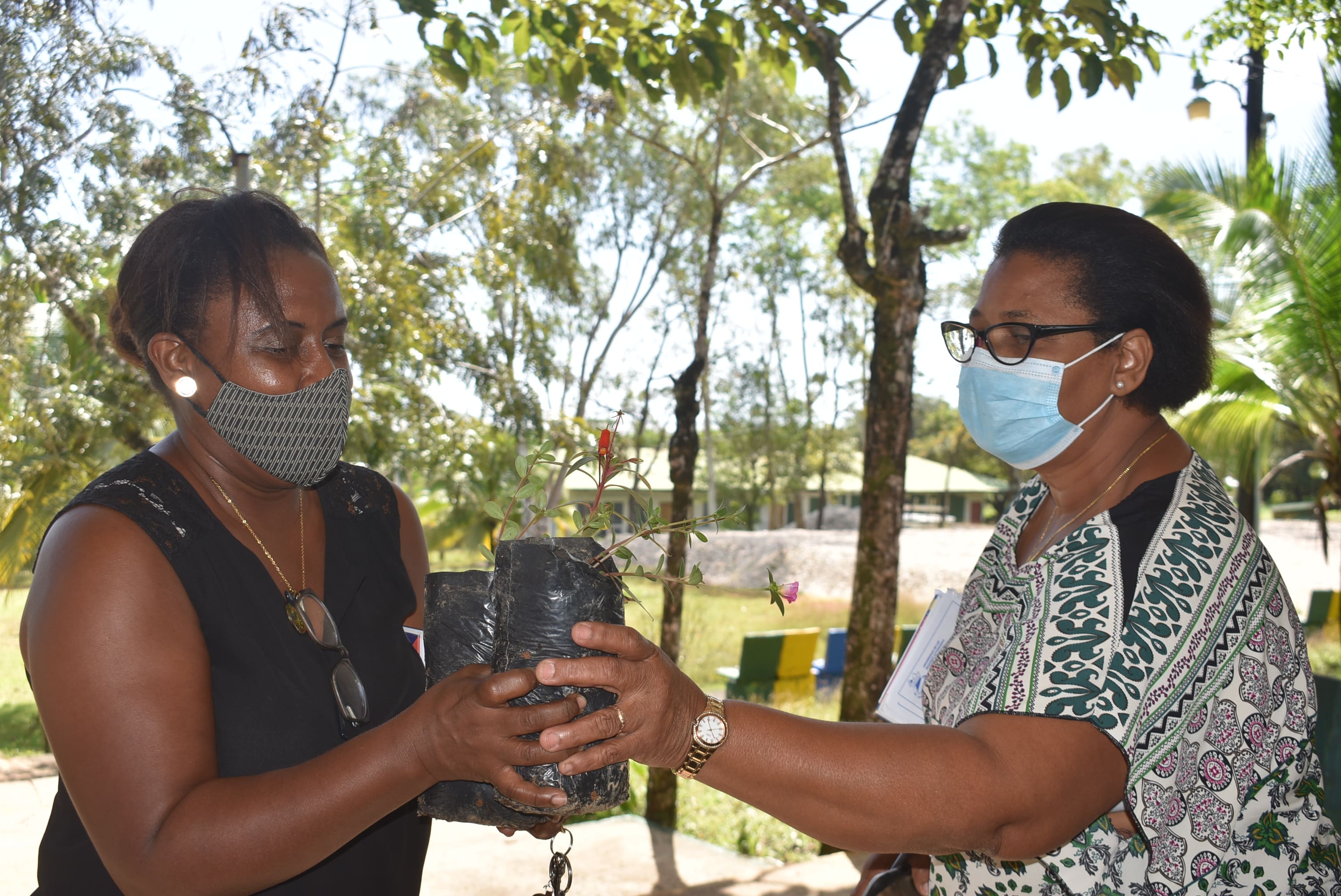 Within the framework of the National Day of Environmental Education, the Institute of Natural Resources, Environment and Sustainable Development (IREMADES-URACCAN), in articulation with the area of Science Technology and Environment (CTMA), of URACCAN Bluefields enclosure, an activity was carried out to promote and publicize the actions carried out for the care of Mother Earth.

During the event, there was an environmental fair in the enclosure, in which the members of this institute and part of the campus staff participated, offering natural products that have been produced from their own spaces, coconut water, nursery plants, among others.

As part of the operation and work for the preservation of biodiversity, IREMADES-URACCAN presented different work they carry out, such as the project of protection and preservation of Tapir or Danto, a species considered as "The Gardener of Forests".

During the activity, Mr. Marvin Solís, territorial technician of IREMADES-URACCAN, noted that "it is important to make known that all species are of vital importance, but in this case we are making known that we are currently working on the Tapir conservation project, so we want the population to know about the actions that are being carried out , this time we have posters with messages and images where we can observe the species in question," he said.

According to Solís, this species is of vital importance, as it is a seed dispenser that promotes the regeneration of forests and many people do not know this type of information, that is why, through this space, the necessary and useful information is provided for anyone who wants to know a little more about institutional work , which ensures the environmental good.