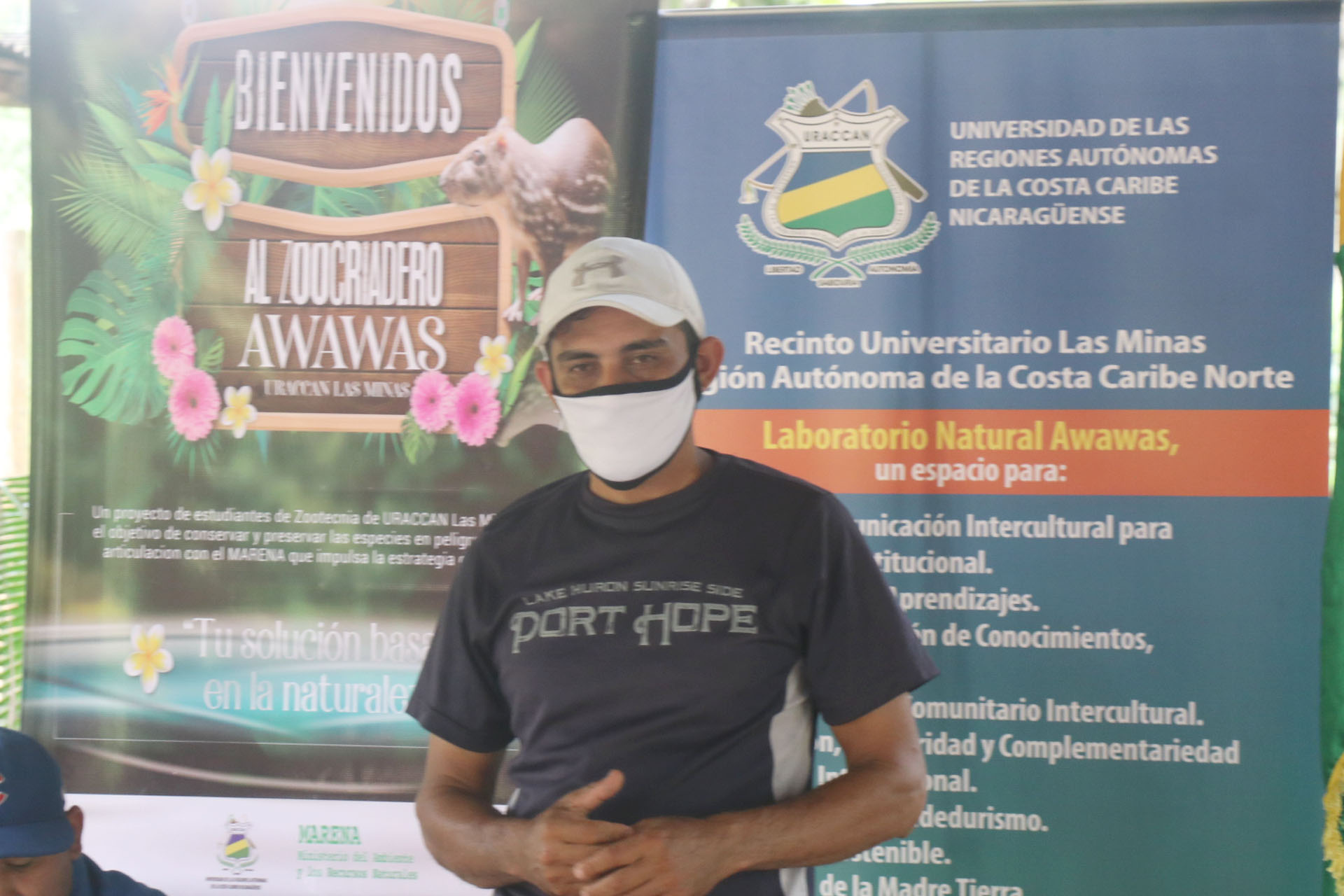 Ing. Ariel Ruiz, coordinator of the Awawas Natural Laboratory, where the zoocriadero is located.

The guardiolas are already playing and at some point will have to be released in the Bosawás reserve.

Authorities of the Las Minas campus and the Ministry of Natural Resources and the Environment (MARENA) inaugurated the Guardiolas Awawas Zoocriadero, which emerged as an initiative of the students of that campus to promote the conservation and reproduction of this species. This project is supported by the URACCAN authorities, because it is part of the Institutional Mission and Vision to care for Mother Earth.

Members of the National Union of Students of Nicaragua (UNEN) of Las Minas, authorities of URACCAN, the Guardabarranco Movement, MARENA and officials of Laboratorio Natural Awawas participated in the official delivery of the certificate signed by the Minister of Marena.

Saul Castillo, MARENA's delegate in Siuna, said that under the biodiversity framework strategy, "Your Nature-Based Solution," actions and policies are promoted to conserve wildlife.

Six zoocrimes have been declared on the territory of RACCN: one white-tailed deer, two tilapia, and with this would be three of rangers, the official said.

The delegate stated that "these procedures consist of the delivery of certifications for the protection of these species and captive reproduction is important, and today we give URACCAN a wildlife management license."

Engineer Ariel Ruiz, coordinator of the Awawas Natural Laboratory, said they have six rangers in the zoo and with it they will start with the MARENA license.

Engineer Luis Herrera Siles, coordinator of the Institute for the Study and Promotion of Autonomy at URACCAN Las Minas, assured that certification is part of the National Biodiversity Strategy.

La PhD. Leonor Ruiz Calderón, vice-chancellor of Las Minas, explained that "URACCAN Las Minas works articulately and that has ensured success in institutional management, this project that has come out since the academic has been successful because they are already being reproduced and at some point they will have to be released to reproduce in the Bosawás reserve and we contribute to the conservation of this species".