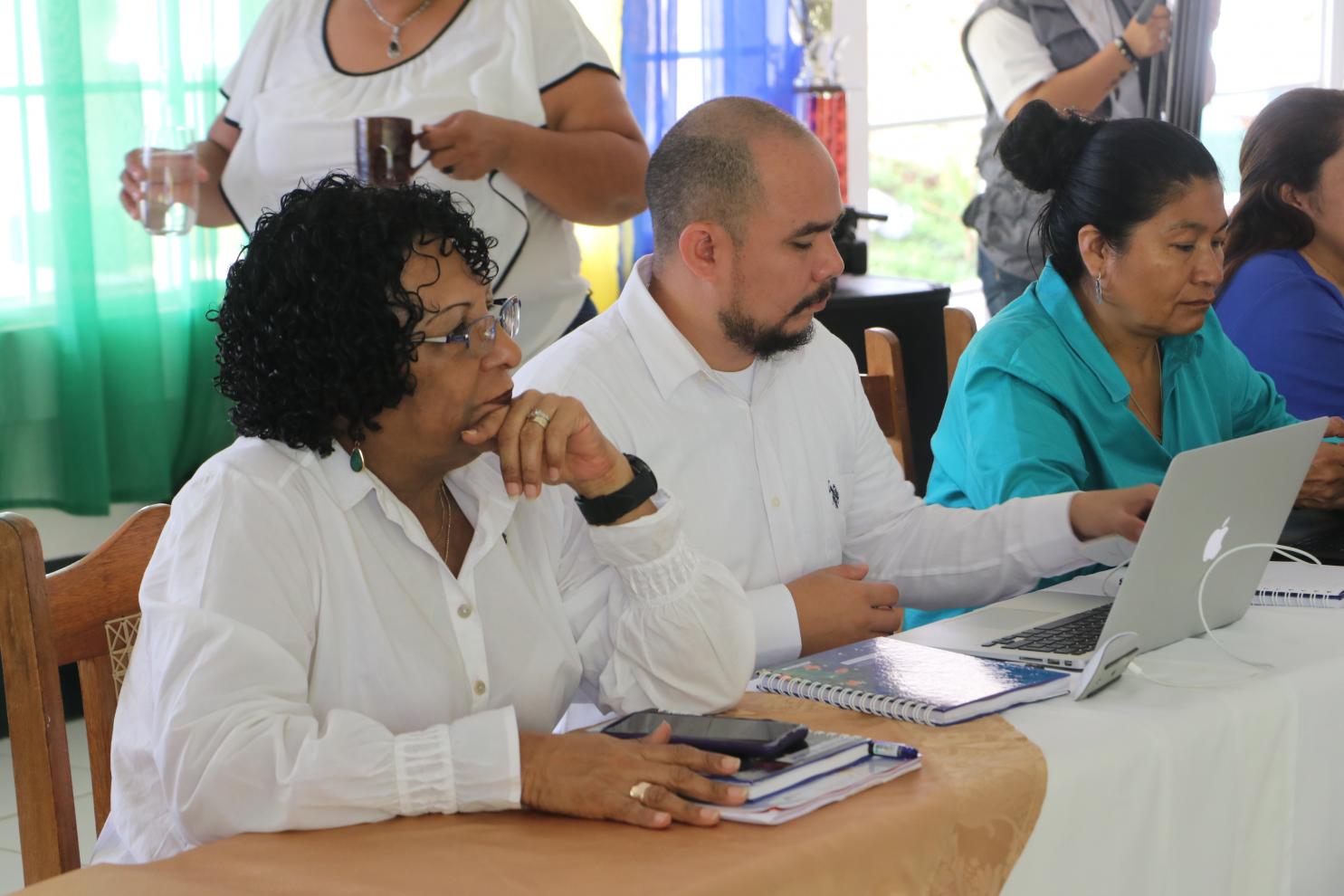 In URACCAN Bluefields enclosure is developed the Workshop on the Cultivation and Aging of Knowledge and Wisdoms (CCRISAC) carried out within the framework of the NORHED project "RUIICAY-HIOA Program for Linking in Intercultural Communication", sponsored by the Norwegian Agency for Development Cooperation (NORAD) and the project "Dialogue of Knowledge and Does, Eortaleciendo the Exercise of Autonomy", sponsored by SAIH, developed from Monday 20 to Thursday 23 January 2019 , in URACCAN Bluefields enclosure.

Among the topics developed in this intercultural dialogue workshop on the methodology of the Network of Intercultural and Community Indigenous Universities of Abya Yala, the Msc. Neydi Gutierrez, research coordinator of URACCAN Bluefields Precinct, explained that this model is the result of a participatory, respectful and deep process, built collectively.

Also, during her speech Dr. Alta Hooker, rector of this house of intercultural higher studies, emphasized the principles of CCRISAC, pointing them out as important in research, "Relationality, community, reciprocity, spirituality, interculturality, intercultural communication, among other principles that are fundamental to research was mentioned," she stressed.

In the same sense, the rector recommended that she carry out this process with the mixed-, indigenous and Afro-descendant students of URACCAN, to know their needs and promote interculturality and, in this way, to adequately train young university students to contribute to their communities according to their cultures, worldviews and spiritualities.

On the other hand, the CRISSAC researcher of the Intercultural Indigenous Autonomous University (UAIIN), Colombia, Lennin Anacona, explained, through a presentation, the research of indigenous people in the communities of Colombia, emphasizing that "A new research path is being taken, through an ancient symbol called the Chakana, a tool that serves to transcend a larger point that is complemented by the epistemological principle" Highlighted.

In this context, since the creation of CRISSAC, the rapporteur highlighted the realities and worldviews of each people, where spirituality is part of doing and feeling, "A reality that for the West is not accepted by the fact that we do not have a scientific proof, however, in the reality of our communities spirits are guides that guide. Then, when a process of indegation is done, the permission of the spirits must be taken into account," Anacona said.

In addition, the researcher mentions how this research process relates in a complementary way to Mother Earth, "In this way spirituality is lived from the context of the people being investigated," he said, adding that "Something important in this process is that there is no CCRISAC without spiritual experience, it compels that internal questioning between spirituality and religiosity, which lives on its own , since no one can experience spirituality for another," he added.

Finally, the CCRISAC researcher of the Amawtay Wasi (PAW) Pluriversity, Ecuador, Gerardo Simbaña, shared his own experiences on the relational symbolic experience path, contained in the CCRISAC and which provides guidelines for work in peoples and communities.

In this sense, the exhibitor related the processes of his research, highlighting the participation of communities from the conception of the idea to the creation and recreation of knowledge, wisdoms and does that strengthen their living and doing.