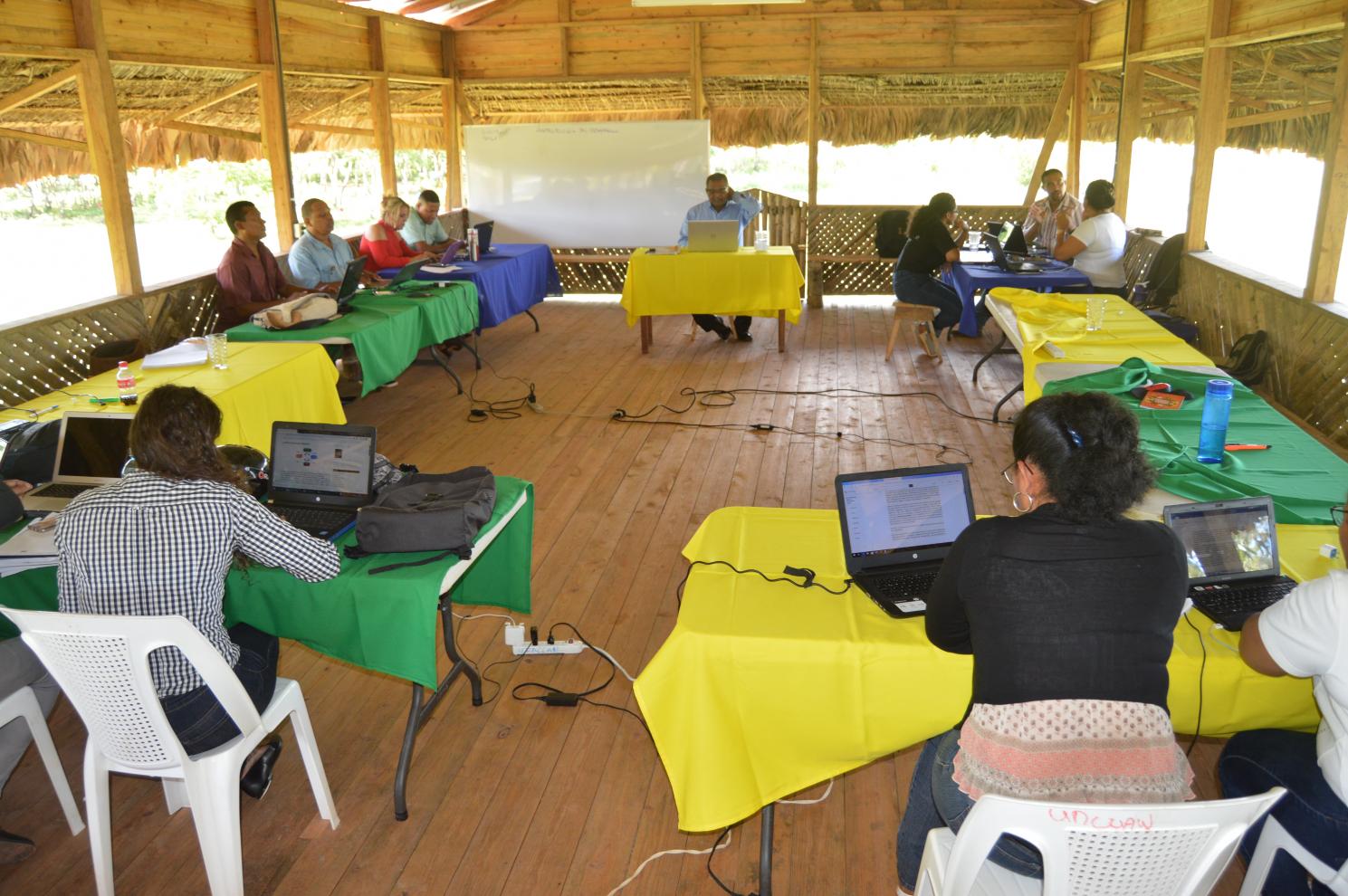 Students of the Master's Degree in Social Anthropology receive the V face-to-face meeting, corresponding to the module "Anthropology of Development", facilitated by the teacher Fidel Wilson, with the purpose of finding the elements of advances that the indigenous peoples, Afro-descendants and half-breeds of Abya Yala have had.

According to Master Fidel Wilson, facilitator of this module, throughout the week teachers will share the levels of development, "Whether in the political, economic, social and cultural context on the continent of Abya Yala, in this way the knowledge is expanded at the macro level, and then get to analyze the levels of development of the Caribbean Coast of Nicaragua" Pointed out.

Development of the Caribbean Coast

In this sense, the main theme for addressing the advances of the Caribbean Coast is the enactment of the Autonomy Act, which has been implemented since 1987, Master Fidel Wilson mentioned that this meeting is a dialogue of knowledge because knowledge is exchanged between students and teachers, in some cases because they are officials of the state institutions and the URACCAN.

To finish the course, an essay will be presented on improvement of the development model that is required for the Good Done and Good Living of the Peoples of the Nicaraguan Caribbean Coast, through the regional process that is being developed in the Regions.

Wilson also stated that while progress has been made in the regional process of the Nicaraguan Caribbean Coast, there are also some weaknesses, including, "How development is seen from the outside and how we view development internally because people have their own ways of seeing development which, to some extent, is in contradictions , but thanks to the presence of the University, the community, as well as the students themselves see what would be the best strategy to use the good outside and the good inside, make a synergy and get the positive to achieve changes in our region," the teacher concluded.