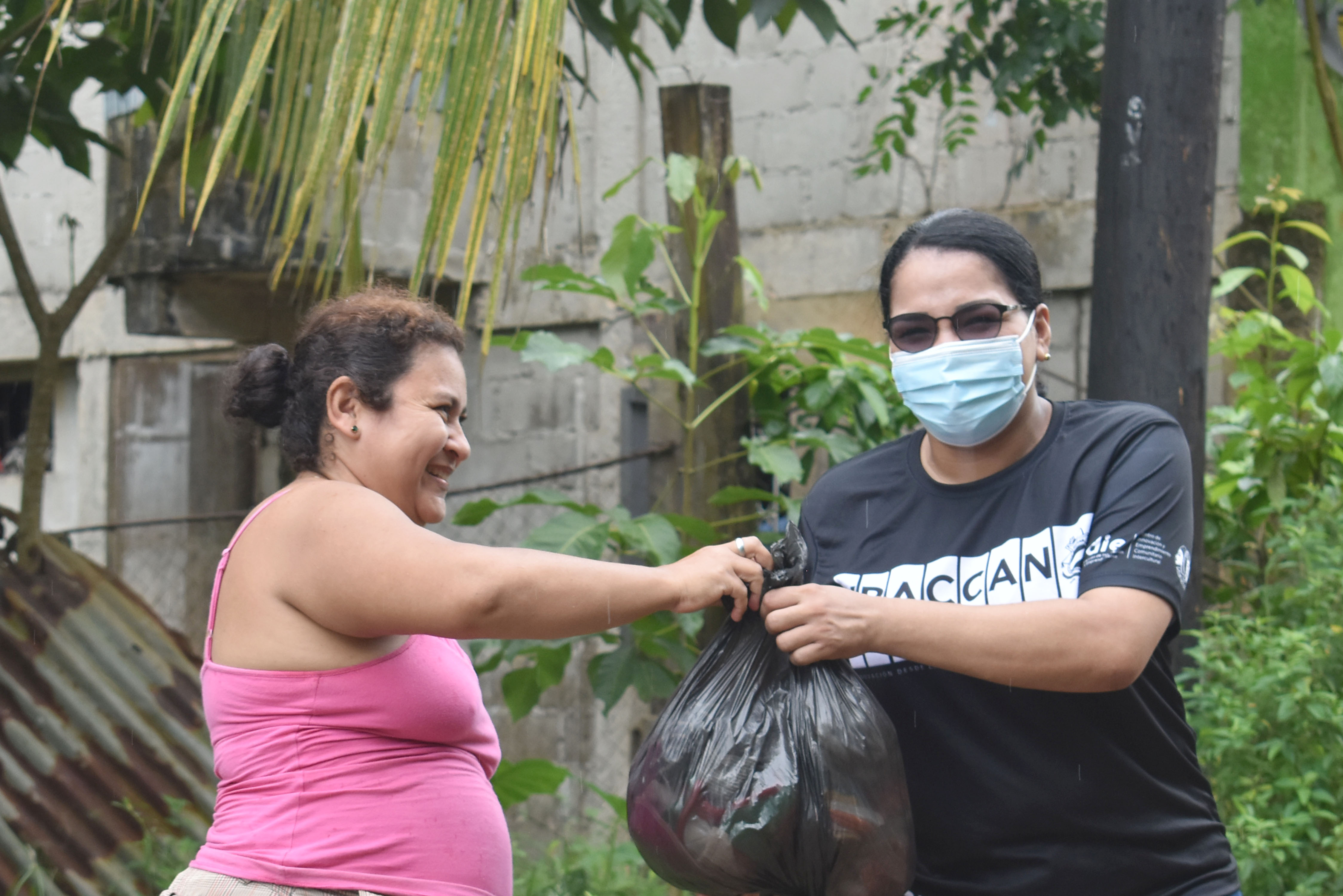 All URACCAN Community venues and media are simultaneously carrying out these solidarity actions.

The people of Bluefields have an immense heart and have shown full confidence in this university.

Faced with the dramatic situation faced by the brothers and sisters of Nicaragua's North Caribbean Coast because of Hurricane ETA and based on their immense love for the peoples living in the Autonomous Regions, URACCAN promotes a campaign of solidarity for affected families. In the midst of all this tragedy, this community university has served as a refuge and support for those affected.

In this sense, URACCAN's community communication authorities and media have taken a number of actions to collect basic necessities (food, clothing and medicines) and bring them into the hands of those affected, specifically in the North Caribbean, where Eta impacted with all their cruelty.

From the URACCAN compound in Bluefields he coordinated with the Mayor's Office, churches and civil society to hold a collection throughout the neighborhoods of the city, under the efforts and accompaniment of the teacher Diala López, vice-chancellor of that campus, and the teacher Ilenia García, director of External Cooperation.

In addition, among the established actions, work commissions were formed responsible for receiving and organizing donations, made up of groups that, on the university premises, receive the packages, make the respective inventory; Likewise, other groups are responsible for taking the tour of each neighborhood.

The Bluefileña population has shown a gesture of solidarity with the Brothers of the North Caribbean and their confidence in URACCAN, of knowing that their humanitarian aid will reach those who need it. For this reason, they have not hesitated to receive the groups of this institution that have touched their doors, contributing to this noble cause.

The Licda. Aleyda Gómez expressed his appreciation to the people of Bluefields, where "the population is contributing with great love and we as an intercultural community university are with the people, supporting and supporting ourselves in these situations".

It should be noted that the St. Matthew and New York wards have been visited so far, where there was a good outcome, as people donated a large amount of food, which were given to the Catholic Church to send the first donation to Bilwi's families.

Finally, the Licda. Gomez invited the rest of the missing neighborhoods to join this noble work. "Make your donation with love and affection so that we can get you to the families of the North Caribbean," URACCAN's civil service company said.