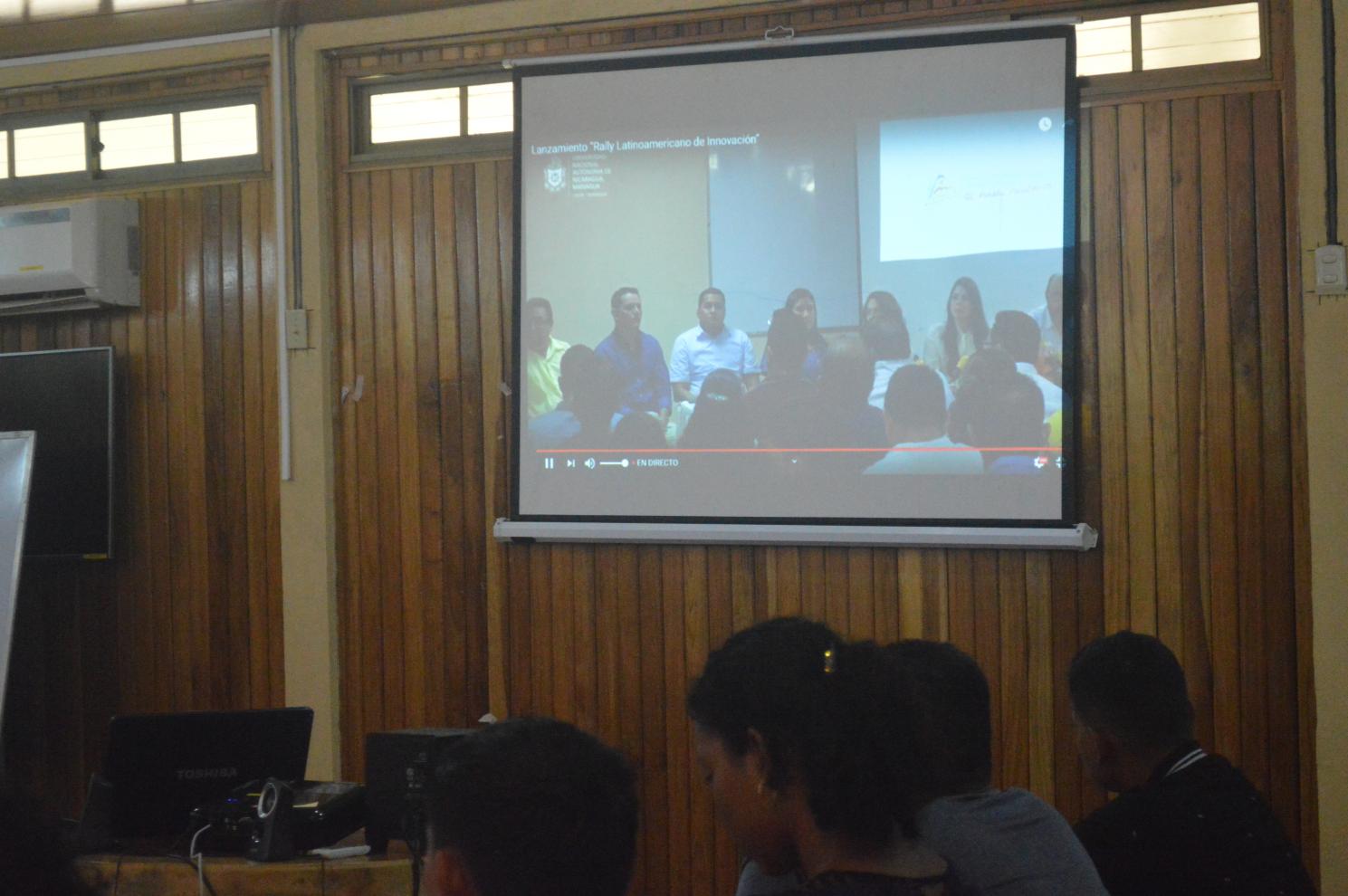 URACCAN, from its spaces of creation and recreation of knowledge, knowledge and doing in its university community, strengthens, promotes and participates in processes of innovation and entrepreneurship, with the constant and dedicated work from this area, having a Center for Innovation and Community Intercultural Entrepreneurship, Slilma, in the URACCAN Bilwi venue.

In this sense, the Intercultural Community University, in commemoration of its XXV Anniversary, participates, for the first time, in the Latin American Innovation Rally, being headquartered in the Northern Caribbean of Nicaragua, from its university campus Las Minas.This rally is an event that is calling for establishing and developing an open area of innovation in Latin American college students

The authorities of URACCAN, students and facilitators, participated in the launch of the Latin American Innovation Rally that was inaugurated by the Government of Nicaragua in Managua and Siuna, in the URACCAN Las Minas venue, in a virtual way, in the Carao auditorium.

In Siuna, the teacher Ariel Chavarría Vigil, academic secretary of the Las Minas campus, told the selected students, are boys and girls who can contribute, from practice, in the execution of entrepreneurship projects."We can, you know that knowledge in URACCAN is the same as in any university, we have to be willing to face these challenges and challenges, nothing is easy, everything has a sacrifice and that will be tested that day," the academic encouraged.

The 30 students have been organized into six groups and will have to join efforts to solve challenges that will consist of real problems that require a creative solution, not being limited only to the technological field, being able to be from various sectors of activities or social, environmental, organizational, artistic, logistical or other topics.

These teams will work physically in the headquarters located in the host universities or in the places that they, in potential association with other institutions, determine as physical headquarters.

In this sense, Chavarría made recommendations on teamwork, mentioning that "The challenge will be as a university and in the team there are multidisciplinary teams for you to interact with," noting that they should be seen as a single family with the other students.

For his part, the engineer Jasser Miranda, explained to the students the process that takes place in the Latin American Rally, mentioning that the six URACCAN teams will deliver a social innovation project and one in open innovation.

The objectives of this competition are enhanced by the stimulation of interdisciplinary, multi-level (different years of study), intercultural participation (different universities, countries or origin) and multi-ages within the work teams, convening students from different faculties: engineering, science, design, business or business administration, human and social science faculties.

Finally, this Latin American Innovation Rally will generate two rankings, the first on proposals with a high level of innovation, and the second on proposals of outstanding social impact. First and second place will be awarded internationally.