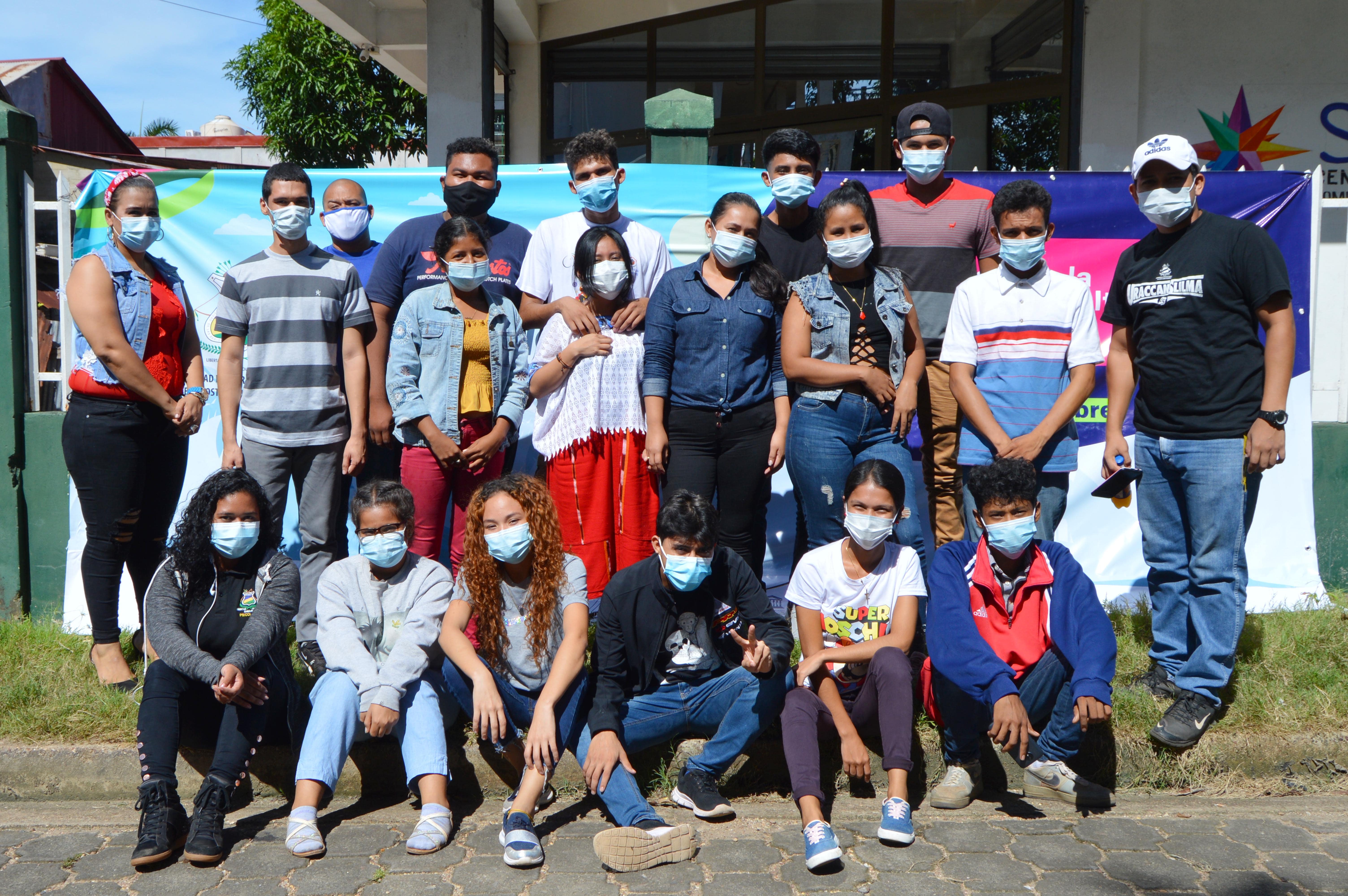 Young people focused their proposals on environmental and social problems.

Projects from the Intercultural Gender Perspective, by and for the peoples of the Caribbean Coast

URACCAN's Intercultural Communication team, led by MSc. Gilberto Artola, is accompanying the entire process of participation of the students who took on the different challenges of the Latin American Innovation Rally 2020. From Bluefields, New Guinea, Las Minas and Bilwi, they tell us how the process is progressing and what challenge each team chose, for which they will propose a creative, sustainable and innovative solution.

In the case of the Las Minas campus, 3 teams are working at the Kiulna Community Center and 5 teams develop their ideas in the library area. Intercultural communicator José Garth interviewed the young Marvin Granado, representative of the Modern Thinker group, who described this experience as rewarding and challenging.

Another team, Brilliant Minds, represented by Dania Lam, works in an ecosystem that prevents burnt or expired oil from ending up in the public grid and causing environmental damage, mainly by contaminating water networks.

On the same campus, but at library facilities, journalist Algiers Hernandez asked team representative Team Mineros Waylawas, Ivan Latino, what project they were working on and how they felt. The young man said they are also working on an environmental project that counteracts the problem of contamination caused by oil used in households

Moving to the URACCAN compound in Bilwi, intercultural communicator Neylin Calderón interviewed group representative Dynamic Team, Multicultural Context Psychology student Lizzbeth Mendoza, who explained that with her peers she is working on a proposal to mitigate loneliness in older adults and rescue their life experiences.

For his part, Ian Manuel Vílchez, of Systems Engineering, works with his group (Team Flash Proyect) in a guidance system for non-visionaries or visual weaknesses, but that does not require the Internet.

The young Guatemalan, student of Psychology in Multicultural Contexts and belonging to the Maya-Quiche people, Xib Ach Wel Ixmucané Ceto Morales, proposes together with Tecno-Creative Team a home system or device that prevents cooking oil from ending up in the public network and contaminating the underground water networks.

Finally, Hector Halford, of Systems Engineering and member of Team Innova Force, are working on the same project of the previous team, but with a different approach, starting from the fact that for every liter of cooking oil that ends up in the drain a thousand liters of water are contaminated. The solution of these young people is then intended to be renewable, sustainable and economical.

The young women of the Bluefields enclosure took on environmental challenges, as they are focused on reducing the risks of water source pollution, according to the worldview of the peoples. Another challenge is titled "Angel Wings," which seeks to help people with disabilities engage in recreational activities. Another group has set out to develop an innovative alternative to maintain the knowledge and good practices of the elderly and the elderly. During the day, the different groups have coordinated in terms of the search for information and distribution of work.

At the New Guinea venue, where the spreader Judith Robleto interviewed the university students participating in the event, four teams were formed. "Kameeb.NG is group number 4 and works on a system or device that helps the proper handling of waste oils. Meanwhile, the team called Kenzad.NG is organized to work a guidance system for the visually weak or non-seers, as is the team of Muguiwara.NG.

For its part, the Omega team works on an idea to take advantage of the experience and at the same time avoid the loneliness of our older adults, who represent the most vulnerable social group. Young people, from all teams, are researching, approaching and promoting systems to kick-start their ideas, which will later be reflected in a 2-minute video.

Throughout the different interviews, students thanked URACCAN for their unconditional support before and during the Rally process.In addition, they ensured that the choice of their challenges was linked to the Intercultural Gender Perspective promoted by their university, through which they have made a commitment to serve their communities and promote development with the identity of the Caribbean Coast.

This event is sponsored by the Caribbean Regional Communications Infrastructure Programme (CARCIP), implemented by Telcor, with funding from the World Bank, and the Norwegian Student and Academic International Assistance Fund (SAIH).