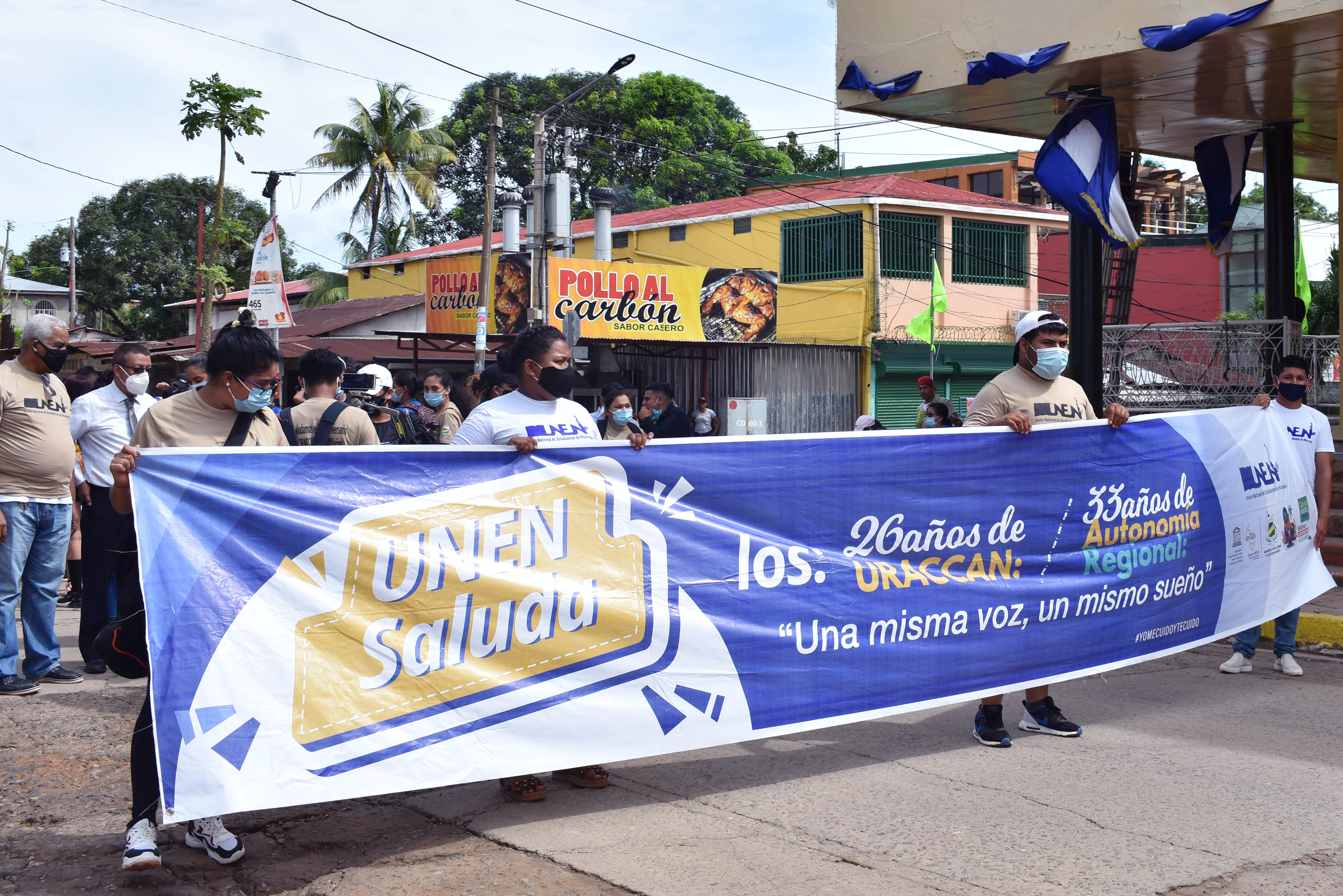 These spaces strengthen the integral development of the student, said the Director of Student Welfare of URACCAN.
URACCAN Nueva Guinea

This Saturday, October 17, from early hours, student sportsmen from the different races of the URACCAN campuses in Bluefields and New Guinea, met in the "City of the Blue Fields", with the purpose of greeting the 26 years of foundation of this Intercultural Community University and the 33 years of promulgation of the Statute of Autonomy, through sports experience.

Student teams were accompanied by vice-chancellors from both territories, as well as student leadership, student welfare management, as well as authorities and permanent workers from the host compound. The company of the student leadership of the National Agrarian University (UNA) was also counted as a guest of the event.

La PhD. Diala López Lau, vice-chancellor of the Bluefields venue, welcomed the participants and authorities of the New Guinean venue, and stated that "this sporting meeting is a continuity of the one that took place in the New Guinean compound, comes to express the bonds of friendship, companionship and solidarity between the two venues".

In this same sense, the PhD. Eugenio López Mairena, vice-chancellor of the New Guinea precinct, stated that "from the university it is our commitment to sport, to recreation as part of the training process and it is from these exchanges that it allows us to strengthen that URACCAN is a single university, even if we are in different territories geographically, for us the month of October is a month to celebrate our anniversary and the anniversary of autonomy".

This sporting meeting is the second held between students from both venues. According to Professor Lesther Molina, Director of Student Welfare at URACCAN, this event was held "knowing that we are a single university; these encounters allow us to strengthen that brotherhood and get to know each other among the enclosures." In addition, he added "that these spaces strengthen the integral development of the student".

Meanwhile, Orlando Tórrez, a member of UNA's National Union of Students of Nicaragua (UNEN), said that "we are establishing both sporting and academic ties that strengthen the abilities of each student."

Finally, teacher Heydi Guillén referred to the event as "a space that strengthens the relationship between the venues and contributes to the strengthening of the learning teaching process of our university.

The event of an entire day, also featured the participation of the Caribbean population that joins the sporting and anniversary celebration of this house of studies, of local, regional and international reference.