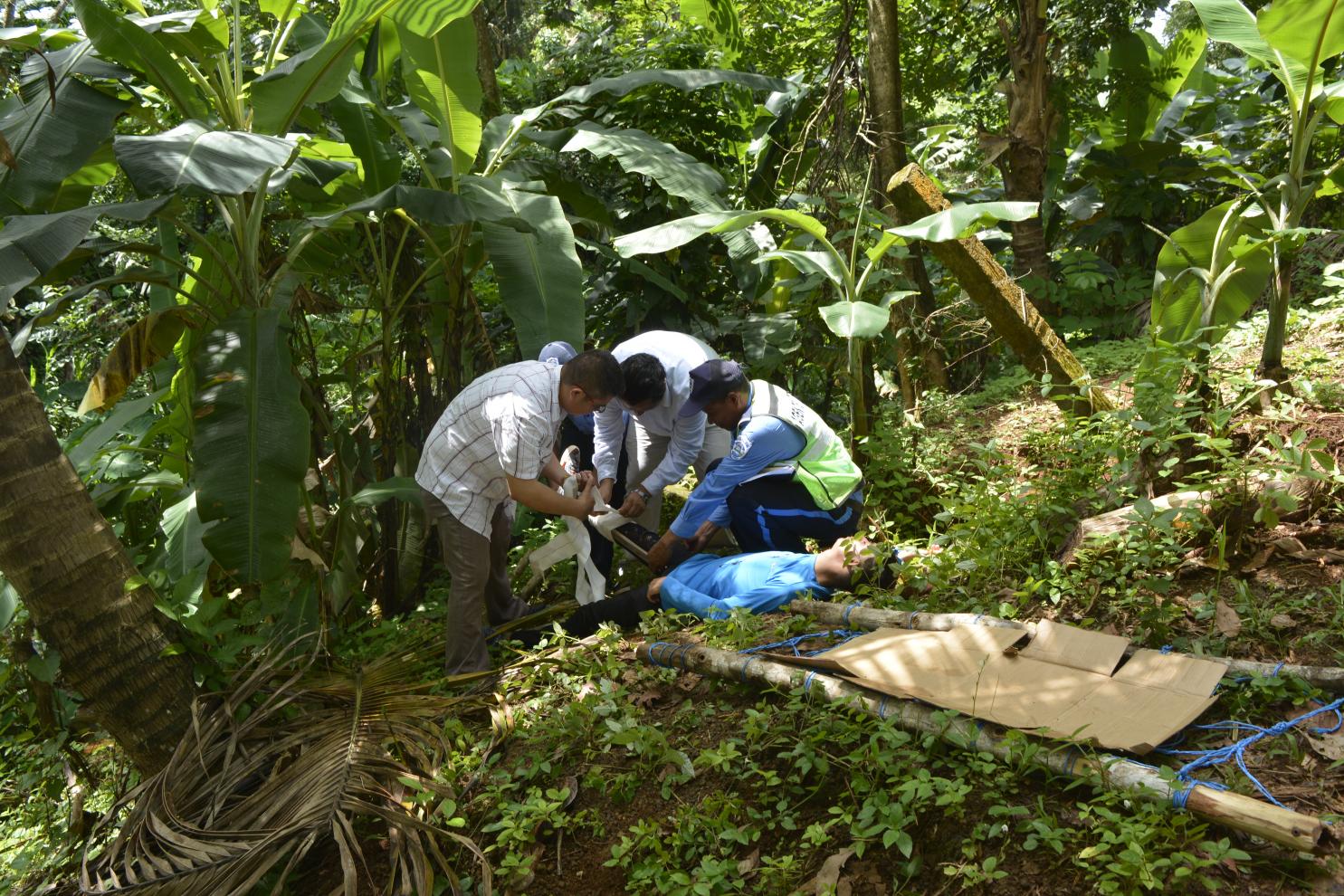 This Thursday, September 19, 2019, URACCAN, from its enclosures and extensions, participated in the third multi-threat national drill.

On the Siuna campus the event was that a tree fell in the cellar leaving the manager of the bogeda Eliel Martínez pressed, the brigade had to rescue him and provide him with first aid care to be referred to the care center.

Hazel Salgado Téllez, chairwoman of the joint occupational hygiene and safety commission at URACCAN Las Minas, detailed that the exercise was a success due to the speed with which the rescue and first aid brigades of the university campus acted.

Also, in the Liaison Office in Managua, it was carried out under the hypothesis of an earthquake of 7.3 degrees to 25 kilometers deep and 85 kilometers off the coast of Casares, Carazo, which was perceived throughout the Pacific coastal area and caused damage to homes, churches, markets, schools, fall of the power line in almost the entire department of Carazo.

In the University campus of URACCAN New Guinea, 2 scenarios were established, allowing evacuation by flooding and beatings; activities achieved in 2.50 minutes of real time and was attended by the university community in general, municipal authorities, members of the Army and National Police. According to official information of this study house, 303 people participated, of whom 160 were women.

At the URACCAN Bilwi compound, the hypothesis of a 5.2 is created on the Richter scale, the scenario used was that the library's staff were heavily injured, the way the search and rescue brigade, made up of administrative workers, students and teachers, was activated, in the same way the first aid brigade, coordinated by health sciences and students of intercultural medicine , gave immediate attention to the wounded, this drill was coordinated by the Institutional Committee for the Integral Management of Civil Risk of URACCAN, made up of the vice-chancellors, academic secretary and some area coordinators, in this drill participated the entire university community of the campus.