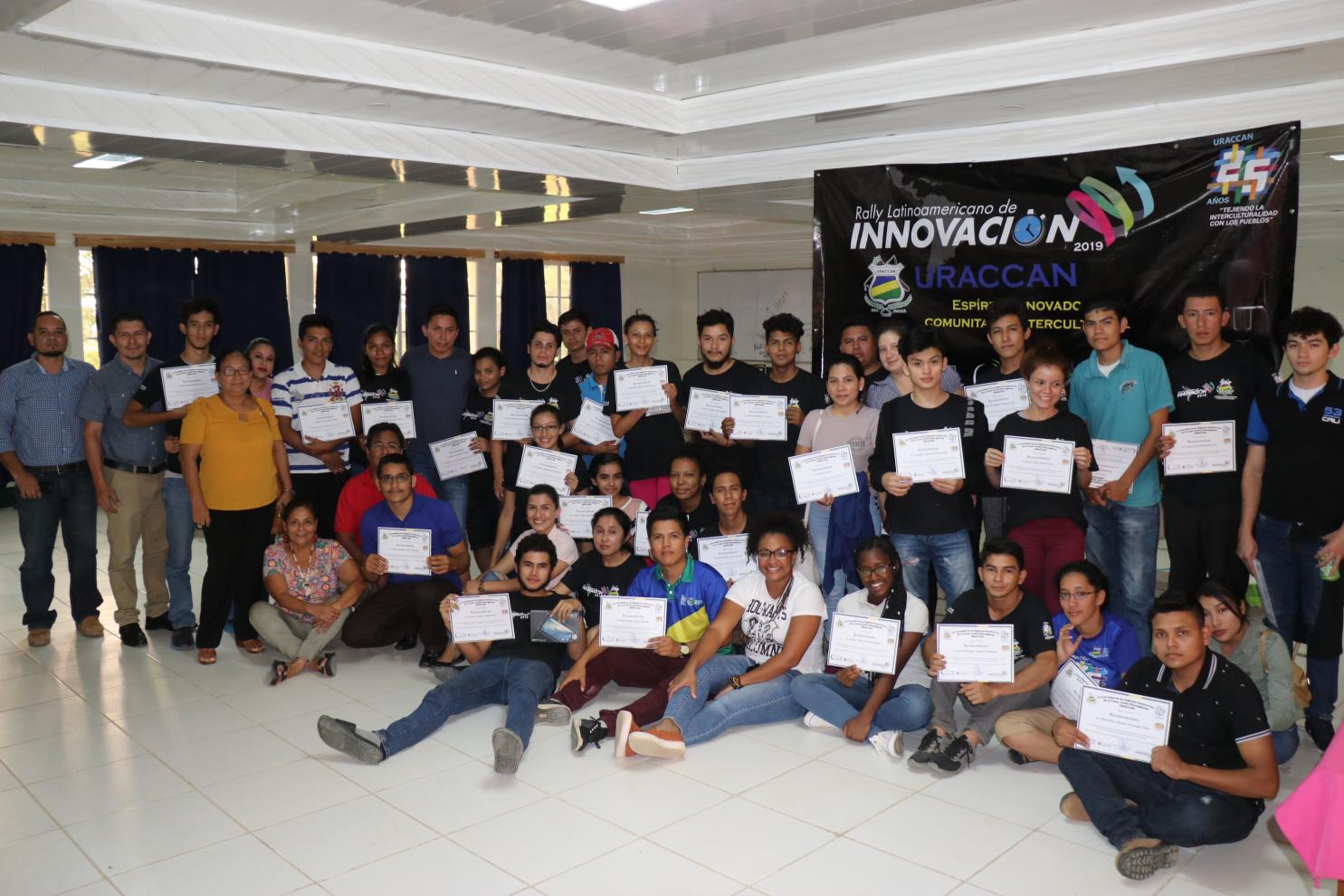 Six projects of the students

The teams that formed for the Rally were Jhane, Lukan Raya ba, Sos, Here I am, Nova Abjam, Power Coast, Scanbot, and Team UDC, after learning about the nine challenges established, once the Rally was inaugurated by the authorities of Nicaragua and Latin America, according to the information provided by Elkis Aismara Ortega, coordinator of the Latin American Rally at URACCAN.

For her part, Heydi Forbes, coordinator of the Center for Intercultural Community Innovation, Slilma, at URACCAN Bilwi campus, mentioned that from the center the Innovation processes in URACCAN have been promoted, through concrete actions, projects and spaces that enable the participation of all.

In addition, Ada Madrigal Ramírez, from the Center for Multi-Ethnic Women's Studies and Information (CEIMM-URACCAN), commented that the intercultural gender perspective is an issue that students put into practice within the Rally, an effort that is supported by Norwegian students and academics from SAIH Norway.

According to the participants, students from the different URACCAN campuses, this scenario was an opportunity and is important because they socialize and implement the knowledge learned, in addition, allowed them to discover other skills as well as teamwork.

In addition, according to Margarita Molina, delegate of the Ministry of Education (Mined) in Siuna, who served as a jury, said that she was able to appreciate that the boys made a great effort to be in the rally and is pleased that URACCAN participates in these international processes, as it means a contribution to the Caribbean Coast and the country.

In this regard, Leonor Ruiz Calderón, vice-chancellor of URACCAN Las Minas sent her congratulations to URACCAN students and encouraged them to continue to develop these processes in their personal lives as the experience gained is essential to continue training in URACCAN. "I'm sure each of you has an apprenticeship, an experience and that's what it's worth, they're all winners," she said.