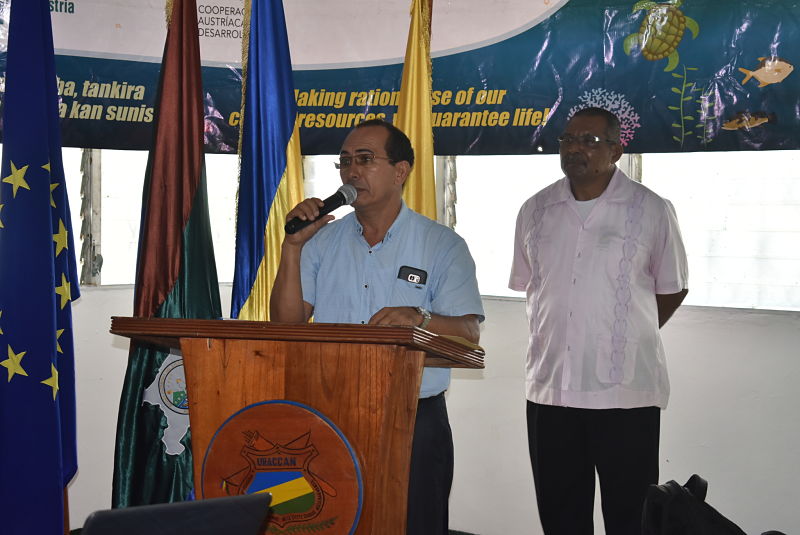 United by the sustainability of coastal ecosystems

As part of the celebrations of the XXV Anniversary of the URACCAN, the II Bi-Regional Forum on Governance and Marine Conservation began under the slogan "Together and together building sustainability perspectives for the joint management of the Miskitos Keys and Pearl Keys", with the participation of the authorities of URACCAN, European Union, Bluefields Indian & Caribbean University (BICU), and special guests.

In addition, this activity was carried out in greeting the XXXII of the Promulgation of the Law on Autonomy in the Autonomous Regions of Nicaragua, which is why the entire university community concentrated to know the work of this project on the conservation of coastal ecosystems that were impacted by Hurricane Felix in 2007.

The Phd. Enrique Cordón welcomed each of those present, state institutions, territorial governments, and representatives of the South Caribbean, in addition, Cordón stated that celebrating the 25th years of the URACCAN "It is a time to thank all the people who have made this institution possible, but it also means that we give a stop to evaluate ourselves, to know that we have walked so much and that we must do so much" Pointed out.

Finally, Cordón recalled that since the enactment of the autonomy law and the realization of the development plan of the regions, it was analyzed that the main thing that was needed in these territories was an institution of higher education, that is why the idea of creating own universities was thought "and from there it is that the two local universities emerged" Ended.