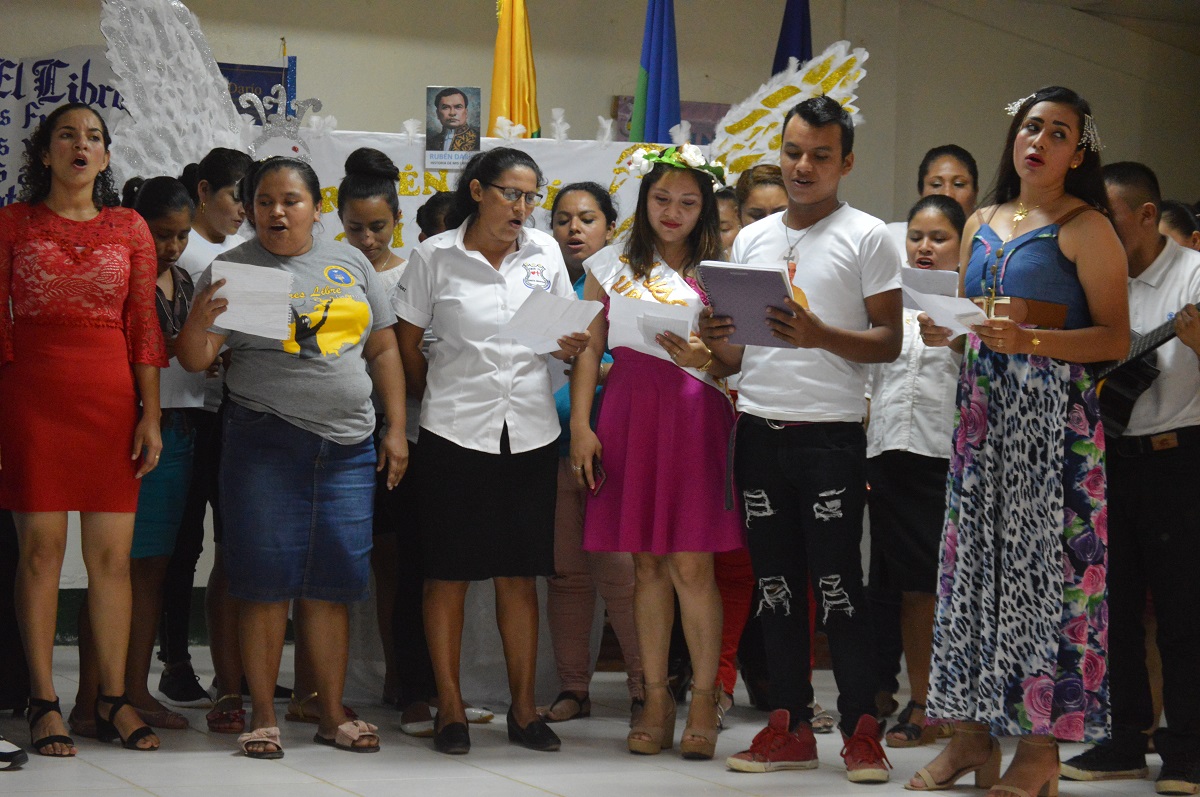 At the Las Minas Campus

Students of Education Sciences (Mathematics, Biology, Physical Culture and Language and Literature) of URACCAN, Campus The mines celebrated the 153rd anniversary of the birth of the universal poet Rubén Darío, the greatest exponent of literary prose.

Each of the races was represented by a Dariana muse, as well as dances, songs, poems and compositions, a waste of artistic creations, a cultural evening where everything revolved around the life of the national poet.

Vielka Pastora Orozco, a student of Physical Culture, said that for them this tribute means "reviving something that has never been lost, always keeping in mind customs and traditions, in addition to always putting our university on hold, because it is pending that we can relive that thought of our great universal poet Rubén Darío".

He added that as educators they are on their way to what is their poetry, their verses, "when we read something with our students we always remember him."

Similarly, student Arcides Gonzales, from the Language and Literature career, stated that as teachers they teach their students the life of Rubén Dario and what he represents for Nicaragua.

Likewise Adrián Rosales Méndez, of the Mathematics career, expressed "Rubén Darío has not died is present in our hearts and is still alive for us, with this tribute we give that merit to our great poet who for many years has transcended history and will continue to do so because for us he is the best poet in the whole world" Emphasized.

Luz Marina Loza, a biology student said that year after year the university celebrates its anniversary with the student and for them it is a great honor to remember their poems and stories "this joy celebrate Rubén Dario marks us as teachers because we bring to our students that important message of our great poet".

The students demonstrated their talents and in the end a qualifying jury chose the 2020 muse of Rubén Darío, resulting as the student of Education Sciences with Mention in Physical Culture, Vielka Pastora Orozco.