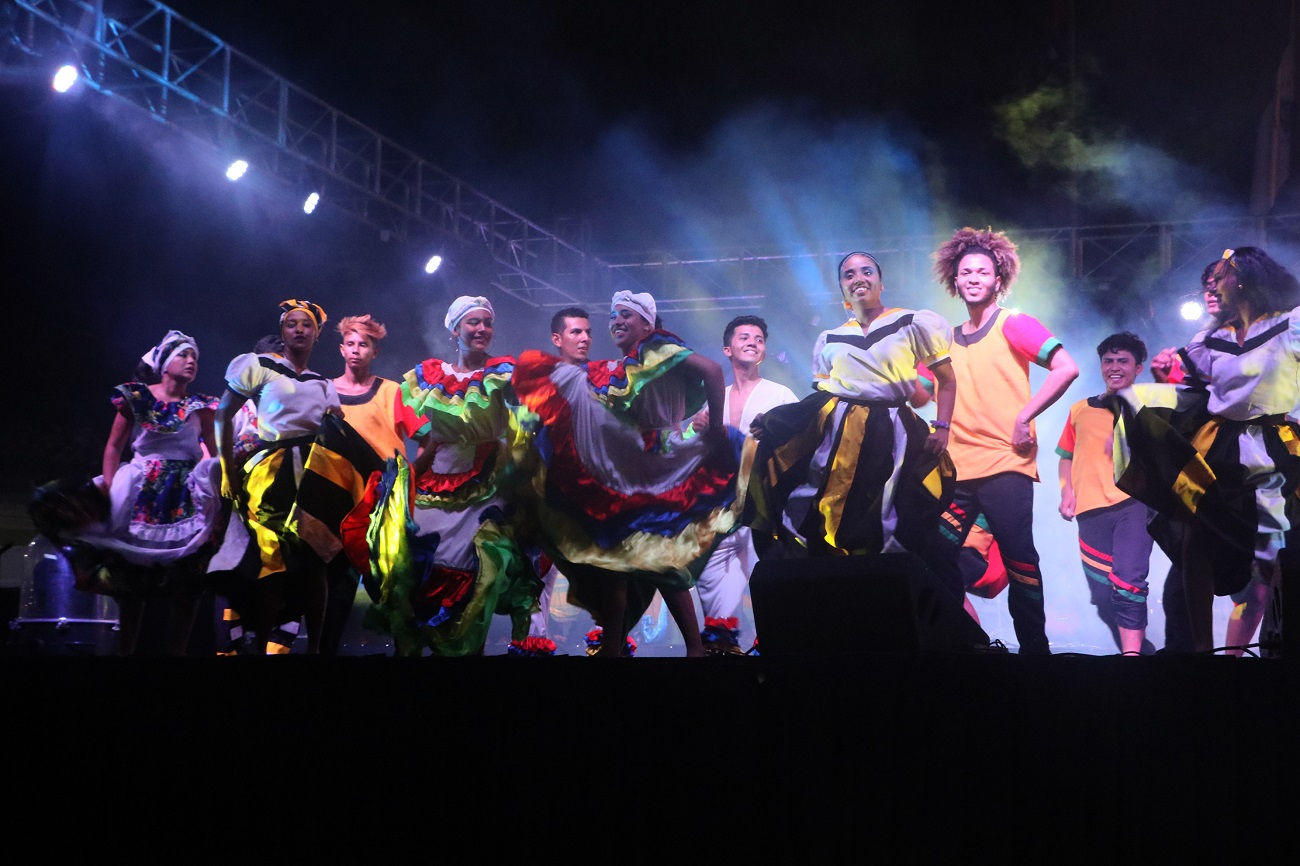 URACCAN, the highest representative of the multiculturalism of Nicaraguan peoples.

The First International Festival of the Arts, "Rubén Darío" 2020, closed with a tribute to the coastal music and indigenous dances, represented by the University of the Autonomous Regions of the Nicaraguan Caribbean Coast, (URACCAN).

In this sense, the coastal singer-songwriter Anthony Matthews, one of the main promoters of the coastal music was the honoree of the night, by the Cultural Movement Leonel Rugama, who were in charge of opening such a magnificent event that it caught the attention of national and international tourists and inhabitants of the Granada city.

"We still honor the tour and legacy of the King of the May Stick, and we do so through music, dance and plays, in which we intend to show the childhood and childhood of Anthony Matthews in Bluefields, who has always transmitted his Caribbean culture and traditions," said Kevin Valverde, Cultural Promoter of the Leonel Rugama Movement.

But no doubt everyone was attentive and attentive to see the intervention of URACCAN, who was in charge of making those present dance and enjoy their peculiar and contagious demonstrations of dances and dances originating in the Coastal peoples; nationals and foreigners enjoyed every interpretation noticed on their faces.

URACCAN as always showed the diversity of cultures, clothing, ethnicities, music, tradition and religiosity that characterizes them as Caribbean peoples, that night was extolled and enriched not only the members of the URACCAN dance group, but also represented each community, people and family of the Caribbean Coast.

According to Cleopatra Montiel, UNI's cultural representative and Festival Coordinator, said that the festival was more than a success, although expectations were not these, but they were better, she also highlighted URACCAN's valuable participation in the festival" and said she was happy about everything they've achieved.