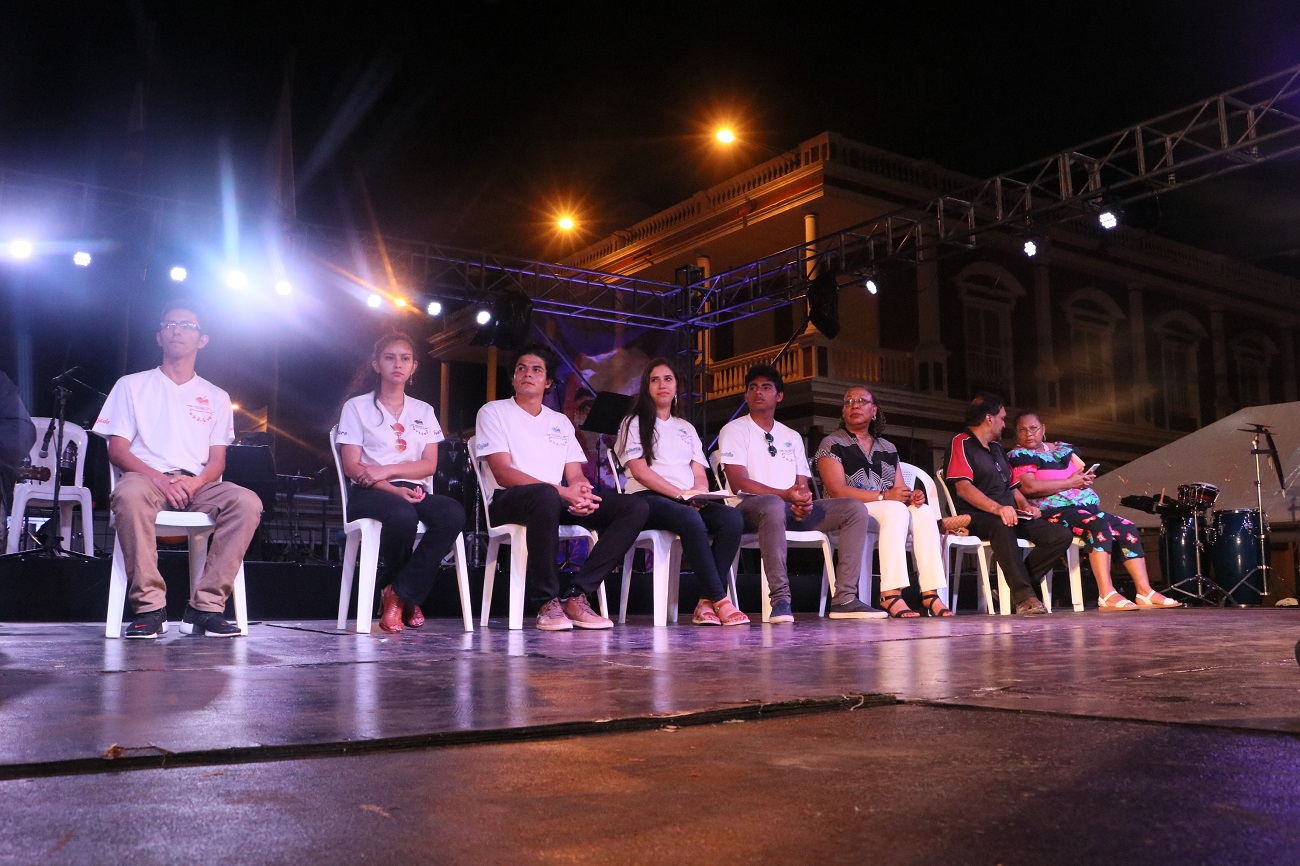 URACCAN shows diversity of cultural talents at the Arts Festival

At nightfall, the lights came on and the Gran-American people came together to participate in the last day of the First International Festival of the Arts "Rubén Darío" 2020, where the University of the Autonomous Regions of the Nicaraguan Caribbean Coast, (URACCAN), continued to show culture, tradition and diversity, including through poetry, students from the Las Minas Campus , were responsible for standing out with the exclamation of poems by their authories.

The opening words were given by Hector Avellán who emphasized the importance of Caribbean peoples in the expression of literature in each of its splendors such as poetry, stories and novels.

"I have always tried to address short and complex metaphysics, but with a lot of interpretation, that's why today I decided that the poem I will declaim takes by title (You have escaped me), a very enriching poem for those who will read it," said Eddy Salgado, student of the URACCAN.

National and international writers were part of the festival, among them the participation of "Asociación Zarzales" of the Garífunas brothers of Honduras who showed visitors, poetry expressed through music and dance, to this activity were made present countries such as Cuba, Spain among others.

"In every poem I've written I've always tried to relate them to the humility and difficulties that as human beings we spend day by day, (Innocent) is a poem that for me reflects the experiences and experiences that peoples and human beings live as such," Bryan Rojas, a student at URACCAN, said.

The University of the Autonomous Regions of the Nicaraguan Caribbean Coast, URACCAN every day opens to show the multicultural diversity they possess, and shows this, is that they are increasingly in addition to the participation of coexistence activities which will serve and contribute to the transmission of the coastal roots.