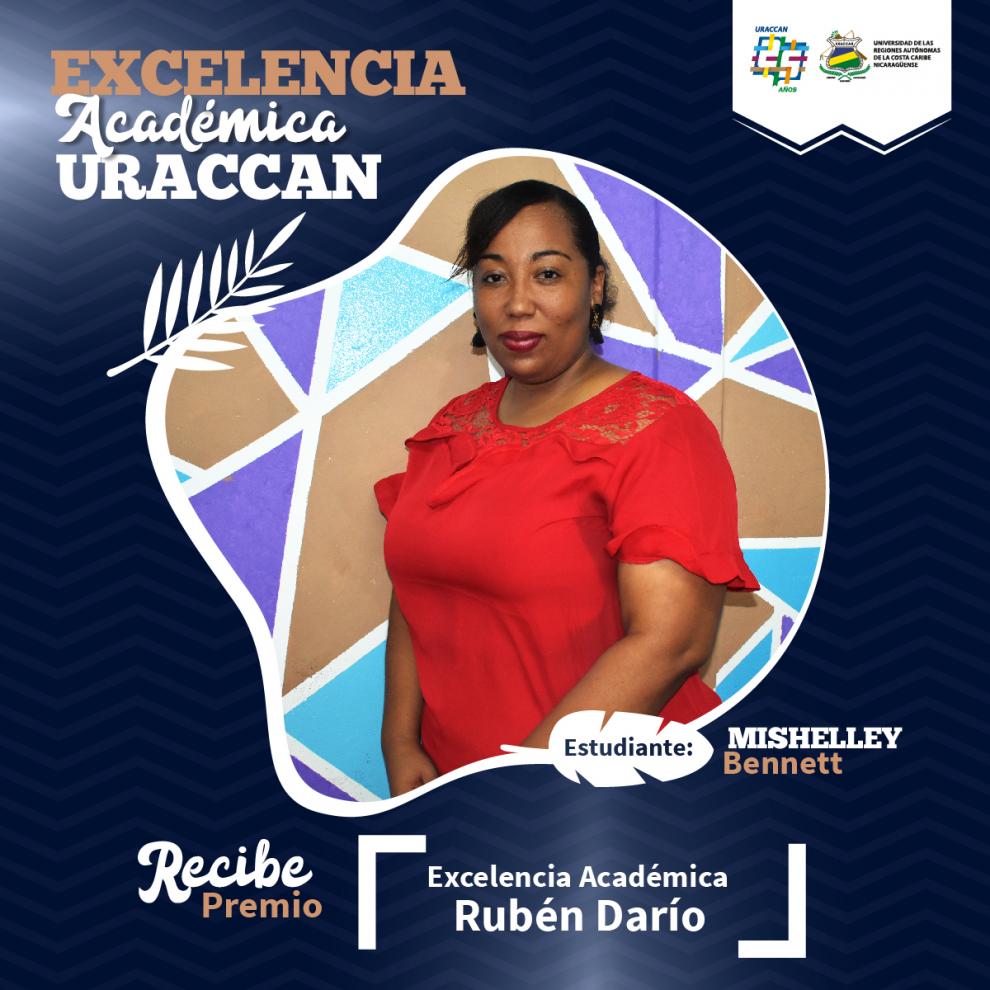 The Intercultural Community University, URACCAN, will participate in the award ceremony of the rubén Darío 2019 academic excellence award, to be held from October 22 to 24, in León, with the participation of 24 universities members of the Central American University Higher Council (CSUCA).

The Regional Award for Academic Excellence "Rubén Darío" is established by Agreement Ninth of the XIII Ordinary Session held in the Republic of Panama in May 2005, by the Regional Council of Student Life (Conreve), which meets on the same date in León and of which the directors or vice-chancellors of student welfare of the 24 universities and student presidents of these universities are members

This year, by URACCAN, the student awarded this distinction will be Mishelley Bennett, student of Education Sciences with mention in English, who mentions being honored for receiving this recognition, thanking and mentioning how important her training in URACCAN has been for her professional and personal life.

"URACCAN is a different university, it is created just to measure for the Coastal peoples, its doors are open to all people, regardless of their economic, social or cultural condition. My experience here at URACCAN has been very positive from the first moment I visited the facilities to register I was able to perceive in the environment the cultural diversity that was at the time and from that day I knew I was in the right place," Bennett says.

The Conreve, through this award, recognizes the effort, perseverance and constancy in the academic excellence of the students in the universities that make up the Central American University Higher Council and the Dominican Republic.

"For me it is an honor, a privilege to be part of this community university. URACCAN University contributes to the tolerance and promotion of peoples' thinking, this is interculturality, respecting the ideology of everyone, no matter where it comes from," Bennett adds.

This award is created as a recognition for those academically distinguished students who excel in the development of scientific, technological and humanistic knowledge of the various branches of knowledge.