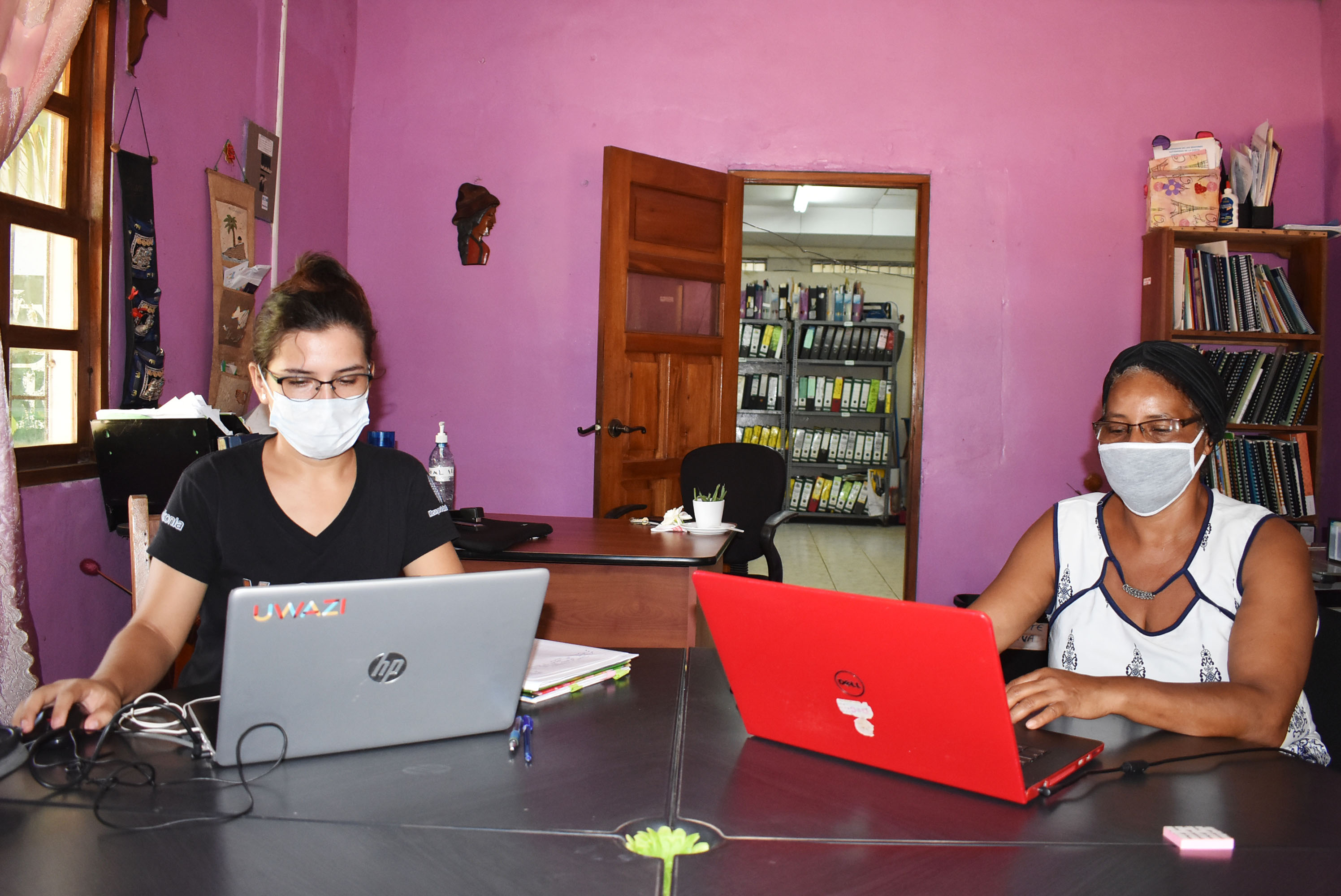 MEMBERS of the CISC, in the process of reviewing the proposals developed during discussions with minority groups.

CEIMM shares with an impact on minority groups

As part of the Bluefields campus's "Decolonization and Depatriarity from Education" project, CEIMM-URACCAN of the Bluefields compound is monitoring the action plans proposed by LGBTI groups, groups of people with disabilities, single women and victims or survivors of violence, as well as indigenous and Afro-descendant groups, who participated in a cycle of discussions promoted by this instance.

The discussions referred to were conducted under the slogan "University, Communities, Decolonization and Depatriarcalization from Liberating Education with Intercultural Gender Perspective". Through them, working sessions were conducted with the aforementioned groups, from which action plans designed by the same participants resulted, in order to solve the different problems that have affected them historically.

Plans and lines of action proposed by groups

In this regard, Professor Antonia McCoy, coordinator of CEIMM, says that "they have already developed their proposals, we are now in the stage of reviewing with them and concrete the actions that have been taken to be able to make an impact within the university and other instances that they have proposed".

Throughout the process these plans have established four lines of action: health, education, research and political advocacy; these are intended to emphasize and from the university provide accompaniment in their execution.

Teacher McCoy notes that "we have managed to identify four lines of actions that they have defined in their plans; they raise education, in this sense they propose that from the university they should be accompanied in developing workshops, trainings in the same way courses and diplomas, especially related to the rights of each of these groups; they also call for topics of innovation, formulation of projects that contribute to the professional strengthening of these".

"They also point out as a line of action to conduct and engage in research on the populations of their groups, to have information and to defend their human rights."

"Another important line is health, from this area they aim to achieve comprehensive care according to the specificities and needs of each group, coordinating with the Ministry of Health (MINSA), to ensure that this right is fulfilled in a comprehensive manner."

In addition, explains the teacher Antonia, "we are working on the line of political advocacy, in this they refer that from the university we accompany them to influence the institutions and organizations that work these different issues and ensure that somehow these actions can be carried out, which seek to give way to a social problem that these groups live in".

The CIS coordinator stated that follow-up to the plans is part "of the Mission and Vision of this house of higher education, which highlights the strengthening of groups of people who are disadvantaged in society; we know that it is not easy for a person with a disability to be able to have the possibility of education or that the LGBTI population does not continue to be discriminated against; for them we carry out actions focused on awareness to eradicate gender-based violence through the recreation of humanist spaces towards the whole of society in general, without exclusion."

"This approach we are having with the population is a new experience that is leaving good results in terms of the plans that have been created, and as a community university, the process of contributing and continuing to contribute to reducing the difficulties in these groups is being carried out," McCoy concluded.