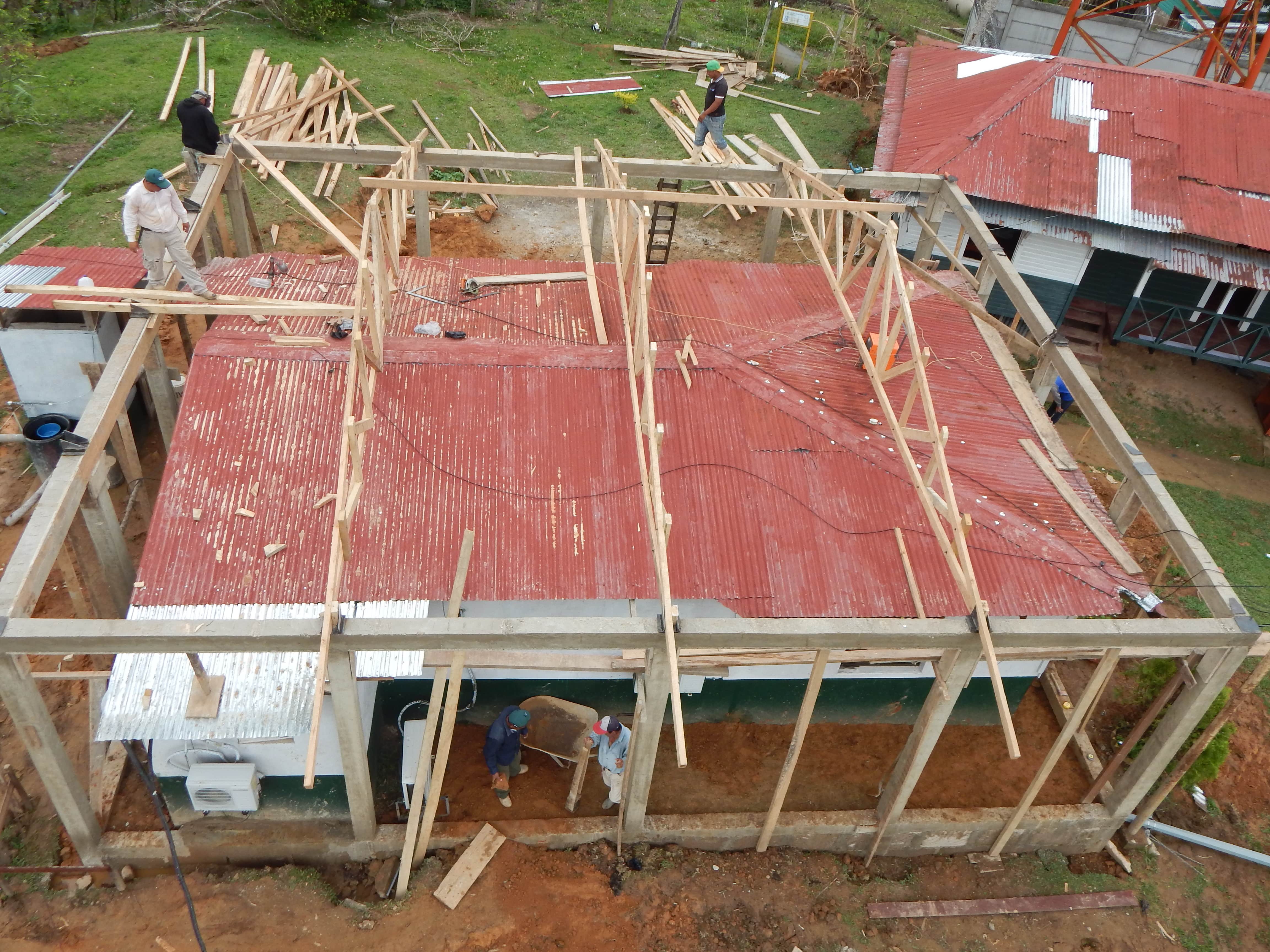 Affected by hurricanes Eta and Iota

Following the passage of Hurricanes Eta and Iota through the Nicaraguan Caribbean, countless buildings were affected, including the communication laboratory in URACCAN rosita extension. According to a report issued to the rectory, this medium suffered significant damage to its transmission tower and infrastructure.

For this reason, the URACCAN authorities, coordinated by the rector of this house of intercultural higher education, Dr. Alta Hooker Blandford, began the improvement process since last December 2020.

Investment in maintenance and improvements

According to Master Lázaro Figueroa, director of Radio URACCAN Rosita, the investment amounts to C$ 300,000.00 (Three hundred thousand córdobas) and work began with corrective and preventive maintenance in the transmission tower and radial system, in addition to the improvement of the infrastructure (roof), affected by the winds of Hurricane Iota, which reached more than 200 km/h in the Rosita area.

Figueroa also appreciated the support obtained by the rectory, "We greatly thank our rector, who did not hesitate to provide us with immediate support to the communication laboratories that were affected by the hurricanes. In Rosita's case, she made available the funds for these works to be implemented in improving the infrastructure and correcting the problems presented in our tower and radio transmission system," she explained.