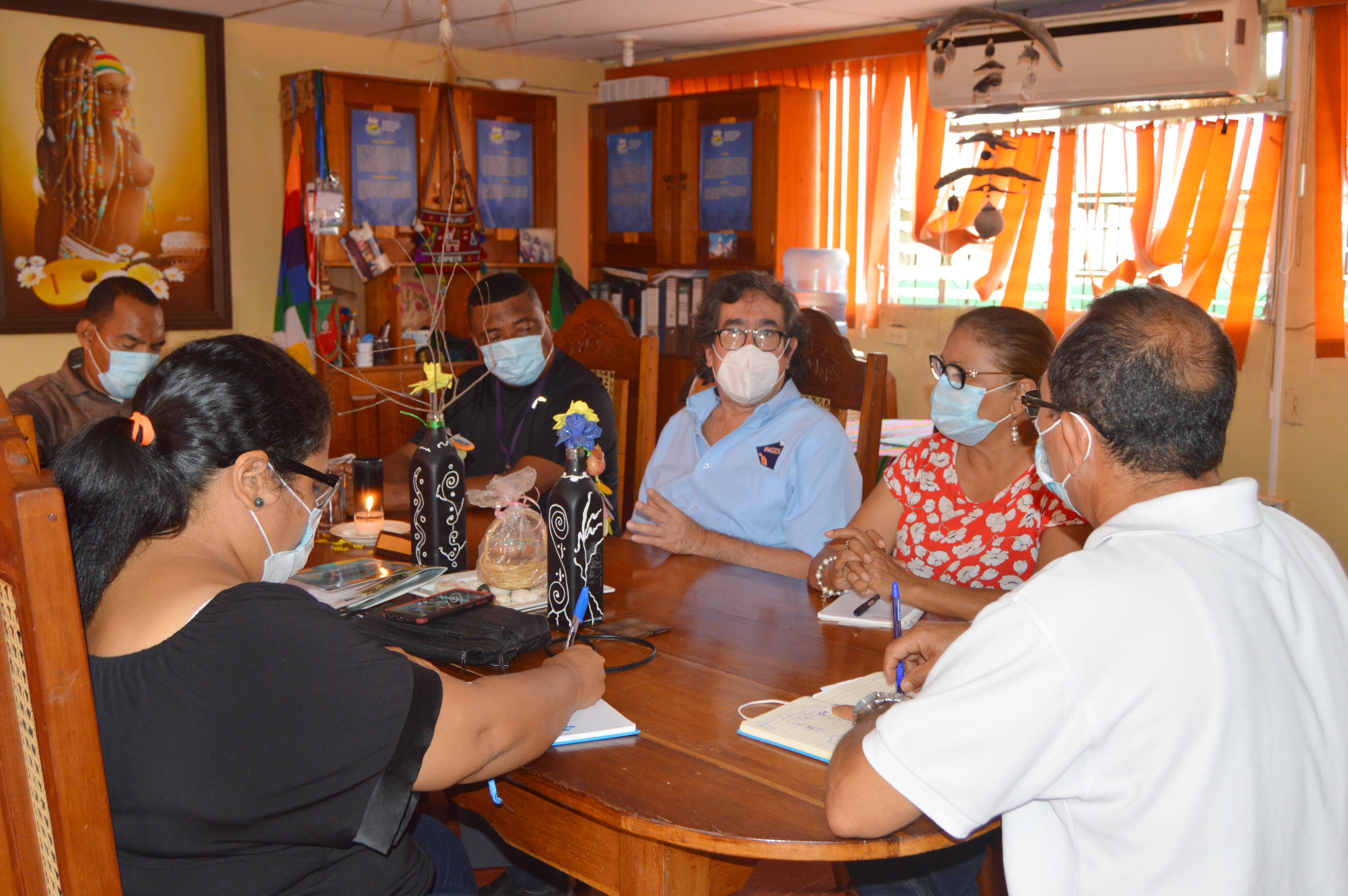 URACCAN always works for the benefit of the peoples of the Caribbean Coast. That is why their strategic efforts and alliances are aimed at promoting development with identity.

Cooperation that will benefit communities in the North Caribbean

As a way to continue collaborating and solidarity with Caribbean families who had large losses over Hurricanes ETA and IOTA, URACCAN works with institutions and organizations to support affected communities. On this occasion, the authorities of the Bilwi campus met with representatives of the Institute of Research and Social Management (INGES).

During the meeting, those present had the opportunity to discuss the various strategies that can be carried out in the communities, taking into account that for 6 years there have been collaboration agreements between the two institutions, in this way, they would contribute to the development with identity of the peoples of the Caribbean Coast of Nicaragua, especially now that they were affected by these two powerful hurricanes.

Irving Larios, president of INGES, stated that the fundamental purpose is to be able to collaborate in the face of this emergency in the 21 communities where they have a presence as an institution, where they have been able to have projects of productive activity, of entrepreneurship in women, of young people, such as wood, services and sales of agrochemicals, documentation centers, "but here what we are looking for are new actions that give response to the emergency to the rehabilitation and construction of the three stages , to bring it to life, to raise the energy of the affected region," he said.

Among the proposed actions are: water and sanitation, improvement of production systems, rapid responses in seed issues, inputs and tools, food packages, "we are looking for answers, a common fund that we want to create, which we already have available the first 150 thousand dollars to see if we move forward with a broader fund to activate medium and small business in the urban area" Larios explained.