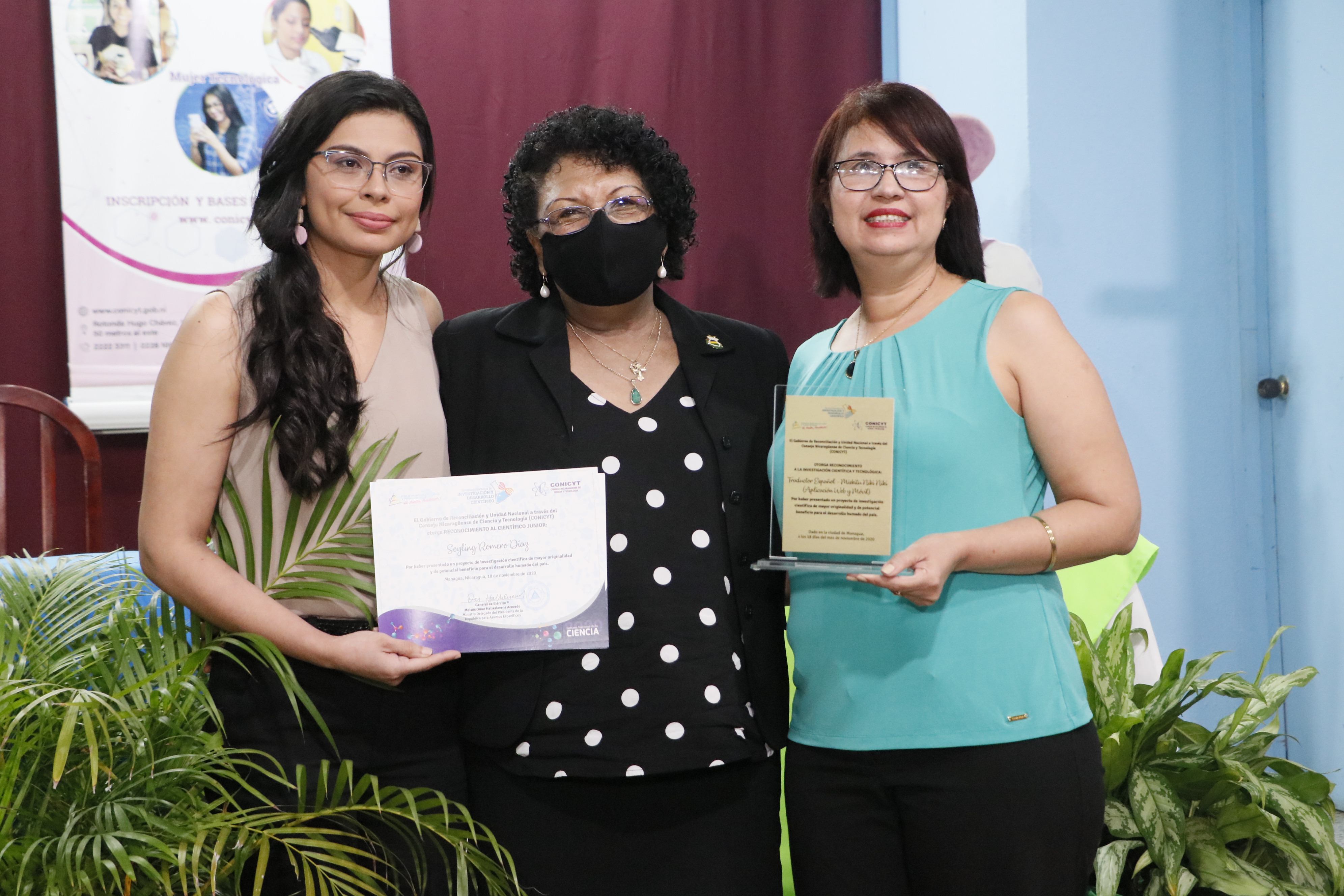 UNC President MSc. Ramona Rodríguez emphasized that URACCAN prioritizes the interculturality, dialogue of knowledge and the worldviews of peoples.

Dr Hooker: "In the midst of tragedy we received good and exhilarating news."

With outstanding scientific and innovative projects of national researchers, the ceremony was held to award the competitions: Recognition of Research and Scientific Development, Indexed Scientific Journal and Recognition of Scientific Women, developed by the Nicaraguan Council of Science and Technology (CONICYT), in conjunction with the National Council of Universities (UNC). This event was held at the Andrés Castro Auditorium of CONICYT.

This event found and recognized the work that URACCAN has been doing in research processes, obtaining three distinguished awards, such as:

The first place in the category of Recognition of Scientific Achievement, by Dr. William Flores, who excelled in research processes in the field of education, aimed at young people in conditions of poverty and marginality.

The first place in the Junior Scientific category, with the project "Spanish Translator-Miskitu Niki Niki", which consists of a web and mobile application, by students of Systems Engineering of the URACCAN campus New Guinea.

The second place for the Journal science and interculturality, in the Recognition of the best Indexed Journal, for its outstanding scientific contributions generated at the university.

Due to the impact of Hurricane Iota on the Caribbean Coast, the award-winning researchers of this institution were unable to physically attend the ceremony, but participated virtually to thank for these awards.

On their behalf, URACCAN's rector, Dr. Alta Hooker, participated, who proudly and excitedly received these accolades, ensuring that "in the midst of tragedy we received good and exhilarating news."

He also assured that these research spaces contribute to the positioning of the Caribbean Coast at the national level, in scientific processes. "Really being in these spaces of science, in these spaces where research is being investigated and, in our case, where traditional knowledge is articulated with ancestral knowledge is of great value," Hooker said.

This memorable event was held with the purpose of recognizing the effort and enthusiasm of researchers working to contribute to the scientific and technological development of the country, who were accompanied by important authorities such as Omar Halleslevens, president of CONICYT, and teacher Ramona Rodríguez, president of the UNC.

For his part, the retreating general Omar Halleslevens, assured that these spaces that encourage research, strengthen a Nicaragua in human, social, economic and educational development, training men and women with scientific and innovative skills that promote solutions, to the different problems facing the country.

Teacher Ramona Rodriguez emphasized URACCAN's educational model, which prioritizes the interculturality, dialogue of knowledge and worldviews of peoples. He also took advantage of the space to stand in solidarity with Caribbean families who have recently been affected by the passage of Hurricane Iota. "Tell them that we have been very aware of the situation, we know that they are natural phenomena, but that we will accompany them in this reconstruction that the university will have, to continue providing that quality training to young people of the Nicaraguan Caribbean Coast."

URACCAN has since advanced research processes and committed to continuing to train professionals with scientific and innovative skills, will strengthen this scientific and research walk, to continue to obtain great triumphs that pay for the development with identity of the Caribbean Coast and the strengthening of Regional Autonomy. 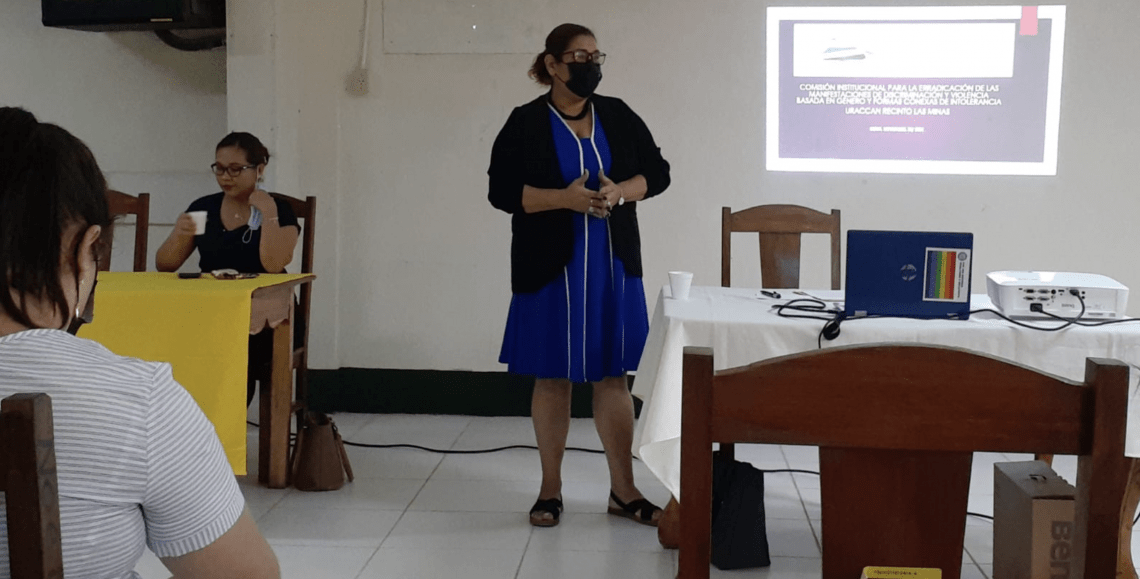 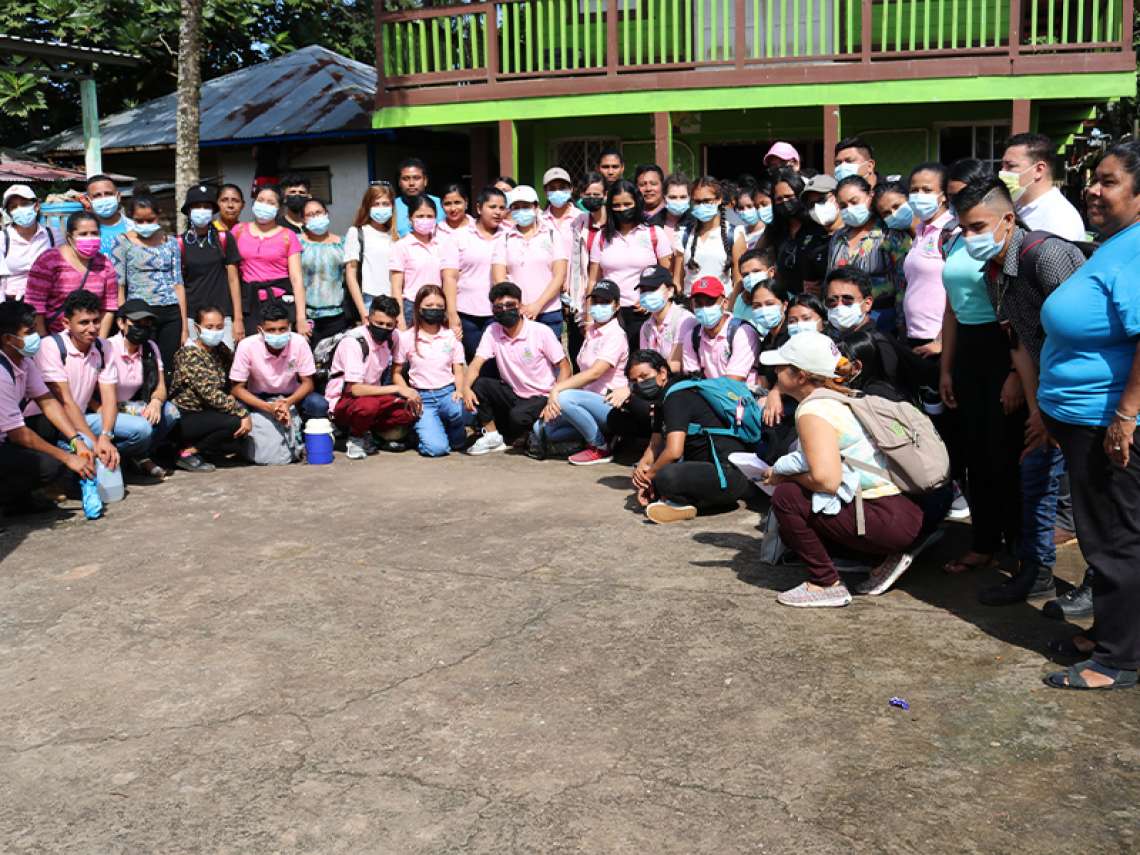 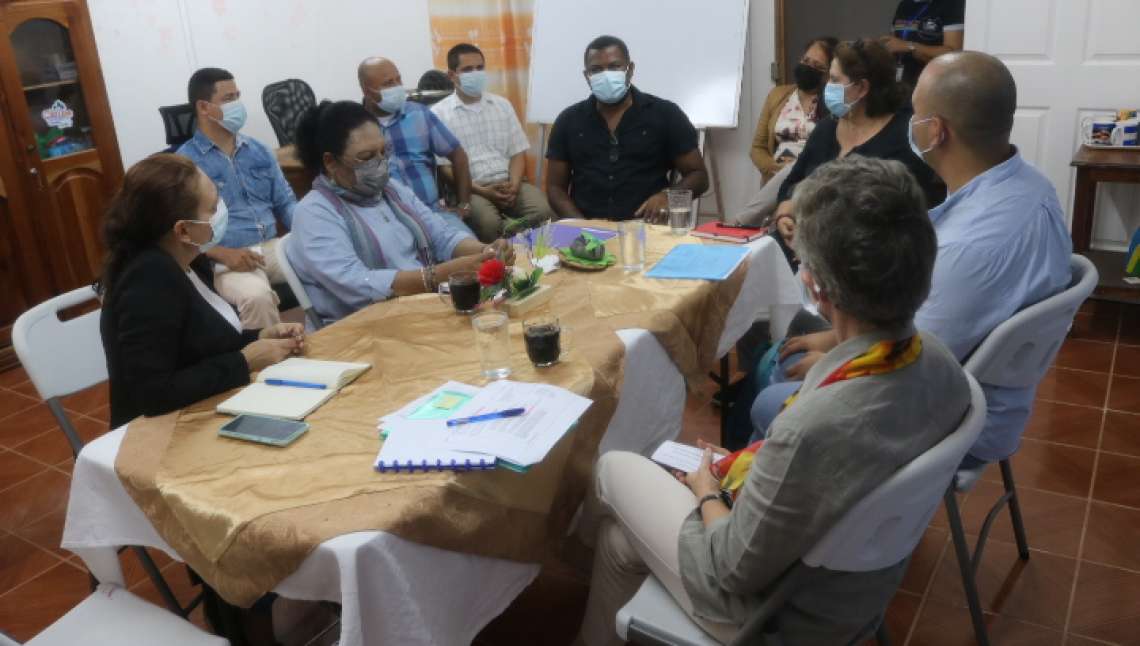 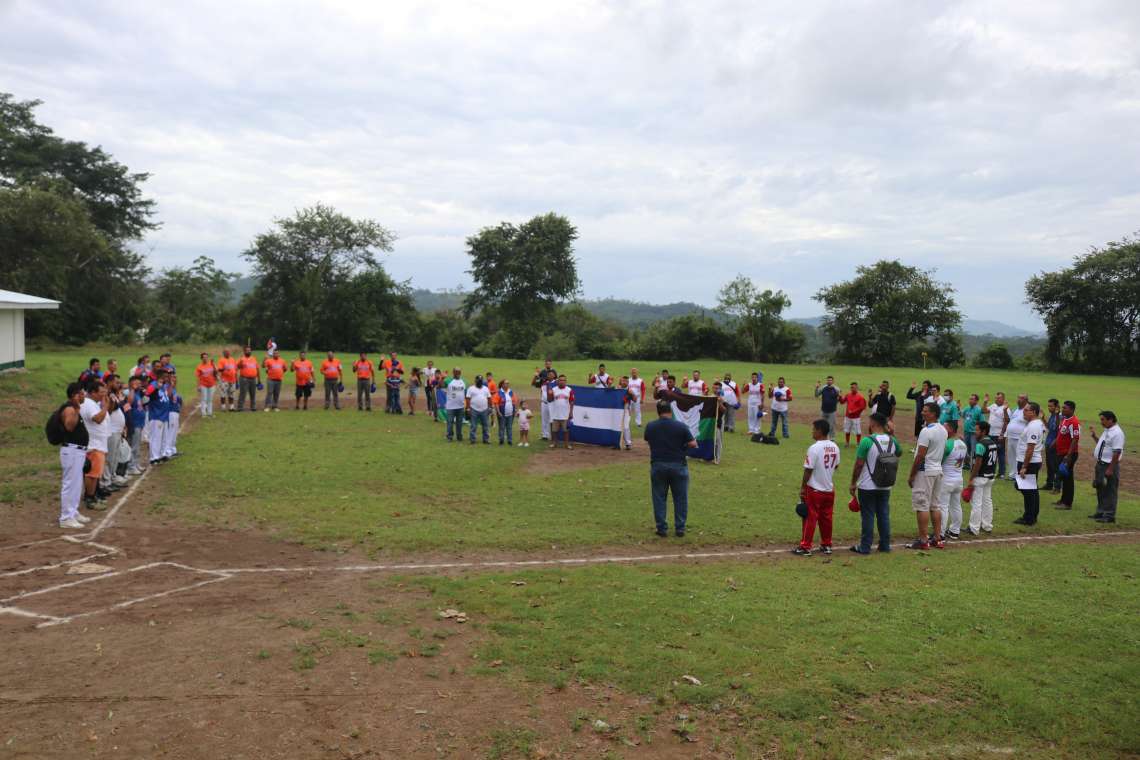