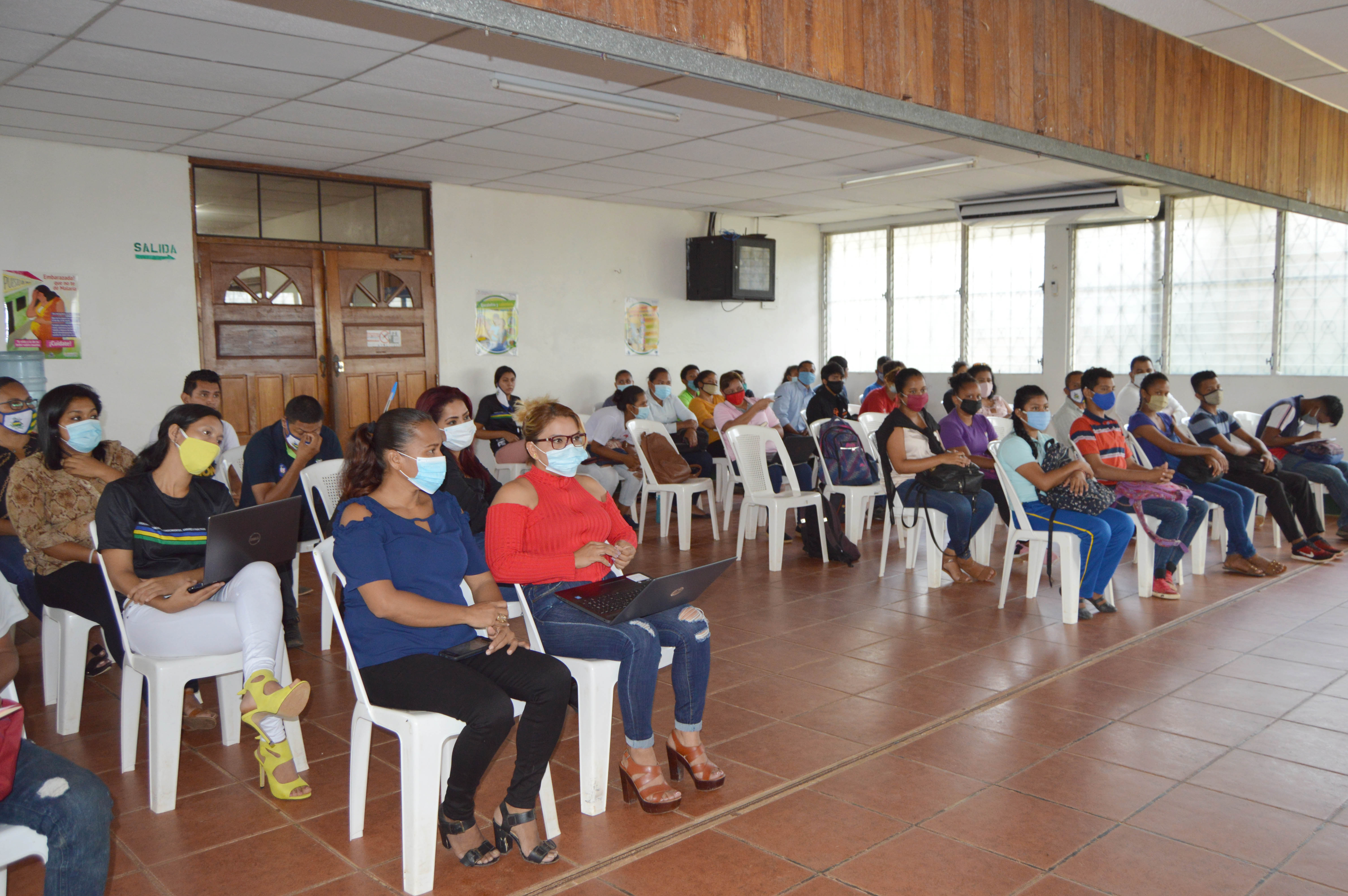 9 own investigations by university campus officials and officials

As part of the celebration of the 26 years of foundation of the First Intercultural Community University in Latin America and the 33 years of Regional Autonomy, the university is carrying out various activities that enhance the walk of development with the identity of the peoples of the Caribbean Coast, that is why in the Bilwi campus began the XIII edition of the Sam Pitts Scientific Day.

Teacher Ivonne McLean, an academic secretary, gave the words of welcome to this magnificent event, who said it is a space to share knowledge, knowledge, practices, values and processes that take place day by day, "which is a college task, as a higher education institution," the academic said.

For her part, the teacher Rosa Palacios, coordinator of Research and Postgraduate, was in charge of publicize the methodology of the exhibitions, where she expressed that from URACCAN they are built and share their own knowledge from and for the communities.

Those working with CCRISAC were the following research studies: from the Area of Education Sciences the presentation of research was made: "Practice of traditional medicine of the Miskitu people in patients with symptoms of Covid- 19 of the El Cocal community"; teachers of Intercultural Medicine and Psychology in Multicultural Contexts presented "Knowledge and medicinal practices before the management of COVID-19 in older adults Miskitu of the community of Kamla, municipality of Puerto Cabezas, Autonomous Region of the North Caribbean Coast".

Also, in the area of Humanities, Legal and Social Sciences, they released the research entitled: "Language loans adopted as their own in indigenous Languages Miskita" and "Generational transmission of values and principles for coexistence with Mother Land of the Miskitu people of the Community of Tuapi".

In addition, other research work was presented by the Economic and Administrative Sciences area, such as "The Security System for Homes through Free Software"; also from the Institute of Traditional Medicine and Community Development (IMTRADEC), in conjunction with the Licda. Ada Rodríguez, head of Student Welfare, presented two researches: "Perception of the inhabitants of the neighborhoods El Muelle, Arnoldo Alemán, Sandino and New Jerusalem, of Bilwi, on Malaria/Rih Siksa" and "Ancient Medicine, Intercultural Psychology: A Perspective before the Covid-19 on the North Caribbean Coast of Nicaragua".

The teacher in Public Administration with Local Development, Solangie Cordón, presented her research under the theme, "Artisanal Fishing in the Miskita Community of Tuapi" and by the Center for Multi-Ethnic Women's Studies and Information (CEIMM) was presented the study called "Recreating and walking the experience: Bilwi exchange agents with intercultural gender perspective".

Why is his name Sam Pitts? Brief historical review of a miskitus hero

Sam Pitts was born in the Yulu indigenous community, in 1850, the son of a Miskitu mother and a Jamaican father, and as a young man he left the community to study at a school in Jamaica, at the end of his studies he returned to his community, when he returned he spoke his own mother tongue miskitus, as well as English and Spanish, and was also noted for knowing how to read and use the typewriter.

On 20 November 1894, Sam Pitts voluntarily attended the so-called "Moskitia Convention", in conjunction with seven companions from the community of Yulu, in the city of Bluefields, some participants to the convention were forced by force for example the two of Kukalaya, the others were chosen by The Gral. Rigoberto Cabezas to justify the decision of the convention , to accept and sign the abolition of the Government System.

After the Moskitia Convention, Sam Pitts understood that the System of Self-Government of the Peoples of Moskitia would not continue and would now be governed from Managua, so with some men it was organized; he then sought support from foreign companies with an economic basis in moskitia, as well as the authorities of the Morava Church for the cry for the non-annexation to Nicaragua that the José Santos Zelaya Government was carrying out by military route.

With the firm conviction of restoring the reign system of King Mosco's Monarchy, of the peoples of the Moskitia Reserve, and having no echo of his ideas and proposals, they set off for Jamaica to meet the deposed King Henry Clarence, because Sam Pitts intended to travel to England to expose the situation of the betrayed and subdued people by Zelaya's military , however, he was not received in England.

The villagers of Yulu organized a big party for the arrival of Sam Pitts from England and Jamaica, all of which were moved by their national pride leader and all willing to support Sam Pitts. In the community of Krukira he is appointed King; he takes the fight cautiously, in addition to military persecution, he also learned that the missionaries did not support him in his proposals.

As the months passed, Sam's struggles continued, focusing on fighting the incorporation of more militants into his cause. According to the story, the legendary miskitus fighter died on the plains of Trakis, in the territory of the community of Krukira, on November 27, 1907, as a result of the gunshot wound he received during the confrontation four days earlier in the community of Tuapi with the soldiers sent to him by Governor Lopez from Bluefields and Prinzapolka. After his death, there were many clashes over the nonconformity of the Miskitus people.