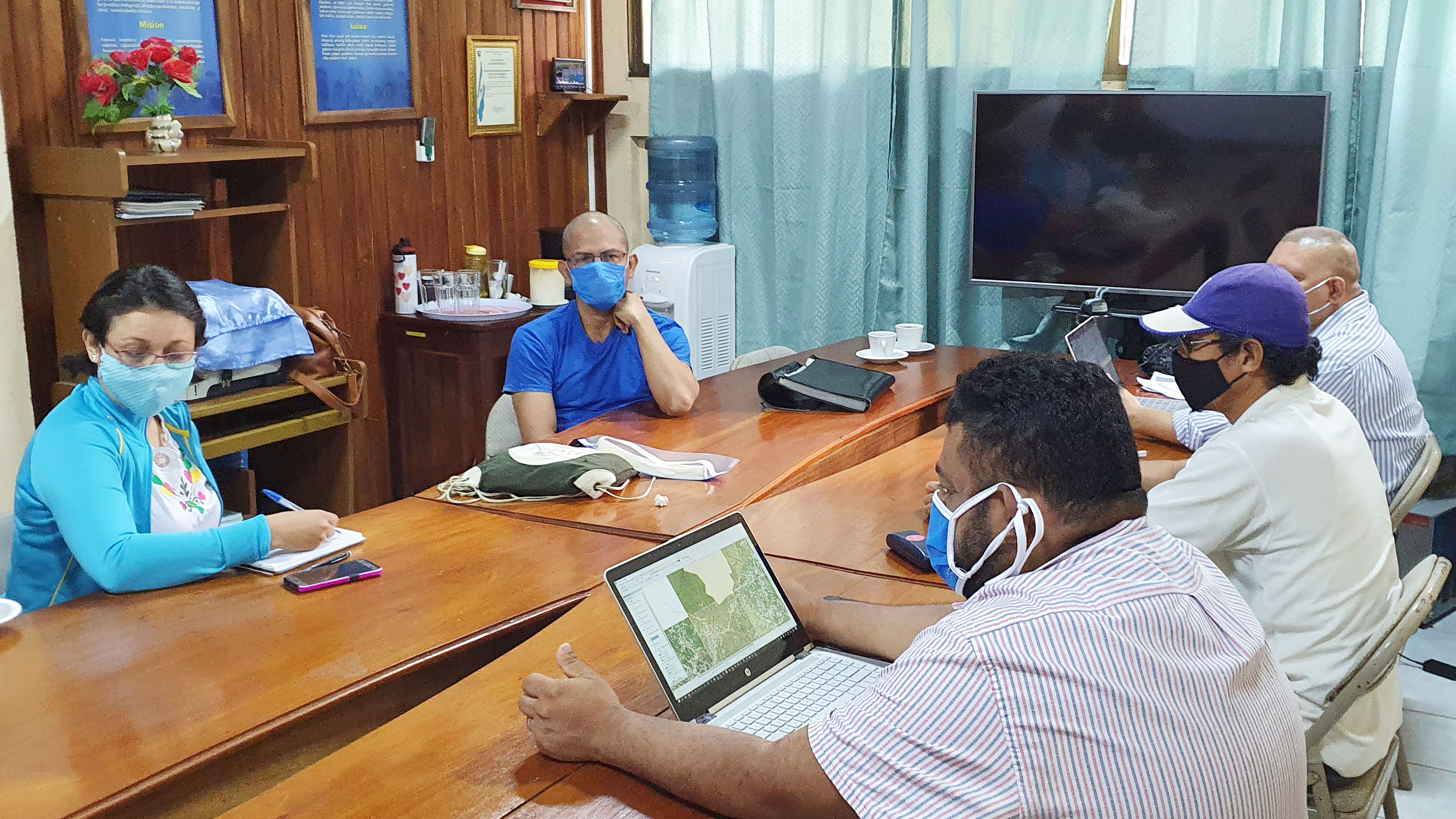 The representative of WSC and ABC, with part of the URACCAN delegation during the progress review activity.

Developments in patrolling the Bosawás reserve and production systems were addressed

The representative of WCS and ABC, Fabricio Díaz, met with a delegation of URACCAN, in its Las Minas compound, to follow up on the activities of the project for the protection and conservation of habitat between Honduras and Nicaragua, which is implemented by this institution in Siuna, the Vice-Chancellor PhD reported. Leonor Ruiz Calderón.

Dr. Ruiz Calderón explained that the meeting addressed future perspectives on the issue of conservation, so that from the model of intercultural community university mechanisms to protect flora and fauna in the protected area of Bosawás are promoted.

The master's degree Sergio Rodríguez Ruiz, coordinator of External Cooperation in the Las Minas venue, detailed that they addressed the progress that has been made in relation to patrols in the protected area of Bosawás. Also the advances that are in the new production systems, based on the models of a semi-intensive livestock that has as its main point the Natural Laboratory Los Laureles, and a farm of a community beneficiary of the project in the region Santo Domingo, in the Bosawás reserve.

The URACCAN official reported that the issue of forest connectivity with the promotion of agroforestry systems, cocoa under shades, was also seen as a substantive element for the conservation and protection of wildlife corridors in the intervention area.

At the meeting it was agreed that a project proposal would be developed to send it to a cooperation agency, the representative in connection with Guatemala, the United States and Nicaragua, with the aim of being able to build human capacities to meet the challenges and to promote and ensure that the Protected Area of Bosawás in Nicaragua is a site for the conservation and protection of flora and fauna.