Skip to main content
Webinar: Media impact and contributions on the worldview of indigenous peoples 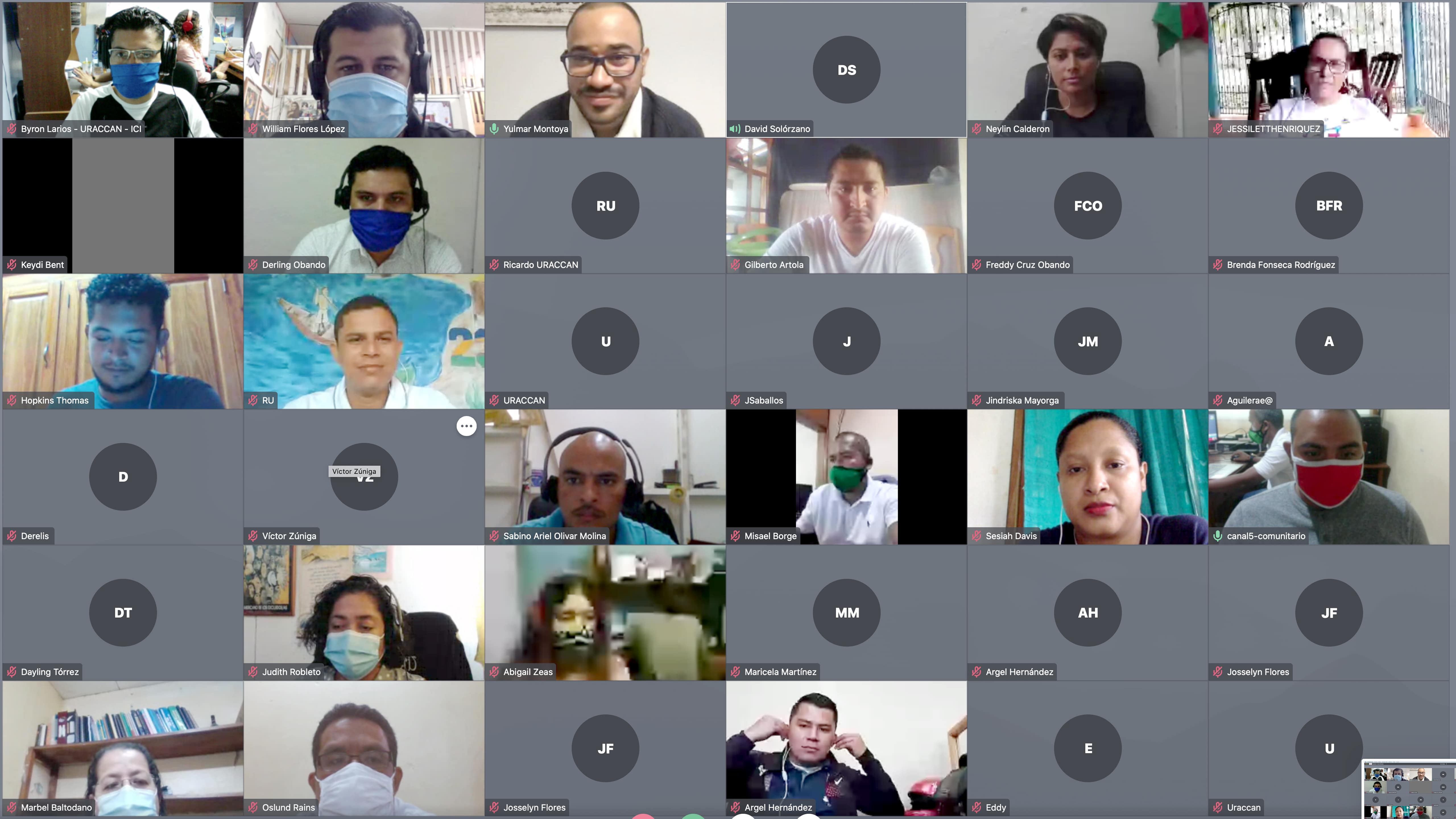 One of the projects of Radio URACCAN Rosita is to reconstruct the stories and legends of the Mayangna people in their mother tongue.

A diverse look from community radio

From the Rectory of URACCAN and in conjunction with the Institute of Intercultural Communication (ICI) and the coordination of the UNESCO Chair: "Wisdoms and Knowledge of Peoples", a cycle of webinars has been scheduled, in the context of the celebration of the 26th anniversary of this university and the 33 years of Regional Autonomy. In this regard, the first seminar was conducted by the MSc. Lázaro Figueroa, director of Radio URACCAN Rosita, who developed the theme "Intercultural Communication and the impact of the media on the development with identity of peoples". Academic activity was moderated by MSc. Yulmar Montoya, director of the ICI.

At this conference, the importance of making an Intercultural Communication with a human and social approach, which is aimed at understanding and meeting the needs of indigenous peoples, was highlighted in order to find solutions together, which pay for a process of revitalization of their culture, language and traditions.

In this way, the director of Radio URACCAN Rosita, highlights the challenges that as a means of communication have had to face, referencing the limitation in terms of the empowerment of the environment, with the cultural diversity that exists in the municipality of Rosita, located on the North Caribbean Coast, where Miskitus, Creoles, Mestizos and the Mayangna people predominate.

That is why Radio URACCAN Rosita, being a community space that stands out for its multi-ethnic and multicultural identity, has sought a way to have a positive impact on these communities and has developed spaces and tools that contribute to the vitality and strengthening of the knowledge, practices and wisdoms of the community, community, wise and wise. For this reason, they work on a project that consists of building "stories and legends in the Mayangna language, from a proposal of revitalization of the language", explained Figueroa.

This project was born in the face of the need to recover the practices that have been lost by the impact of the media, such as coexistence and family gatherings, for this reason, through what MSc. Lázaro Figueroa calls "Banco de Voces" made up of Indigenous Mayangnas who collaborate voluntarily in conjunction with the radio, the message is intended to achieve a significant scope and impact.

The fundamental objective of Radio URACCAN Rosita is to achieve communication from the contributions of the knowledge and wisdoms of these communities, to achieve a reciprocal communication exercise, and to create a space of expression to make their ideas, made and worldviews visible. It is estimated to have, by the end of this year, the structuring of 7 translated stories, in the company of the Mayagna community.

URACCAN Community Radios are focused and committed to creating, developing and communicating content consistent with the multicultural and multi-ethnic context of the peoples originating in the Caribbean Coast, which contribute to Good Living and Living Well and With Dignity, exercising their work within the framework of the Intercultural Community Extension of URACCAN.