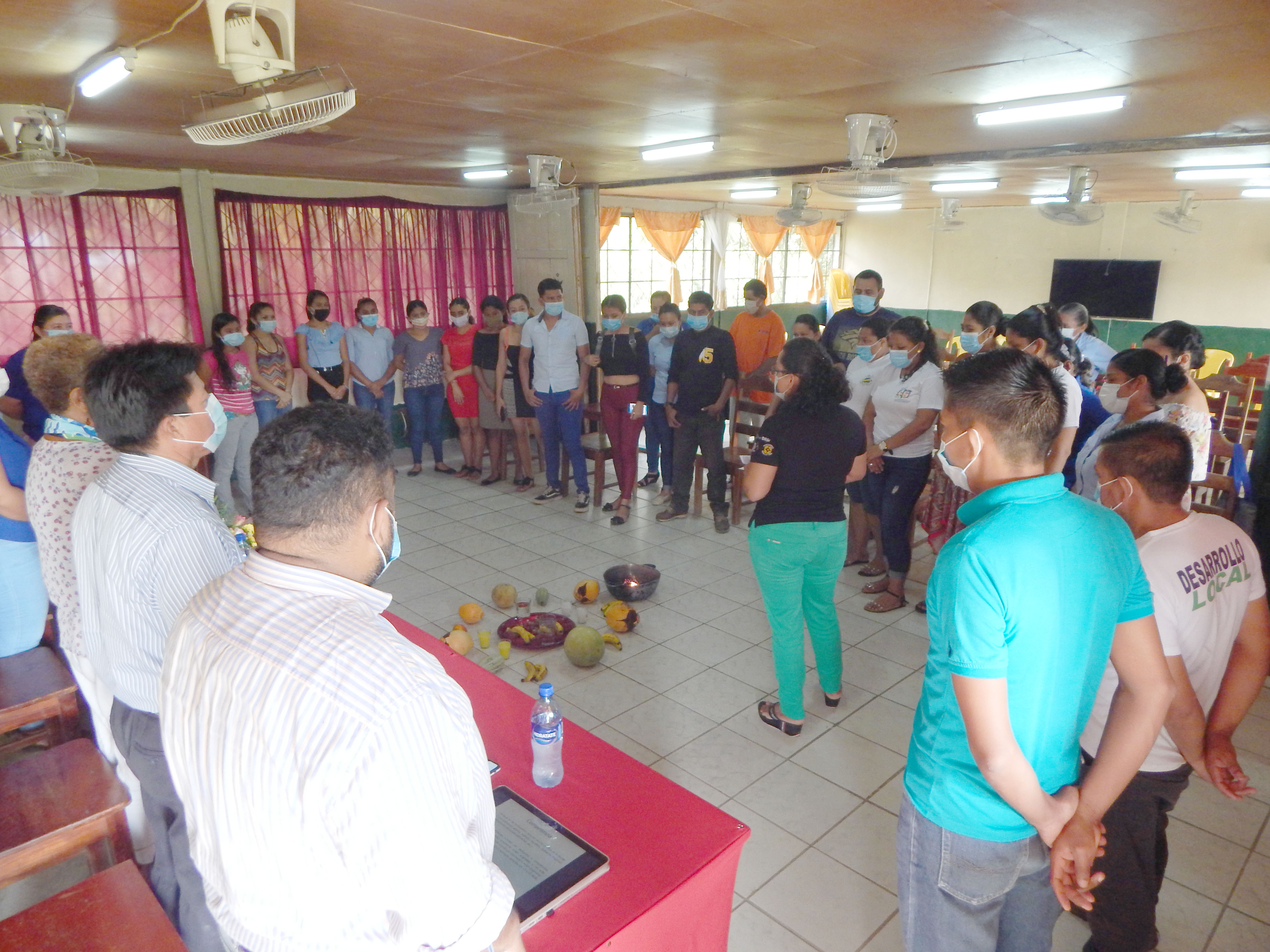 The space gave rise to dialogue, reflections and aspirations of the municipality of Rosita.

With an inaugural ritual in which the aromatic smoke of incense and myrrh allowed to cleanse and harmonize the environment, the "Forum of Autonomy" began, in order to strengthen the identity of the peoples of the Caribbean Coast and their regional processes. In this invention a historical account of the revolution was made, which was shared by the regional councillor, Mrs. Aurelia Paterson, indigenous woman of the Tuahka ethnic group and inhabitant of Rosita, in the North Caribbean.

Paterson in his presentation stressed that "without revolution there is no transformation of peoples." The memory of Aurelia's life allowed those present to have a broad knowledge of the struggle for Law 28, Statute of Autonomy, to be approved.

"I was with my son's big belly and I remember that although there were few of us, we were screaming in the National Assembly to get the law passed," he said.

The exhibitor recalled that few believed the passage of this law was possible. "One of those who thought it was not possible was Professor Espinoza and one day he had to say 'this is yesterday's dream a reality today'," the councillor recalled.

Paved streets that advance linking the Pacific with the Caribbean Coast, electricity even in indigenous communities that, according to Paterson, they could not imagine seeing. "Another great advance of Autonomy is that today we see a Rosita that is full of professionals," he said cheerfully.

In half a presentation, the councillor took her hand to her chest and said, "Young people should enter this university from the heart." He then urged them to appropriate this our house of study, practice our autonomous intercultural higher education.

"This university was founded in the blood of our heroes, the Alvarado brothers and many others who gave their lives, they are no longer there to see us, but ask Alejandro Ruiz, the Juana Rugama... men and women who were not afraid, there they were defending the revolution. Notice that we women didn't give us military boots because we were women, they gave us rubber boots and we didn't stop."

In her presentation, Aurelia did not stop mentioning the challenges that are goals to be met and the main ones for this municipality are: greater sources of employment and water suitable for human consumption. "A lot of times I think I'm going to die and I'm not going to drinking water in Rosita," the exhibitor lamented, noting right away that the young people who are studying are the ones who should follow this autonomy project in the future.

Another presentation was made by Master Orlando Salon, coordinator of the Institute of Linguistic Research and Revitalization of Culture (IPILC-URACCAN) in Rosita, who spoke about existing mother tongues today.

"In Nicaragua there are nine peoples where mother tongues are still spoken; before there were 15 languages, today there are only 4, we here at URACCAN are also attending to the Mayangna and Misquito culture. We have dictionary and grammar with native Mayangna linguists, we already have the fourth grammar of the Mayangna language, we have worked with the design of the initial education program," the professor reported.

Solomon stresses that today indigenous languages are influenced by the modernity of language loans, phenomena implemented to avoid being mocked.

"Languages are alive, but fathers and mothers until five generations ago did not teach the language, there are families who use their language inside the home, but outside they do not speak it, they say they are sorry because many mocked, I know it should not be so because we are backed by laws," Hall said.

In his speech, the engineer Luis Herrera Siles, coordinator of the Institute of Studies and Promotion of Autonomy (IEPA-URACCAN) in Las Minas, concluded, asking those present to reflect on specific points of Regional Autonomy: What advances do we know that have been made with Autonomy? How do we feel when we hear the word autonomy?