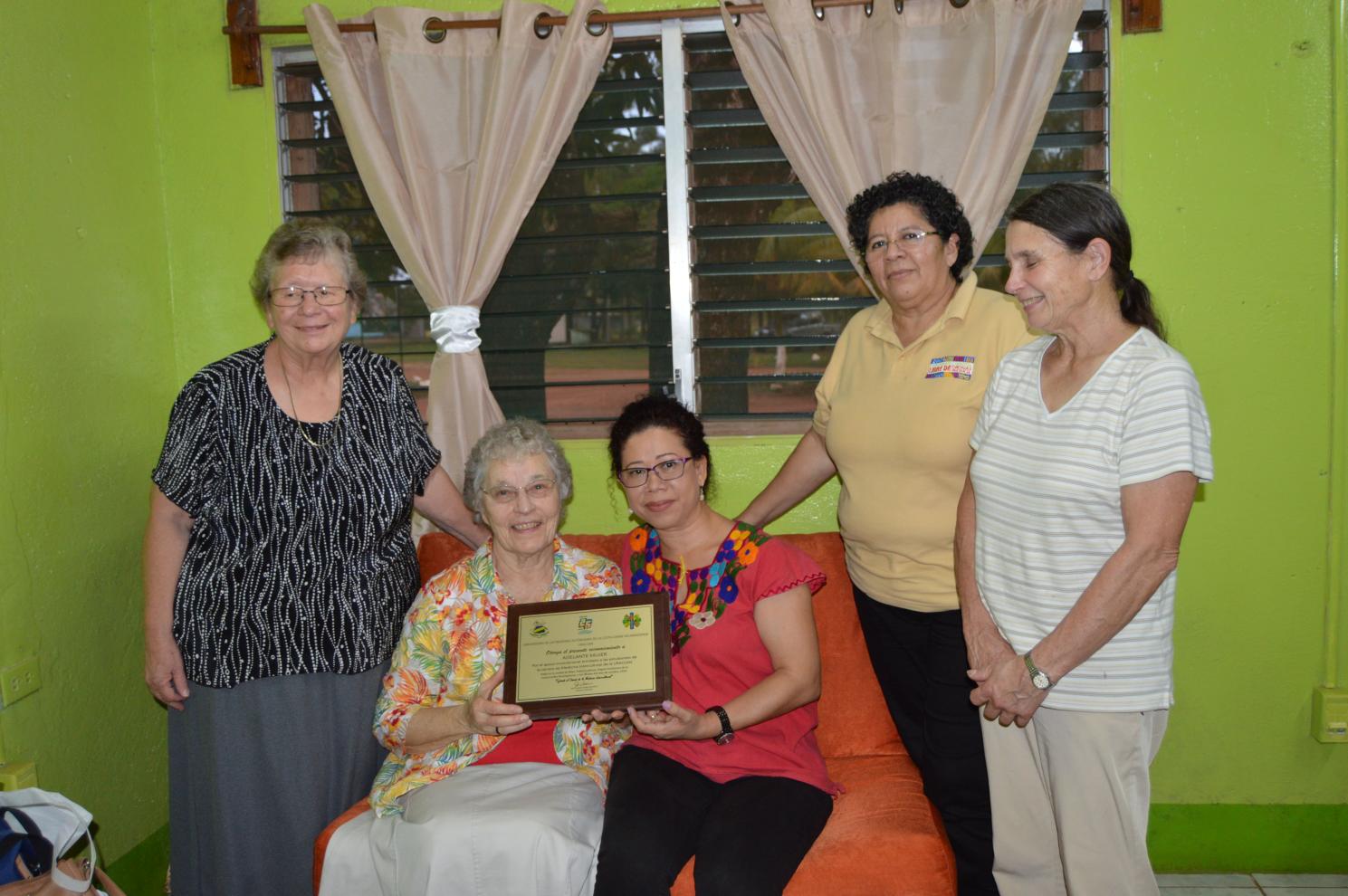 The area of Medical Sciences and Academic Secretariat of URACCAN Bilwi campus, held a meeting with representatives of Advance Woman or Forward Woman, to evaluate the scholarship program and receive new applications from students of the career in Intercultural Medicine.

Forward Woman is an American foundation that benefits female students, to pursue a medical career. Since 2015, an agreement of understanding was signed with URACCAN at the Bilwi compound, to support low-income women who would like to train as professionals committed to the development of the Region and the country.

According to The Hna. Diane Bauknecht, executive director of Forward Woman, the idea of choosing URACCAN was from Sister Ann McKean, founder of the scholarship program, first interviewed 3 different universities, but "I was very impressed with URACCAN's mission, which impressed her greatly is that it was for indigenous peoples, for the poor and for women. then we learned that there was a shortage of doctors in Nicaragua and then that was a second reason, we had to help," Sister Diane said.

A joint articulation and commitment

"It was a marriage that was made in heaven," Sister Diane said, describing the work articulation between the university and the foundation, "It's been a friendly relationship," she added, sharing that each of the school of medicine, vice-chancellor and academic secretariat have been a great support for the Forward Woman scholarship program.

From 2015 to date with the Forward Women scholarship program and under the coordination of the URACCAN Bilwi Campus School of Medicine, they have graduated 45 doctors who have benefited from these scholarships, "By the end of 2019 we already have 38 students who are in the Forward Woman program, at the end of the year with graduation we leave 12 , but we just took new students," the sister concluded.

Also, during this space, URACCAN gave itself recognitions, as a form of appreciation for its laudable work in favor of the education of the women of the costeñas, in addition to the gifts in the framework of the celebration of the 10 years of the career of Intercultural Medicine of URACCAN, Bilwi enclosure.