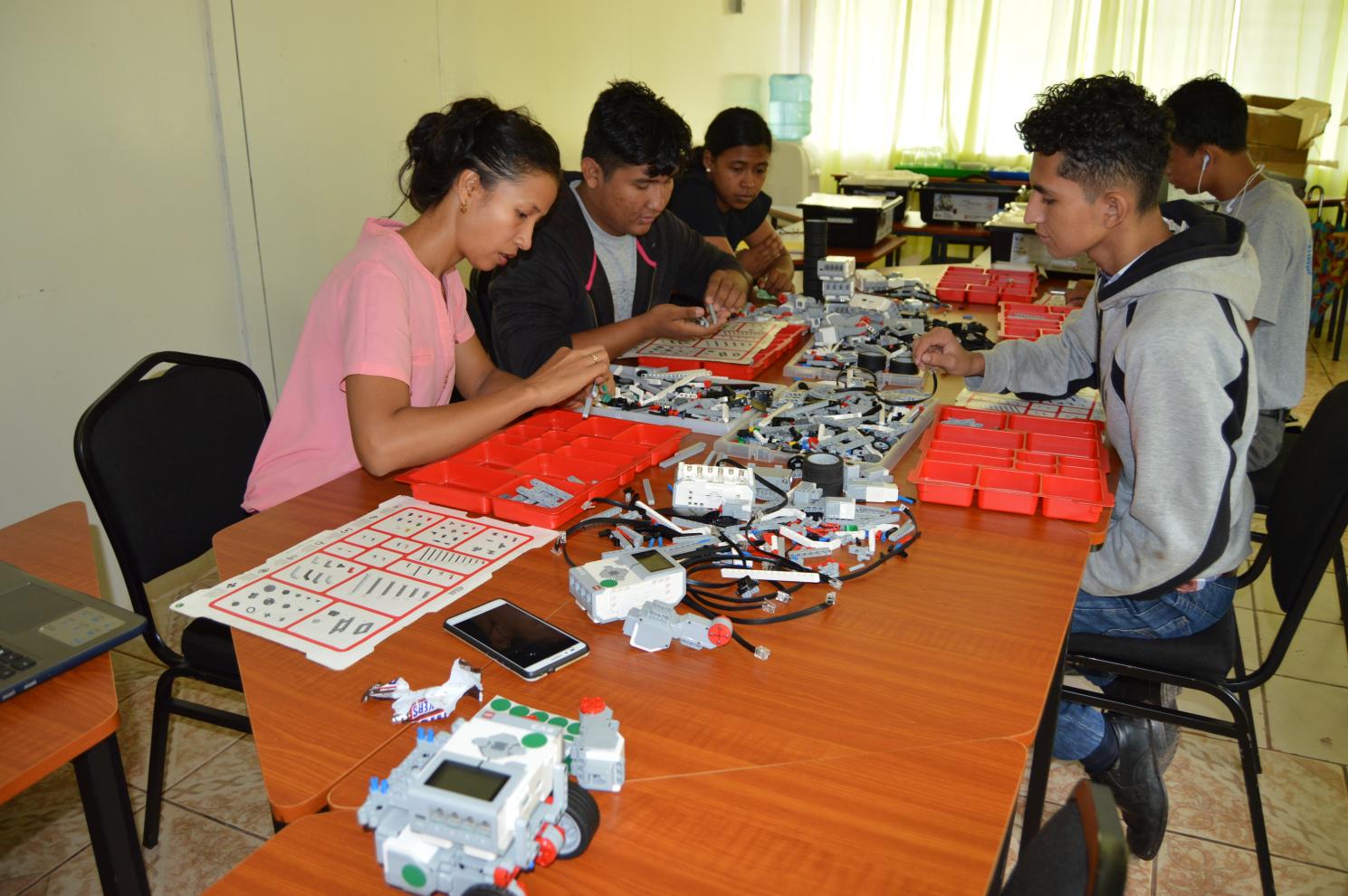 URACCAN, from its accompaniment and innovation processes, prepares students from the Bilwi campus in educational robotics, in order to participate in the national competition, which will be held on September 07 in Managua.

According to Professor Olga Marina Chow, in charge of accompanying the two clubs selected to participate in the national educational robotics competition, this is done with the purpose of promoting analysis through the realization of a robot, "so that somehow they can use robotics to solve real problems, but also that this helps them , learn a little analysis, logic and use the two combinations together," he stressed.

For more than three weeks these students have been preparing to make a good presentation and overlook the name of URACCAN, "in this week we are dedicated only and exclusively to the clubs that were selected to prepare for the competition, as a university we are projecting from last year on preparing the boys," Chow said.

Students perform lay teams, but they also program what the robot needs to do, so, "they when programming and telling the robot what they need to do, they are using their analysis, logic, but also this analysis, this logic is in order to solve some real problem," Professor Olga argued.

Since last year teachers were trained by a Comtech staff to then replicate that knowledge with the students, "they provided us with some kits so that we could work with students and last year they even took four clubs to compete," she said.

Selecting these clubs reviews compliance with some criteria, including punctuality, participation, integration, cooperation, collaboration between teams, the consistency of wanting to learn, "but also that the student actually demonstrates that he has learned something, that he can solve certain challenges," Chow said.

This time the selected ones are students of engineering careers in systems and a bachelor's degree in computer science, but according to statements by Professor Olga Chow, they do not need to be in careers related to technology, only the requirement is to be part of this robotic world.