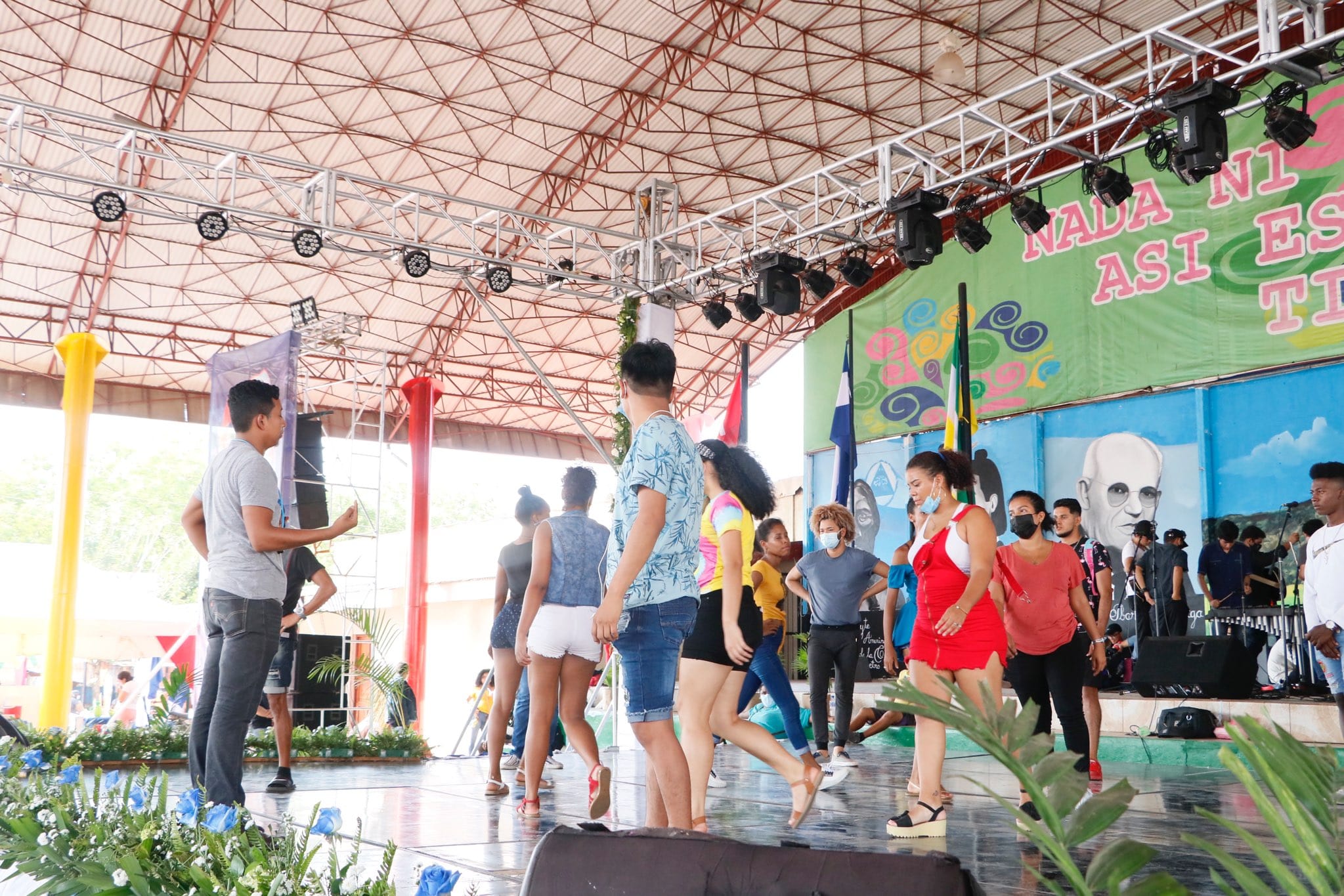 Radiating coastal culture through dances, rhythms and sones of their own

Under the motto "Here we are illuminated by a sun that does not decline", the II International Festival of the Arts Rubén Darío is held, in honor of the great Prince of Castellanas Letters, from Chinandega. In this context, URACCAN is present with a waste of talent by the Presagio Literary Group and the Dance Groups of the New Guinea and Bluefields venues.

Through this cultural festival, it is intended to reflect Nicaraguan artistic talent, and complement it with the participation of international artists. Commemorating the immortal Rubén Darío, different national and international artists participate in this inclusive festival, which is held in Nicaragua, promoting different artistic manifestations, comparsas, parades of Musas Darianas, poems, paintings, among others; projecting talent and culture from different parts of the country.

In this context, Mr. Lester Molina, Director of Student Welfare at URACCAN, stresses the importance of these spaces to make visible the culture of the Nicaraguan Caribbean Coast, which he considers of total importance for the professionalization of men and women committed and proud of their cultural identity.

In addition, Molina appreciates the accompaniment provided from rectory, thanks to the efforts and leadership of URACCAN rector Dr. Alta Hooker. "This would not be possible without institutional support to accompany the boys (students) in the processes and to participate. We as a university appreciate the support that the rector has given us so that the groups will be strengthened, since it has allowed us to be in these activities," she said.

Likewise, the teacher Salomón Alarcón, artistic director of this Festival, says that "URACCAN is a special touch", since it represents a symbol of twinning with the diversity of cultures of Nicaragua, that is, a sharing and vivifiing the different arts, customs and traditions of different places in Nicaragua. "we are the same land, the same spirit, the same nation (...) so I believe that the representation of the Caribbean Coast through URACCAN is yet another hallmark of our Nicaraguan identity," he concluded.

URACCAN expresses the pride of its customs and traditions, recognizing the value and talent of its students. Therefore, since its Intercultural Community University Model, it prioritizes spaces of cultural exchange to share and liven up the art and culture that characterizes this house of intercultural higher education.