Skip to main content
URACCAN, MARENA and GTI transcend students the importance of caring for the environment 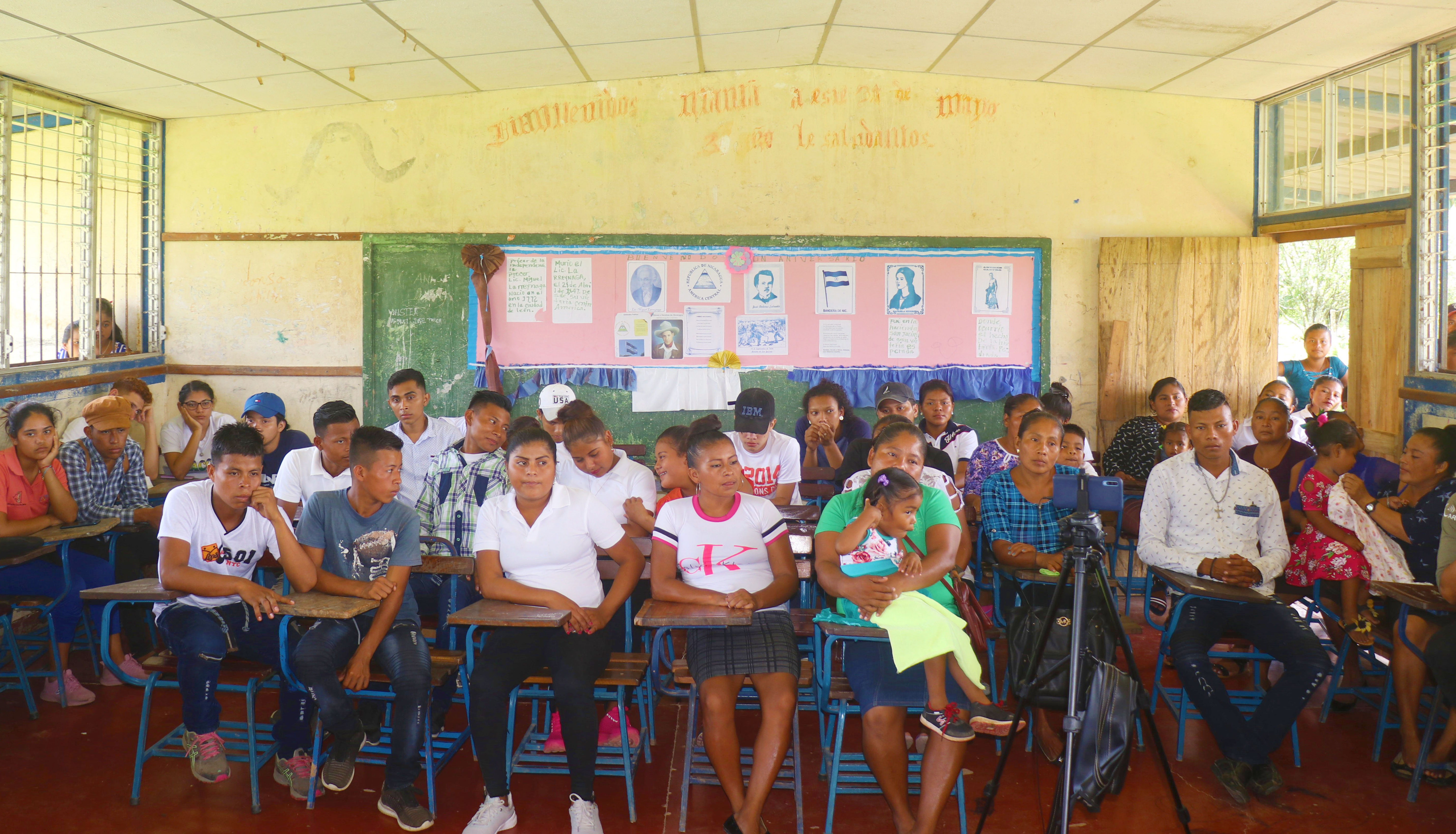 The Mayangna Community take their own measures before COVID-19. Therefore, URACCAN authorities and students wearing masks all the time and arrived under a strict disinfection protocol.

Promoting the rational and sustainable use of natural resources

URACCAN Recinto Las Minas, in articulation with the Ministry of Environment and Natural Resources (MARENA) and the Indigenous Territorial Government conducted a conversation with students from the Agustín Mercado Institute, Sikilta, and university students from this house of intercultural studies on the preservation of the environment.

"The purpose of the conversation was for young students to come closer to reality about the protection and conservation of natural resources on indigenous lands and other areas of our municipality of Siuna," the PhD said. Angelica Leonor Ruiz Calderón, vice-chancellor of the Las Minas compound.

Teacher Ruiz detailed that URACCAN, "from her approach as an intercultural community university, through the institutes of environmental protection, we realize our institutional philosophy, since we are supporting the Mayangna territory in the conservation of its natural resources, we are incentivize in each of its inhabitants the care and conservation of forests, rivers, which benefit the Local population".

For his part, Saúl Castillo, MARENA delegate in Siuna, stated that, "as an institution, we are focused on guaranteeing indigenous peoples and ethnic communities full recognition of communal property rights, use, administration, management of traditional lands and their natural resources, but above all we are here to raise awareness of their protection and conservation."

"We can ask ourselves what URACCAN, MARENA and other representatives of institutions here in Sikilta do: we are here because as long as they give us the opportunity to be accompanying them we will do so, with a view to vigilance, control but above all to the formation of values in each of the inhabitants through education," the official said.

MareNA inspector Norlan López, a URACCAN graduate of Agroforestry Engineering, explained that as an institution they focus their work on Law 217, Environment and Natural Resources, validating and enforcing the law mainly in the Bosawás Biosphere Reserve area and core reserve areas.

According to the trustee Dionisio Jarquín, the protection of his lands is governed by community-made regulations based on a conservation management plan, with the dream of eternally maintaining three indispensable elements for their survival: water, forests and oxygen.

Jarquin explained that "our struggle for the conservation of natural resources is ancestral, just as our strategic plan has forest harvesting procedures; in case of construction of homes by families, after leaving university, when marriage is married, by the death of a relative or by illness."

The indigenous leader noted that "the use of resources is regulated from the Indigenous Territorial Government, so in case of lack of the principles and regulations it is issued to the authorities to begin trials against the person who commits crimes against Mother Nature".