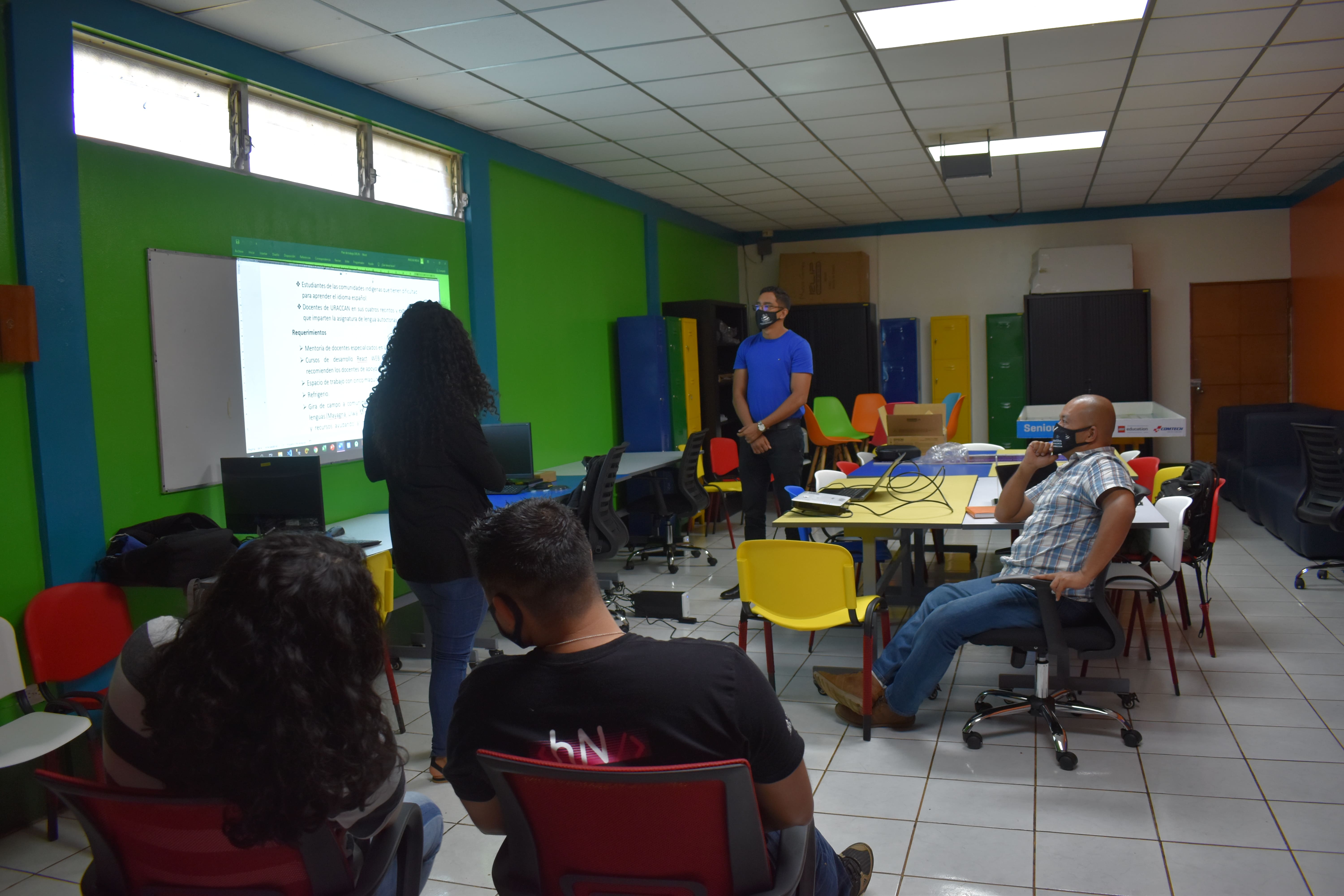 As part of URACCAN's work, in promoting innovation from the realities of the peoples of the Caribbean Coast of the country, a meeting was held between the Directorate of Innovation and Intercultural Community Entrepreneurship of URACCAN and the Open Innovation Center of the New Guinea campus, with the group of students who created the Nicaraguan Indigenous Language Revitalization System (SIRLY).

This meeting was attended by the young Abner Josué Zamora Mejía, Seyling Romero Díaz, Kevin Eugenio Tercero Rodríguez and Elsi Fabiola Brizuela Mejía, who, at the end of 2020, achieved the first place nationally in the Junior category in the national competition for Recognition of Research and Scientific Development, delivered by the National Commission for Scientific and Technological Research (CONICYT).

Young people, with the support and advice of the URACCAN, seek to improve its application and turn it into a system of revitalization of indigenous Nicaraguan languages, which consists of a web and mobile application, which allows to incorporate the different languages of the Nicaraguan Caribbean region.

According to Master Victor Zuñiga, Director of Innovation and Intercultural Community Entrepreneurship at URACCAN, it is "extremely important to have the participation of the speakers of these languages, it is essential to know and make a process of consultation with the peoples, which will also give greater value to the work", he said.

In this regard, Ing. Holman Rojas, director of the URACCAN Open Innovation Center in New Guinea, said that "space, technology and tools are available for stakeholders to build ideas," he said.