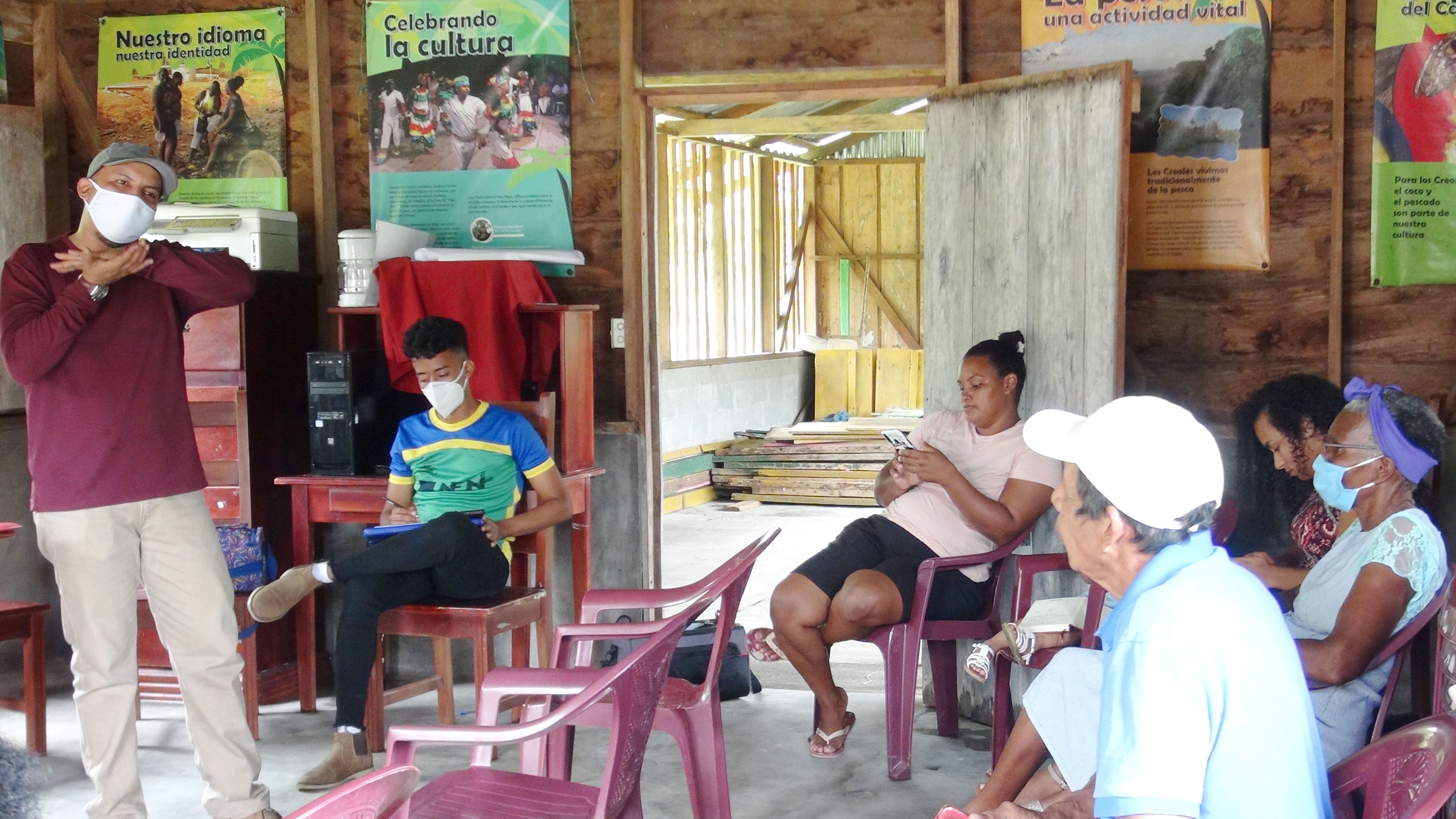 From these visits arise strategies for the protection and conservation of natural resources and fauna.

The Institute of Natural Resources, Environment and Sustainable Development (IREMADES) visited three communities of the Rama Kriol Territorial Government (GTRK), within Indio Maíz, Grey Town, Indian River and Corn River, in order to participate in an assembly with the community and evaluate the plan of action of that reserve. Similarly, surveys were raised aimed at providing information for the development of strategies that promote conservation actions and sustainable tourism in the area.

It should be noted that this plan was officially launched from 2019 to 2021 and since it actions have been implemented by the GTRK, Communal Governments, the leaders and community of Greytown, Indian River and Corn River, and now URACCAN through IREMADES

This plan identifies one-off actions to address immediate threats to the Corn Indian Biological Reserve and the culture, lifestyle, lands, and ancestral waters of the Corn River, Greytown, and Indian River communities.

Follow-up to the plan

According to Juan Mendoza, of Project Tapir Nicaragua, "the plan was born as an initiative of the communities with a whole methodology of work and has some components such as protection, research, ecotourism development, among others, and are actions that the same communities see as necessary to protect and guarantee a good quality of life for themselves in the reserve".

"Among the actions executed by IREMADES and Project Tapir within the plan, we have helped them organize three team of rangers, of which at the moment there are two assets; they have also been trained; Community surveillance posts were built within the reserve; we have developed research that has to do with poison fishing; training with green businesses for the benefit of the same communities."

"The team was able to collect inputs to make legal enactments regarding the use of natural resources, use in fisheries, timber and non-timber forestry, ecotourisms, projects, settlements within the reserve, settlements for the same communities," Mendoza explained.

Mendoza also went ahead that "the next action to be implemented would be regulations; for this we are having the accompaniment of a legal advisor who is a member of the Rama Kriol territory, and is developing working groups with members of the communities to be able to develop these regulations."

Teacher Xiomara Treminio, coordinator of IREMADES, said that "with these actions we have been accompanying the territory Rama Kriol, on this tour through the assemblies we realized what they demand in the territory about regulations, so we always have their opinion and participation, because they are the ones who live and they belong to the territory".