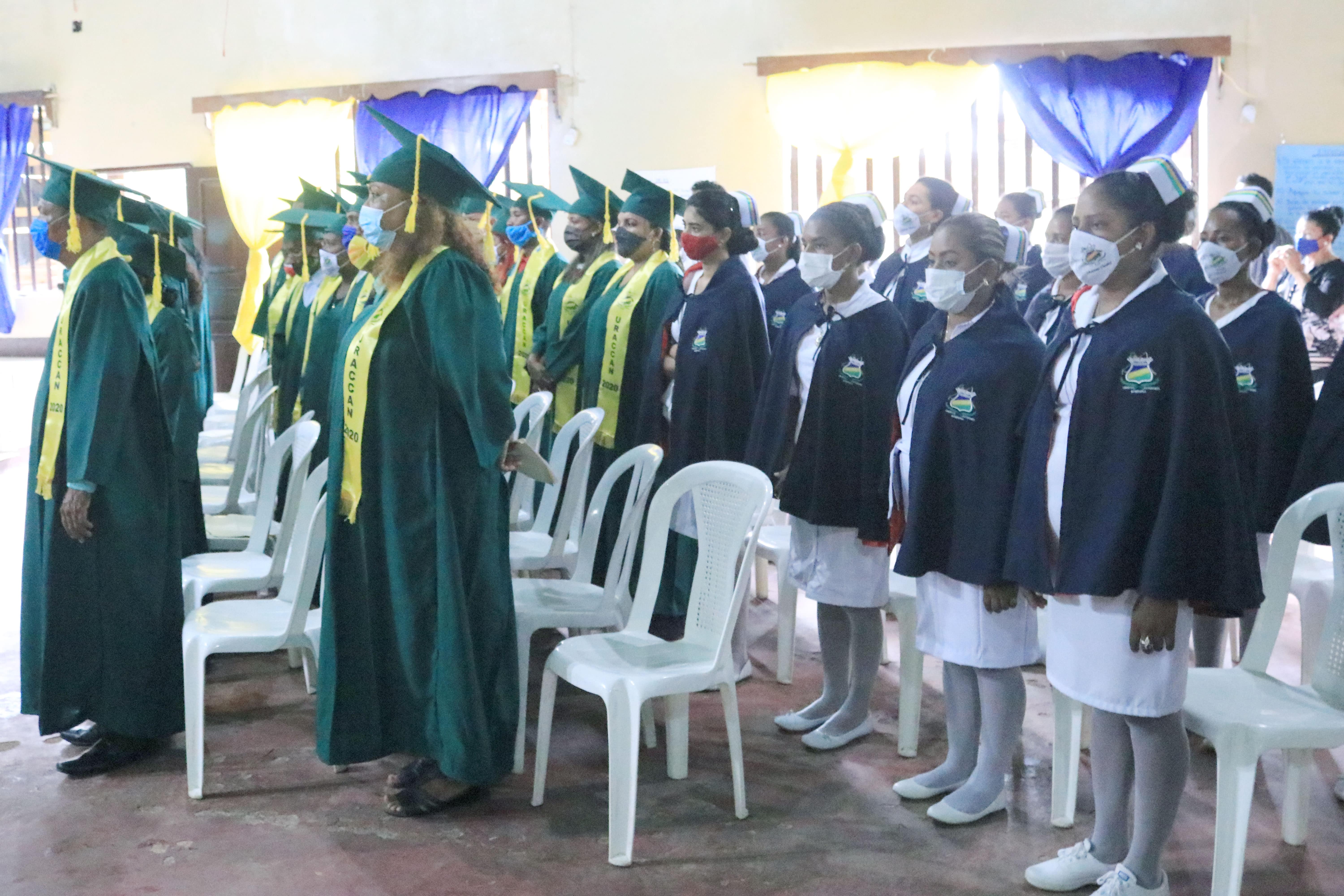 The rector of URACCAN emphasized the pride of families and the university for its new professionals.

"People who identify in their culture are invincible peoples."

In the university extension of Waspam was held the twenty-first graduation, where 75 new professionals received their undergraduate degrees and were accompanied by their proud families and by the main authorities of URACCAN: their rector, Dr. Alta Hooker; the Secretary General, PhD. José Saballos; vice-chancellor-general, MA. Yuri Zapata; the vice-chancellor of the Bilwi campus, Enrique Cordón, PhD; the coordinator of the Waspam extension, Hermes Castellanos, PhD; and members and guests of the Bilwi Campus University Council (CUR).

The graduation motto was: "Peoples who identify in their culture are invincible peoples", which evidences the appropriation of graduates of the Intercultural Perspective of Gender, pride and Caribbean identity.

In this sense, Rector Hooker stated that "One of the cross-cutting axes of the university is precisely the construction of intercultural relations, that is based on culture, that has to do with how each of these peoples sees the world".

The highest authority stated "to be sure that its relatives, that the university, are proud and proud to be celebrating 75 new professionals who have trained in the house of greater knowledge, URACCAN".

During the ceremony there were recognitions to those who were the best students of the different careers offered by this institution of higher education in this extension. In addition, each graduate was sworn in with his homeland and ethnic identity.

The now intercultural nurse Xuxan Salazar Chow was motivated to have completed her studies with great success, as well as being the best student, with excellent average in her course. "I studied the career of Senior Technician in Intercultural Nursing here at URACCAN, because we are indigenous peoples of the Caribbean Coast. I am quite proud to be part of URACCAN, because they gave me a lot of knowledge," she said.

For her part, the graduate in Pedagogy and best student of her career, Santos Eleonor Brenes Gaitán, stated that from now on they are left with the objective "to continue multiplying the values and principles that URACCAN instilled in me, during the 5 years of my career".

It should be mentioned that since the Waspam extension has managed to graduate about 800 professionals.In this 2020, the 75 who participated in the graduation studied the careers: Bachelor of Pedagogy, Professor in Middle Education (PEM), Spanish Language and Literature, Senior Technician in Intercultural Nursing and Bachelor of Education Sciences with mention in Spanish.

These new professionals will go out into the world to work, reinforced with ethical and professional values from the Intercultural Gender Perspective that only URACCAN provides to its students, thus strengthening the development with identity of the region and the autonomy of the peoples.