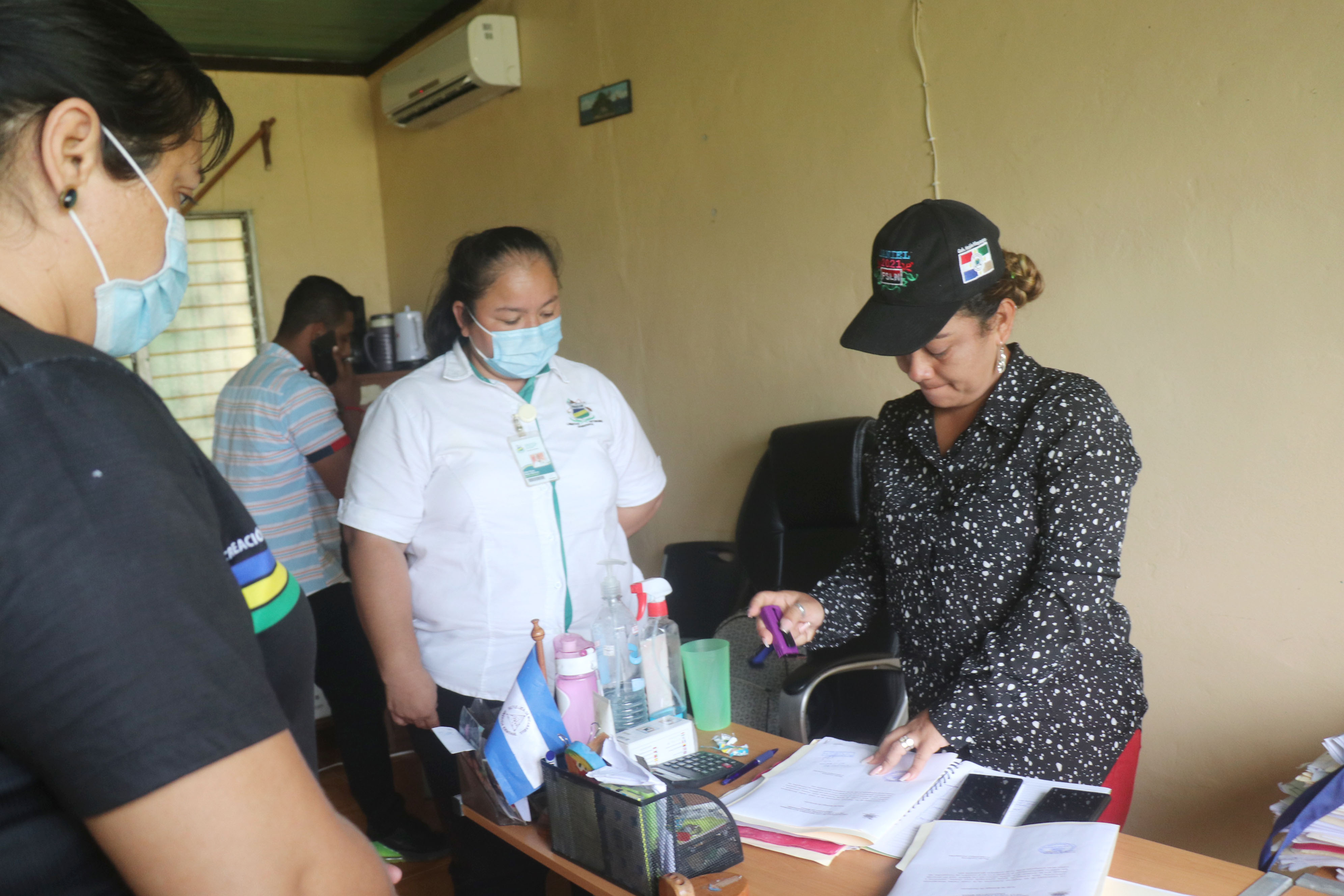 The mayor of the municipality, Prodelina Bob, received the donation from the town of Siuna, delivered by the authorities of the Las Minas compound.

This study house has accompanied the costly families since the hurricane began.

A truck loaded with basic clothing, shoes, sheets and grains was delivered in Alamikamba to Mayor Prodelina Bob for distribution to families affected by Hurricane Eta on the banks of the Prinzapolka River. The university community of URACCAN Las Minas, led by its vice-chancellor, Angélica Leonor Ruiz Calderón, and its rector, Dr. Alta Hooker Blandford, conducted a humanitarian aid collection campaign in Siuna, Rosita, Bonanza, Waslala, New Guinea, Bluefields and Managua to help the affected of the Huaracan Eta in the North Caribbean.

A commission composed of the teacher Rosa Montenegro, coordinator of the area of Education and Languages, Mr. Alba Mejía, representing the administrative guild, the master's degree José Garth Medina, distributor of the enclosure, and The Joshua Alfaro, inspector of the student residence, all of URACCAN Las Minas, were appointed by Angelica Leonor Ruiz Calderón, PhD., to bring the aid to Prinzapolka.

The Rosa Montenegro master's degree said that the collection was an initiative of the rector Alta Hooker and vice-chancellor Angélica Leonor Ruiz Calderón and the teacher Sorayda Herrera Siles, academic secretary of the venue, to organize a collection with humanitarian aid in Siuna and the population turned to clothing, shoes, cash and thus bought basic grains, all that was delivered to the authorities by the Municipal Committee for Mitigation Prevention and Disaster Care in Prinzapolka.

Prodelina Bob, mayor of Prinzapolka, thanked the URACCAN authorities and the people of Siuna who are supporting the families most affected by hurricane Eta, especially on the coast and the middle basin that a flood like this had never been seen before.

"We want to thank all the help of clothes, food, shoes, because there are families who were left without clothes, without food and without housing; this aid will be very useful to prinzapolka's families," she said.

The president of the Autonomous Regional Council of the North Caribbean Coast thanked the URACCAN authorities and noted that they have been accompanying families since hurricane Eta began to affect.

"We have accompanied the families of Prinzapolka and have been provided with packages sent by the Government of Nicaragua, we thank the people of Siuna and URACCAN for this support they have sent, as there are many families left with nothing left in their homes," said President of the Regional Council.

The Municipality of Prinzapolka is one of the largest municipalities; has 85 communities that were directly affected by the passage of Hurricane Eta.

URACCAN as a Caribbean university feels the pain experienced by families who have lost everything, including many of our officials in Bilwi and from their beginnings of solidarity.