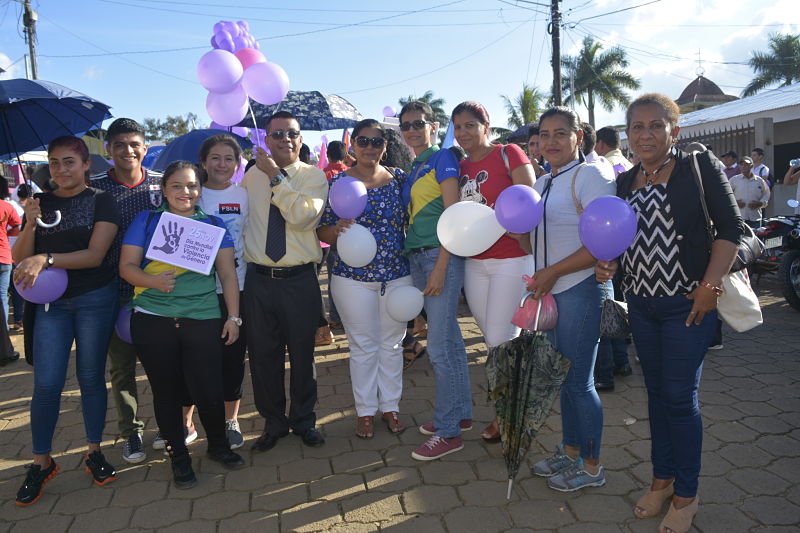 March against violence against women

On International Day for the Elimination of Violence against Women, URACCAN University, from its University Campus New Guinea, with the participation of workers from institutions and young people, marched down the main street of the city to commemorate this date.

In this sense, the PhD. Eugenio López, vice-chancellor of the venue, commented that "URACCAN since its foundation has recognized the rights of both women and men. Within the university we have a Center for Multi-ethnic Women's Studies and Information, we have created a regulatory framework for the care of cases of gender-based violence, we have an ongoing process of training with teaching, administrative and student staff," he said.

Accompaniment from a gender intercultural perspective

Lopez also mentioned that "We have accompanied the community, creating alternative mechanisms of attention to violence such as Mutual Aid Groups with survivors of gender-based violence, training psychologists, lawyers, men, women and children," he added.

The official also referred to the work that URACCAN, from its various spaces, has been carrying out since a constant fight against all kinds of violence, highlighting the fundamental role of these women mothers, working women who contribute to the well-being of families and the development of communities and the country.

From this context, this study house has incorporated the subject of sexual health and reproductive rights and a permanent awareness plan, which allows the university community to establish relationships of harmonious and respectful coexistences that involve the Good Living, as proposed from its institutional philosophy.