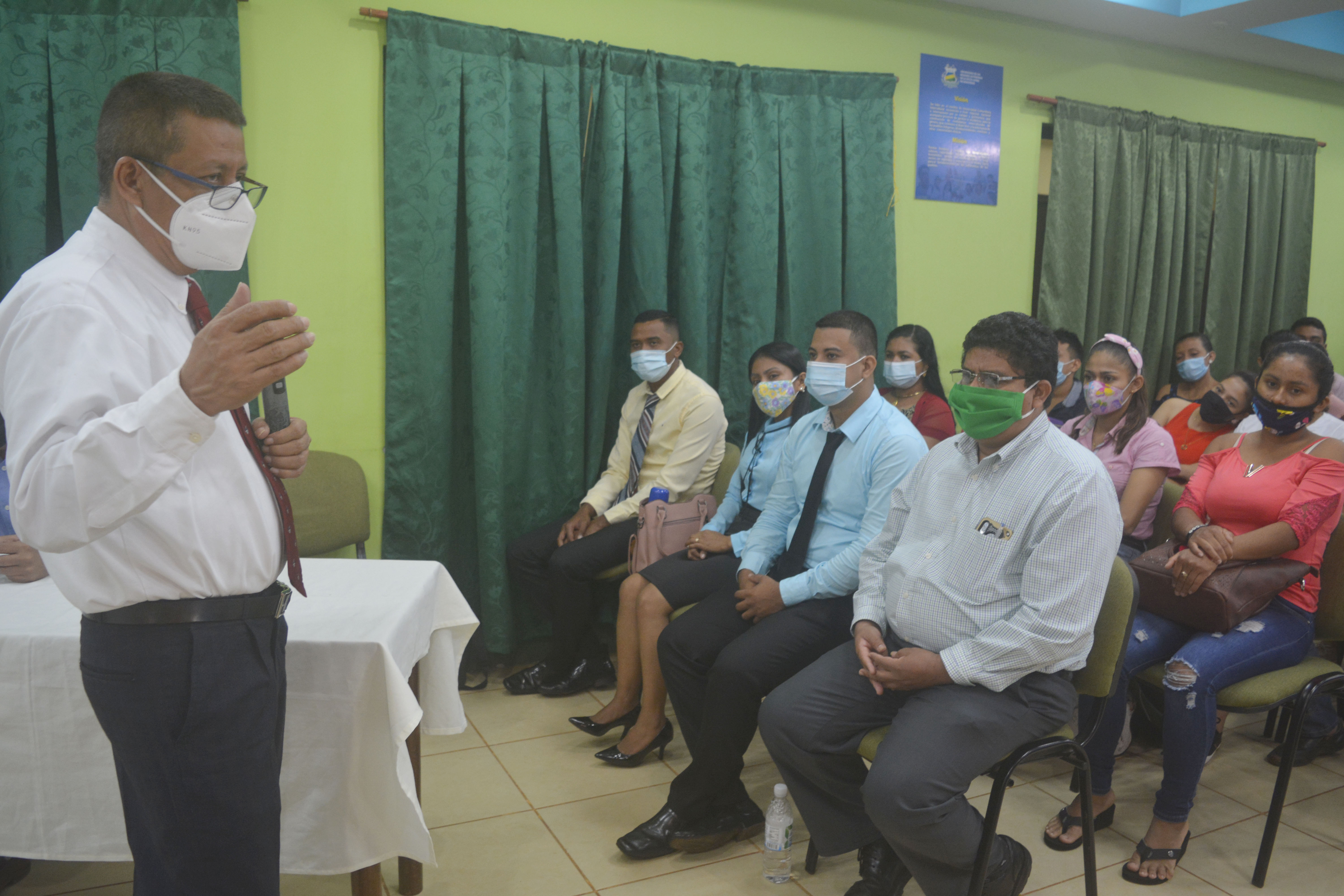 The deputy chancellor of the compound, PhD. Eugenio López, gave the words of welcome.

The URACCAN campus in New Guinea, since its foundation has developed the University Conferences for Scientific Development (JUDC). This year, he opened his XXII JUDC, with the participation of 36 works, among research, projects and monographs. The main purpose of this academic activity is to promote and enhance research among students, as a form of the process of vocational training and knowledge of the different problems affecting our society and the municipality.

After the religious invocation that opened the most anticipated research event of the year, the PhD. Eugenio López Mairena, vice-chancellor of the compound, gave the words of welcome to those present, making a little history of what research has meant for URACCAN and particularly for the New Guinea campus.

"The following year of starting classes in this campus, the first Scientific Day was held, that means that from the beginning they began to incentivize what research is, a cross-cutting axis in our university and internationally, because research is the ones that give the solution to many of the problems we face in today's world" , said the professor, who also said that this edition of the JUDC is in greeting the 26th anniversary of URACCAN and the 33rd anniversary of the enactment of the Autonomy Act.

The JUDC is an activity that arises in the universities of Nicaragua, in the year 1980. It summarizes the research activity carried out by the university each year, both in the area of teaching and extension and free research, the greater participation is of our students.

The JUDC brings together a year-long research work at the university campus. Many of these researches are incorporated into URACCAN's journals, allowing the dissemination of important information in Nicaragua and the Caribbean Coast.

For the obed Zeledón teacher, coordinator of the area of Administrative Informatics, "the idea is to promote scientific research, but also to develop processes of innovation and entrepreneurship that from the classrooms students and teachers promote for the benefit and professional development".

In each university campus of this study house is held, every year the JUDC; and the best works are rewarded with material and moral stimuli. In addition, the best work of each venue participates in the national exposcience, in which all UNC member universities participate.