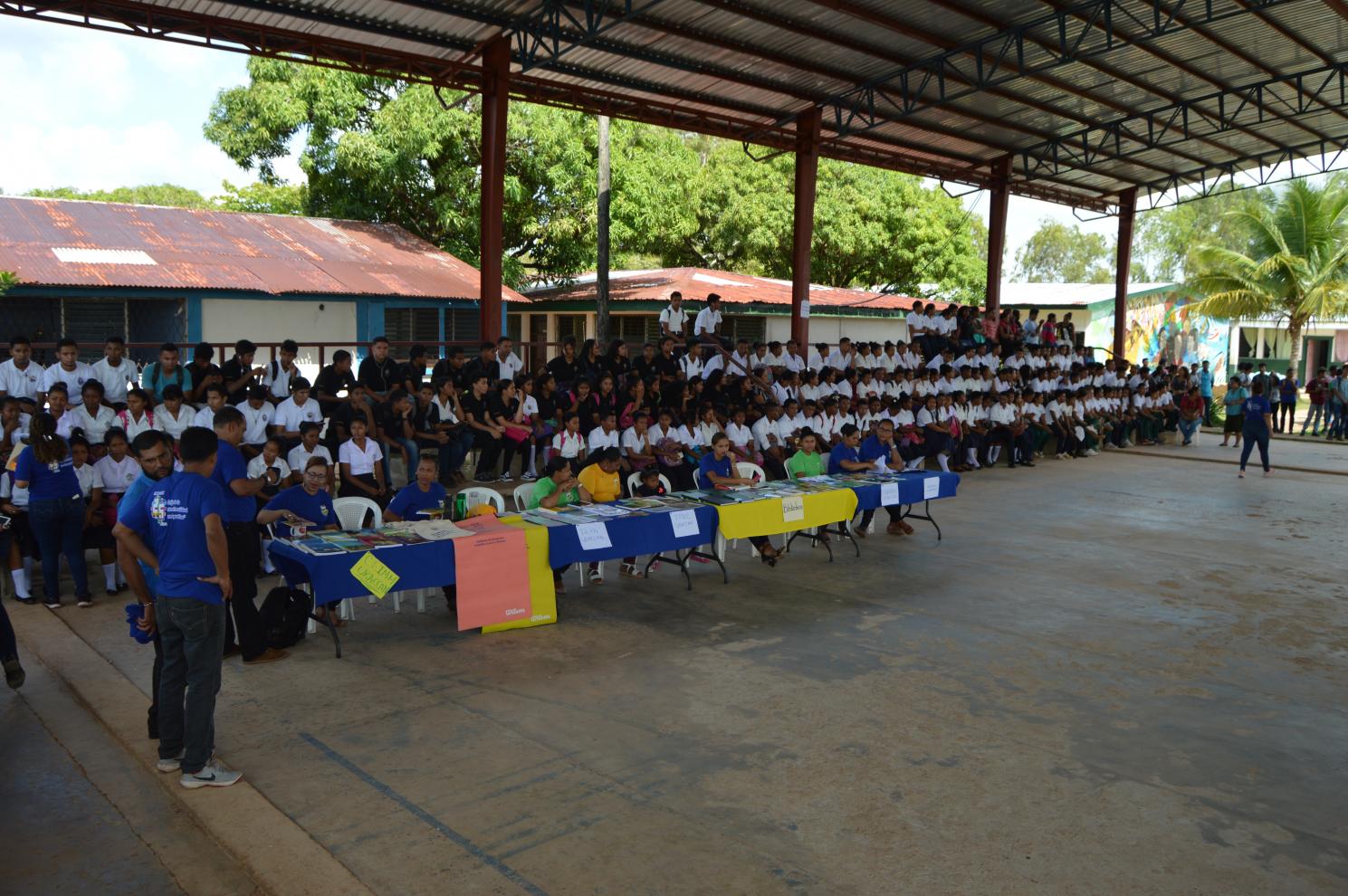 This Friday 04 and Saturday 05 October, in URACCAN Bilwi venue, the Open House is held, having as main protagonists finalist students of the schools and institutes of the city of Bilwi, who visit the facilities of the venue to learn about the different races offered by URACCAN in this 2020, in addition to knowing about the institutional work.

On the morning of this Friday, the schools that participated were Moravo JAC College, Verbo Christian School, Christian Children's College Jesus, Marvin Mitchell School and the Grand Duchy Normal School of Luxembourg, which attentive to the orientations, visited each of the laboratories that URACCAN has in the Bilwi university campus, in addition to participating in various cultural dynamics.

The Phd. Enrique Cordón, vice-chancellor of the Bilwi compound, was in charge of giving them the warmest welcome to the secondary education student who visited the campus, "I want to tell you that the university, the URACCAN is open to each of the boys who have intentions or who are interested in studying one of the 14 careers that we are offering," Cordón said.

For her part, teacher Ivonne McLean, academic secretary of the Bilwi campus, presented to the high school student community the academic offer 2020, mentioning that from this venue were offered 7 bachelor's degrees, 3 engineering and 3 superior technicians "anyone who wants to prematricular today (during the open house) is totally free," McLean added.

In addition, coordinators and coordinators of the different academic areas of the campus, had the opportunity to present the work according to the profile of the careers that are being taught on this university campus, in addition they urged the secondary who will pre-mattricular to be part of this large family of URACCAN.

Various stands or positions were also installed to give information to high school students, where those in charge of attending them were the same students of the various careers, in addition to those of psychology in multicultural contexts had the opportunity to practice vocational tests.

URACCAN from a different perspective

Student Nelly Virginia Martinez, of the Verbo Loma Verde Christian College, said she felt good because "we are discovering what the university has, the laboratories," and she also stated that the career that caught her eye was intercultural medicine, and urged the other students "who can come to study at URACCAN, that the university is beautiful and that she has several careers" Martinez argued.

For his part, young Milton Hernandez, a fifth-year student at the Catholic College Child Jesus, said that the open house had seemed like a good initiative because so students can learn about the vocation or career they want to study when they reach the university level, Hernandez said that URACCAN "is a good university and that he should visit it to see if they like careers and are ceded by the university itself" He concluded, adding that the career that has caught his eye the most was business administration.