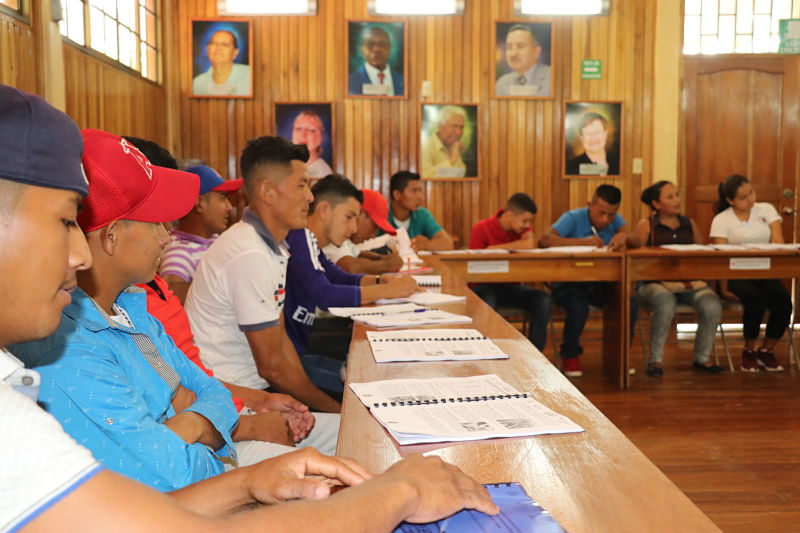 They hold cocoa diploma in Siuna

A total of 30 young people, sons and daughters of cocoa producers, in Siuna, began a diploma in cocoa, which aims to transfer the knowledge to develop and manage cocoa crops in their plots, contributing to the agroeconomic development of the Autonomous Region of the North Caribbean Coast.

According to the Msc. Ariel Chavarría Vigil, Academic Secretary of URACCAN Las Minas, this academic process seeks to promote cocoaculture in the North Caribbean, responding to and developing the Intercultural Community University model.

For his part, Santos Palma, manager of business development and productivity of the Program Progresa Caribe, which runs Catholic Relieve Services (CRS), this is the second year with children of cocoa producers, to ensure better management and marketing of its products to the market.

Likes, Ismael Cano Picado, from the Community of Torno in Siuna, will serve to strengthen your cocoa knowledge, and based on that, implement it on your plot, highlighting that with better production of your plot, you will have benefits in your family and community.

"Sometimes, because we have no knowledge, plots are not given importance and production is low, we cannot. And already passing a diploma, you learn, from the beginning to the end, the management of the crop and that will improve the economy in the family as well," added Maribel del Rosario Cruz, from the community of Rancho Alegre.

URACCAN carries out processes of accompaniment to the producers of the region through the intercultural community extension, which is part of the processes that the university brings with the community, carrying out a articulation of the own and scientific knowledge of its institutional pedagogical model and those of the communities.