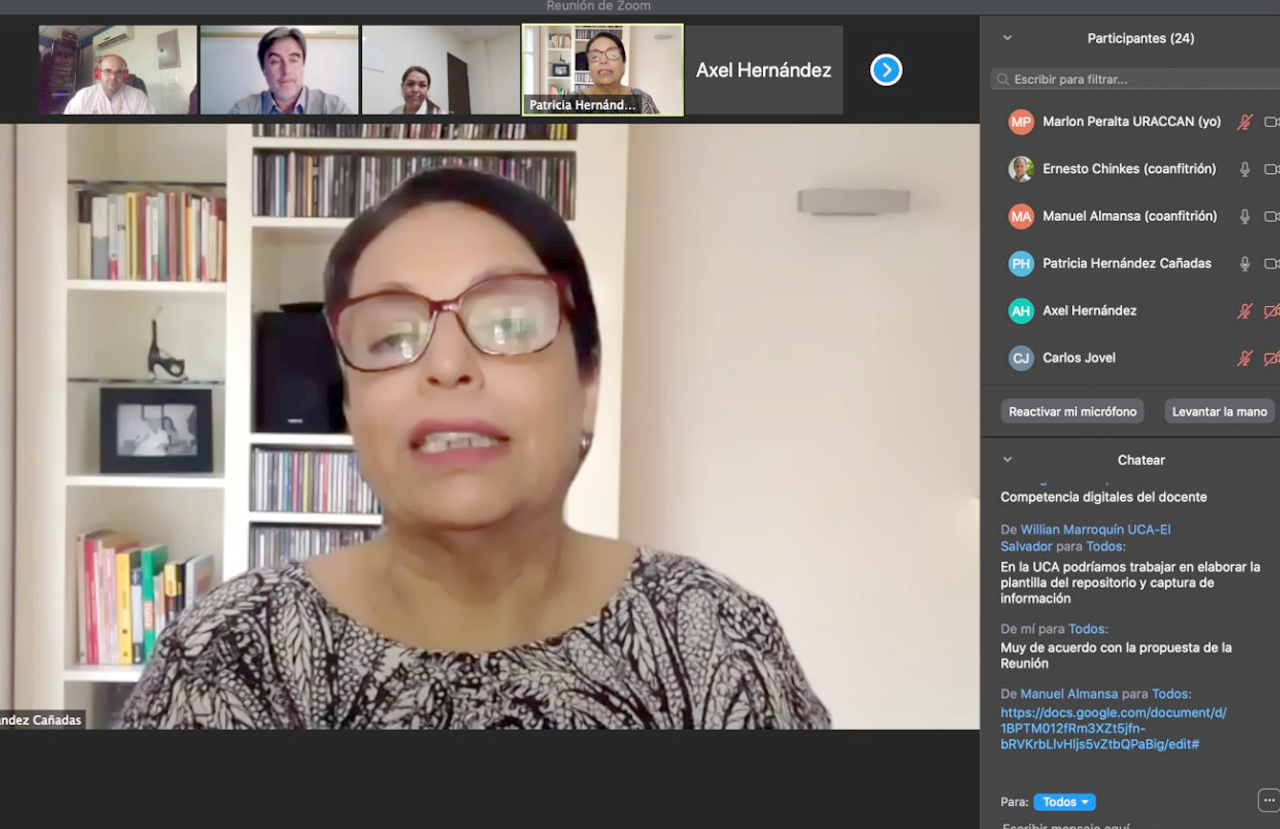 Pictured, some of the representatives of different Ibero-American universities that are part of MetaRed.

A team of URACCAN, delegated by its rector, Dr. Alta Hooker, and representing by the director of the Institutional Information and Communication Technology System (SITICI), MSc. Marlon Antonio Peralta participated this morning in an extensive working session convened by MetaRed Central America and the Caribbean, in which experiences and proposals on Educational Technology, Cybersecurity, ITCs Infrastructure and Systems Development were shared.

According to The Peralta Teacher, URACCAN is already part of this network of Ibero-American universities that work collaborative projects and research, with the aim of strengthening higher education. The URACCAN team consisted of SITICI coordinations in all campuses, covering the areas of Educational Technology and Computer Security.

Throughout the discussions, there were expert dissertations in each of the proposed lines of work. The first intervention was carried out by the coordinator of metaRed Brasil's Educacionais Technology Management Group and GGTE/UAB coordinator at UNICAMP, Brazil, Marco Antonio Garcia Carvalho.

At the end of the day and having raised proposals on the work that each group could do, the URACCAN team is preparing to participate tomorrow in the third session, where it is hoped to implement actions to develop projects and research collaboratively in conjunction with other MetaRed member universities.