Skip to main content
Students of Education Sciences with mention in Biology, contributing to interculturality 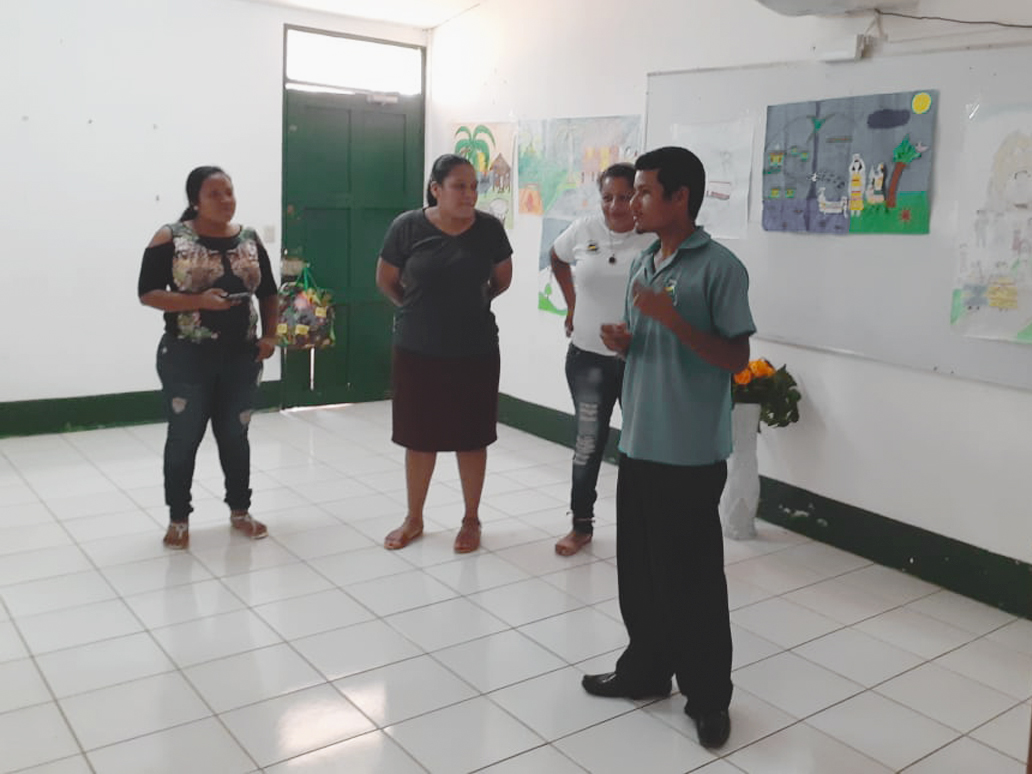 Students of Education Sciences with mention in Biology promote interculturality.

Students of the III year of Education Sciences with mention in Biology made a dynamic on interculturality, within the framework of the subject Intercultural Citizenship, representing through drawings, painting, collage and singing aspects of the personal and cultural identity of each participant.

The activity was based on answering the questions "Who are we?" and "Where are we?", developing a reflection based on the ethnic identity of the participants. Intercultural practice also raised concerns about the other "who are the others with whom they live in their environment? Where are they?"

Interculturality as a way of life

"The activity promoted by the group of students made them analyze around that interculturality is a way of life and not just an institutional philosophy," said teacher Marbella Jirón, coordinator of the area of Education Sciences and Languages.

The drawings presented by the students remarked the cultures of the six peoples of the South Caribbean Coast, framed in their dances, customs, economic activity, among other aspects that highlights their identity.

Among the exercises carried out by young people, he highlighted the analysis of the lyrics of the Hymn of Autonomy, in which they highlighted the intercultural richness that is in the singing of the costaeños, which cultivates the brotherhood of the peoples that make up the region.

The students of this house of higher education work in the development of communities and peoples, focused on social development with identity, that is why from each area actions are promoted that involve young people from their training to the construction of interculturality in their environment.

According to the exhibitors, through actions that promote the appropriation of the ethnic identities of indigenous, mixed and Afro-descendant peoples of the Caribbean Coast, he contributes to the construction of true intercultural citizenship.

In URACCAN, interculturality is promoted in different contexts, lived daily by sharing knowledge and doing with different peoples, which strengthens the experiences and knowledge of each culture, the exhibitors reflected.