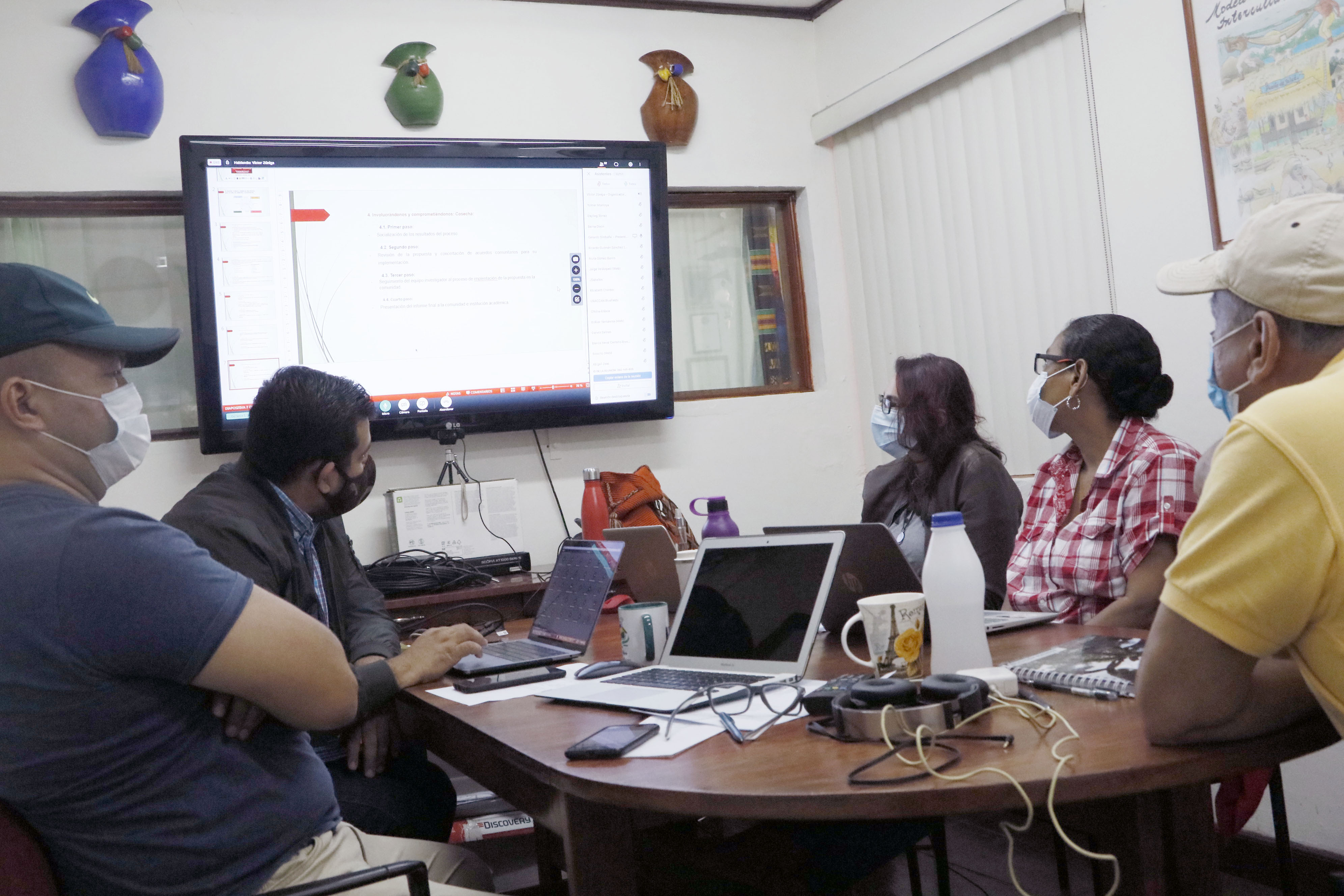 According to Master Simbaña, any investigative process must be based on community consent.

Methodological steps for the implementation of CCRISAC in investigative processes

This Friday, September 11, URACCAN organized the second webinar of the three that contemplates the conference cycle on the RESEARCH paradigm CCRISAC (Cultivation and Breeding of Wisdoms and Knowledge). Today's exhibition was named "The Path of the Relational Symbolic Vivencial", by the MSc. Gerardo Simbaña, academic and research coordinator of the Amawtay Wasi Multiversity (PAW), Ecuador.

This activity is part of the project of three Latin American universities (URACCAN, PAW and Universidad Autónoma Indígena Intercultural, UAIIN) for laying the epistemological foundations of CCRISAC, in connection with the UNESCO Chair: Wisdoms and Knowledge of Peoples.

This project, organized by the Directorate of Innovation and Entrepreneurship and the Coordination of the UNESCO Chair, both of URACCAN, was in the participation of researchers, teachers and students, national and international, and aims to inform and concrete methodological steps for the implementation of CCRISAC in various research processes driven from the three universities mentioned, thus contributing to the decolonization of thought , good living, living well and with dignity, as established by the worldview of the original peoples.

Master Simbaña founded his methodological proposal on the representation of the three worlds that combine to make way for the whole: hanan pacha (the world above), kay pacha (the world here and now) and uku pacha (the implicit world). In quichua, the word "pacha" encompasses the dimensions of time and space. From this conception of the world, reality is a spiral, a symbol of abya Yala's own philosophical cultures.

Throughout his profound dissertation, Master Simbaña explained each of the elements and steps contemplated by the relational symbolic experience path, for which every investigative process must start from the consent of the community. That is, the project is built jointly with the community, which participates validating each of its stages.

From the methodological proposal of Master Simbaña, it is necessary to form a research team, between those who propose the project and among whom the community designates to accompany this process. This combines conventional methods and own research methods.

Throughout his explanations, the Ecuadorian academic emphasized that research should start from the community, engage the community, and return to the community. Therefore, CCRISAC is conceived as a process similar to traditional agriculture, where planting, care and harvesting were shared among all and all enjoyed their riches.