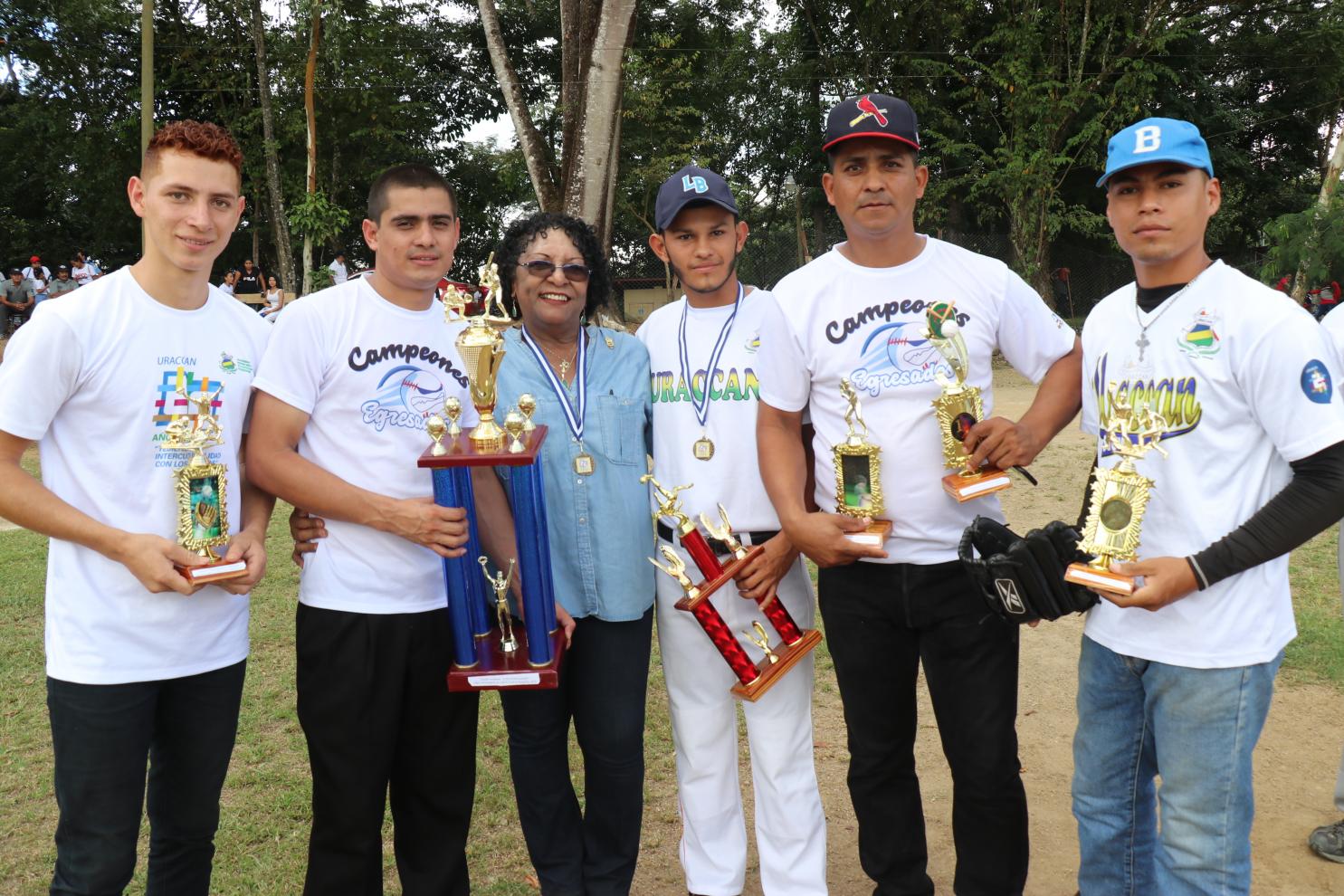 The interinstitutional league that performs URACCAN for the second time in its university campus Las Minas, was dedicated to the magnificent rector of this institution, Dr. Alta Hooker Blandford, in recognition of her determined support for sport, culture and Intercultural Higher Education on the Caribbean Coast, Nicaragua and Abya Yala.

"URACCAN Las Minas dedicates this league to you for its invaluable support, sport, culture, art, this contributes to our model of Intercultural Community University, but also to the strengthening of intercultural citizenships and the culture of peace," Vice-Chancellor Ruiz Calderón said, during her attention at the event.

URACCAN's inter-agency league in its second season is a recreation space of the Siuneña community and university community, which allows the URACCAN family to be scattered with the community, with the participation of 14 teams.

"I am very happy to see young people play, work, see fellow taxi drivers and by next season there must be eight teams of women and not six, because you get to share joys, energies, to share strategies of the game because everyone learns from the other. Everyone looks at the ones a team makes, especially the winners, to say: next time I take it," Rector Hooker said with emotion.

For his part, the mayor of Siuna, Otilio Duarte, congratulated the rector on the honor of being present by dedicating this league to her, which is very important for the municipality where sports are made in all sports disciplines.

The mayor also announced that he participated in a national football championship and from December 11-14, a regional children's championship of 9 and 10 years and 11 and 12 years, would be held in Siuna, and will be played at Oncelo Martin Jackson Stadium.