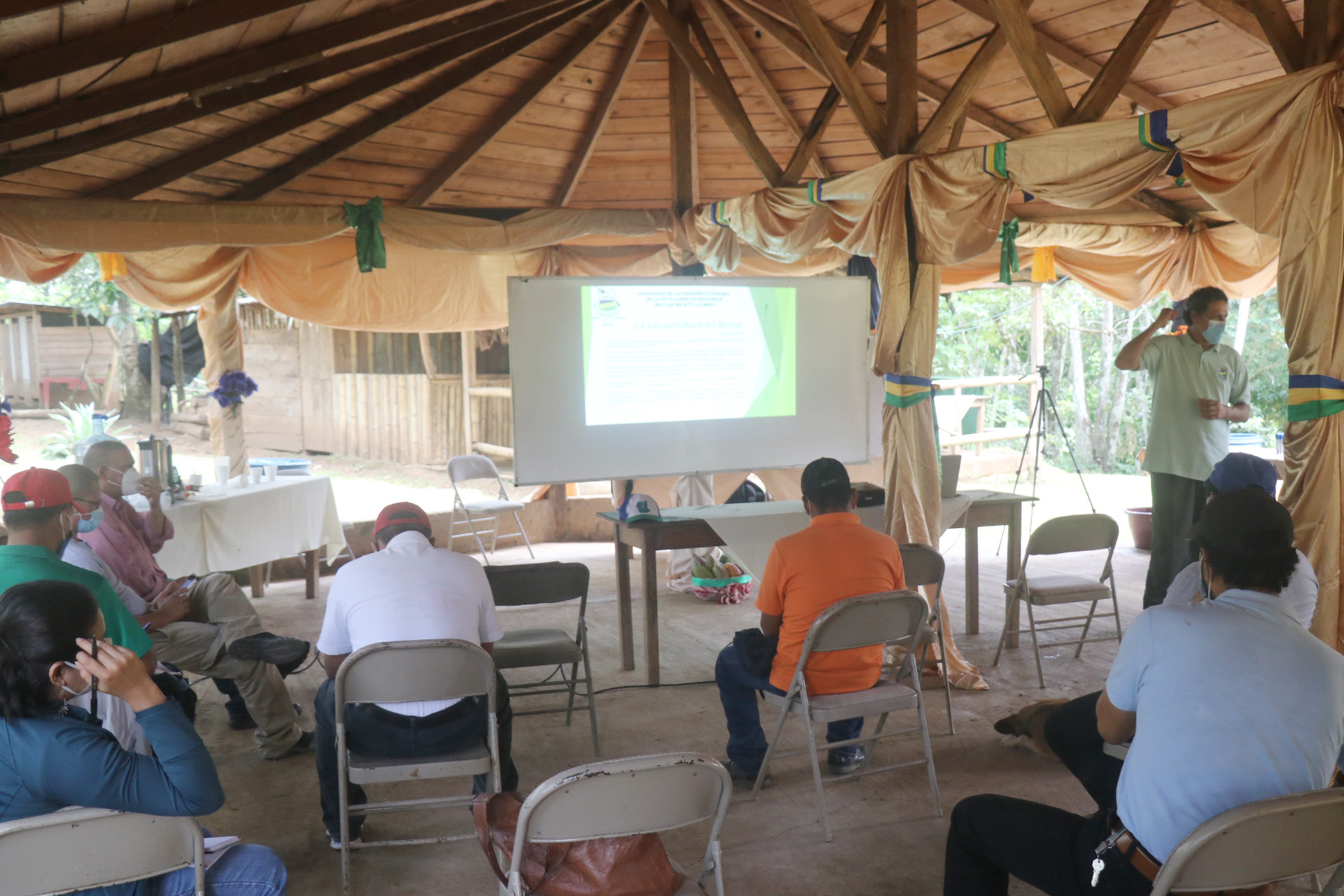 As part of the articulation between URACCAN and the Wildlife Conservation Society, a workshop was held with producers of communities that are in the buffer area of the Bosawás reserve, with the aim of reflecting on cocoaculture, which is an environmentally friendly product, at the Los Laureles Natural Laboratory in URACCAN Las Minas.

This was expressed by the teacher Sergio Rodríguez Ruiz, coordinator of External Cooperation at the Las Minas campus. "This is a way to share knowledge and knowledge presented in different scenarios that focus on ensuring that cocoa farming, mixed-race and indigenous peoples can sustainably produce and promote community agroforestry of low-shaded cocoa to ensure economic alternatives and contribute to the conversation of Mother Earth in the buffer zone of the Bosawás reserve," Rodriguez added.

Tulio Rodríguez Córdoba, manager of the sectoral cocoa cooperative March 29 RL, said that since 2010 the cooperative began to operate thanks to the alliances between URACCAN, UNIDO and the partners, since cocoa has developed and is a large value chain.

This cooperative is in the bosawás reserve part and the fundamental objective is to protect the environment and certifications are being scurted that allow partners to work their plots without the use of insecticide, to have a better international market.

Another objective is to slow the advance of the agricultural border in the reserve, promoting agroforestry systems for environmental protection.

Pedro Sánchez Aguilar, cocoa producer of the El Hormiguero community in Siuna, said that the workshops they are receiving are excellent, as URACCAN has been accompanying cooperatives since 2000 and has since been training on different topics on cocoa farming.

Fabricio Diaz, representative of the Wildlife Conservation Society in Nicaragua, said that for five years the alliance between his organization and URACCAN has been developing, which for them is key to the university's fabric with producers and communities in the area.

One of the priorities of the Wildlife Conservation Society is the conservation and protection of the environment and are currently focused on the promotion of agroforestry systems and cocoa cultivation, which is of vital importance for conservation in the region.

URACCAN, from its model of intercultural community university, promotes from its Mission the care and protection of Mother Earth, and these conservation processes that are articulated with the Wildlife Conservation Society and the producers of the Bosawás buffer zone are aimed precisely at complying with it, the PhD made it known. Angelica Leonor Ruiz Calderón, vice-chancellor of the Las Minas compound