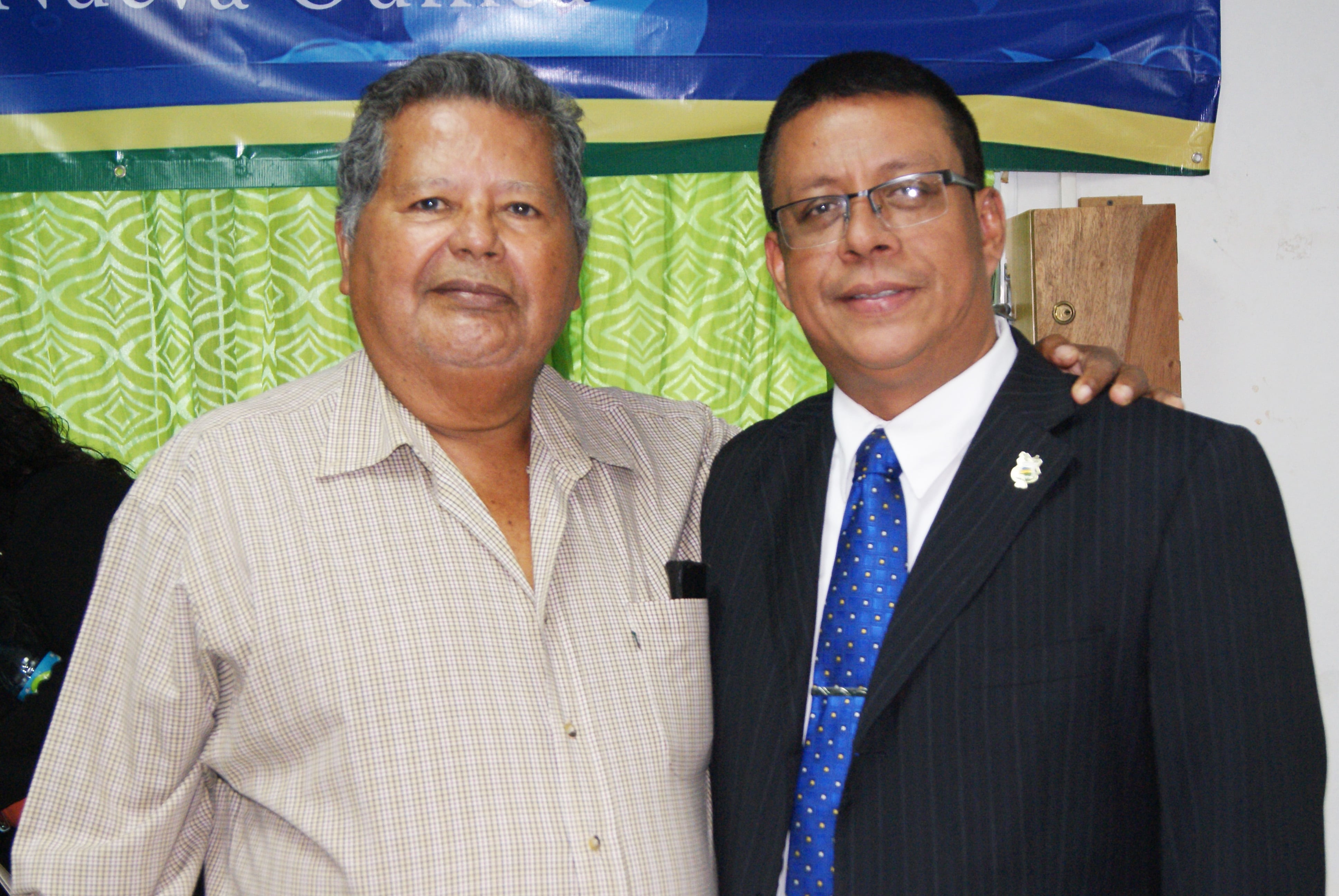 Tribute to a tireless benefactor and cultural promoter

URACCAN will forever remember Mr. Donald Ríos Obando (Q.E.P.D) as one of its main founders, a tireless friend and fighter for respect for human rights, cultural rescue and community development. Therefore, through the Cultural Citizenship Order Dr. Hilory Henningston Omeir Wesbter, URACCAN paid credit in 2015 to the laudable work of Mr. Ríos Obando, who left his indelible mark on the cultural, scientific, social and political heritage of indigenous, Afro-descendant and mixed-race peoples of the Caribbean Coast.

Today the university community mourns the physical departure of an endearing friend, but celebrates his accomplishments throughout his life and rejoices in the legacy he inherited from us.

Donald Rios was born on May 15, 1944, in Somoto, Madriz; in 1965 he arrived in New Guinea at the age of 15, being founder of this municipality and the University of the Autonomous Regions of the Nicaraguan Caribbean Coast (URACCAN) in the New Guinean compound and a member of the Electoral Committee of this house of studies.

In 1966 she married the young Irma Palma Hernández, who the following year died in childbirth (she was the first woman to die in New Guinea). In 1967 he worked as a tractorist for the Agricultural Institute of Nicaragua, making the runway that once operated in New Guinea.

He was president of the Union Peasant Cooperative and chairman of the Agrarian Reform Committee in New Guinea; from that post he was manager of hope Portocarrera Hospital, now called Jacinto Hernández, and 4 communal wells were built, which at that time supplied all the inhabitants of New Guinea.

In 1968 he married Lidia Espinoza, mother of his four children.

In 1979 he coordinated the Governing Board, until 1984, when he was the first mayor of New Guinea, a position from which he managed the creation of the municipality of New Guinea, the installation of drinking water to the 3,500 inhabitants of the time and the construction of the secondary institute now called Rubén Darío.

1980 was treasurer of the Literacy Crusade in New Guinea.

He managed to establish the municipal park where the only school "Salinas Pinell" used to operate.

He managed the construction of the Red Cross, the ambulance and a van.

He helped build Telcor, the only place where phone calls were made and telegrams were sent at the time.

He coordinated with the German Embassy the conduct of mechanics and carpentry workshops. In 1988, with the passage of Hurricane Juana, 35,000 sheets of zinc were managed to give the inhabitants and the Spanish Cooperation was achieved the construction of 367 spacious and comfortable homes, 2 houses communities, 2 public launders and the first cobblequin streets of New Guinea.

In 1997, as president of parents of the Rubén Darío Institute, he was manager to bring URACCAN to New Guinea, along with Claribel Castillo, Richard Arteaga, Gloria Jarquín (Q.E.P.D), Leonel Martínez and Anabel Leiva.

In 1996 he ran as a candidate for mayor and remained as a councillor, a role he played with great honesty, dignity and enthusiasm.

Don Donald was a companion and friend committed to good causes; solidarity and tireless for the struggle of his people; that is why having him as founder of one of the URACCAN enclosures and permanent companion in the processes of developing the life plans of this house of study has meant an immense privilege.