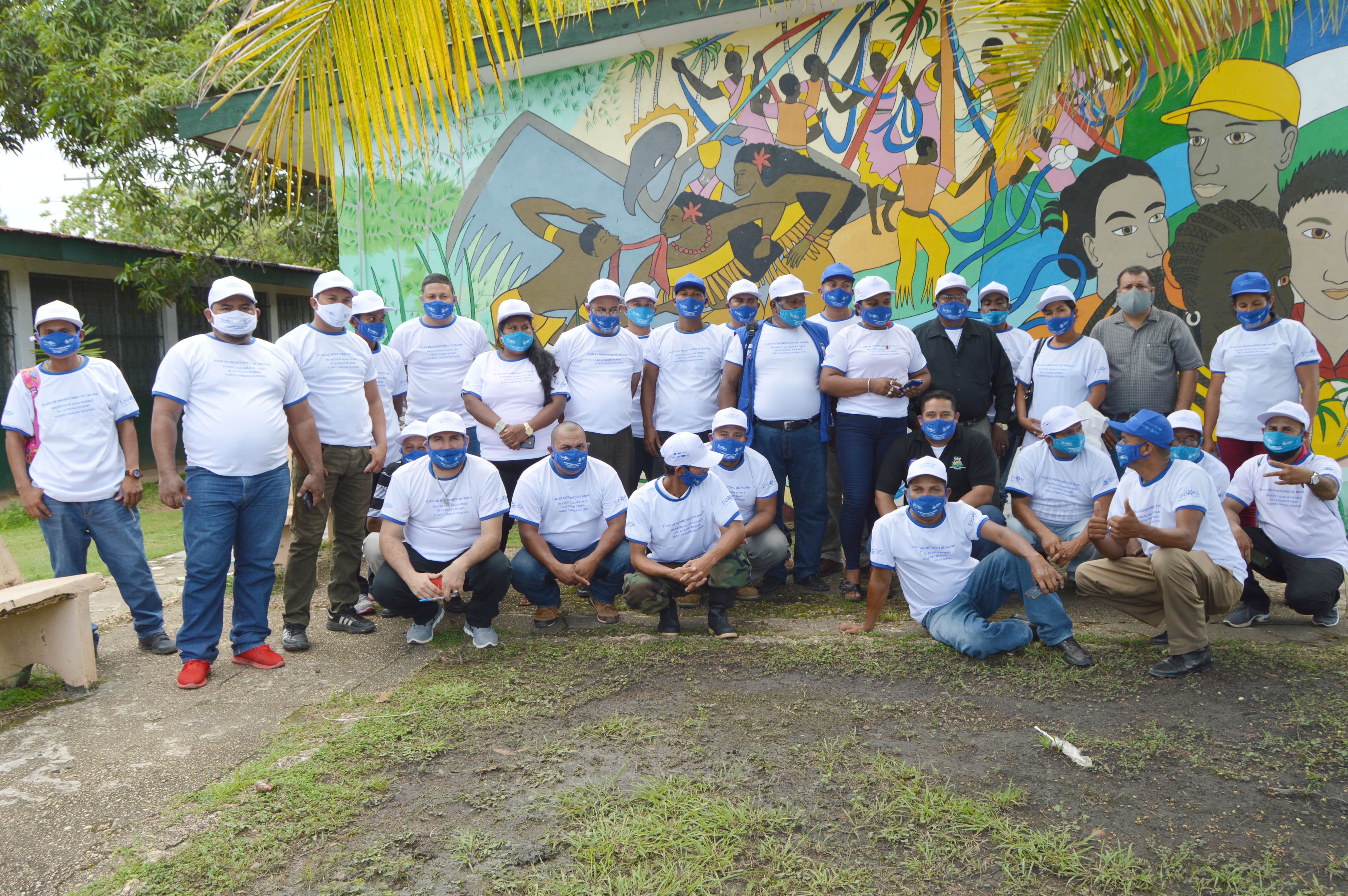 Leaders and leaders of the city of Bilwi and its communities, participants of the workshop coordinated between IREMADES and URACCAN.

Great participation of leaders in the fight for watersheds

This Tuesday, August 11th, completed the first module "Conceptual Bases of watersheds", taught in a community workshop by the Institute of Natural Resources, Environment and Sustainable Development (IREMADES-URACCAN) of the Bilwi enclosure, in conjunction with the Nicaraguan Aqueduct and Sewerage Company (ENACAL), where leaders from 10 neighborhoods and 4 communities in the city of Bilwi participate , municipality of Puerto Cabezas.

This activity is carried out in compliance with the Fauna Monitoring Plan of the Environmental and Social Management Program of the Potable Water Project of the city of Bilwi-Puerto Cabezas. In this first module, participants had the opportunity to perform group work, mapping of their communities or neighborhoods to identify watersheds in their areas.

In compliance with the role of Intercultural Community Extension

Leader Saberio Pantin, General Coordinator Whita of the neighborhoods and indigenous communities of the North Caribbean Coast, called such conversations important, because communities and neighborhoods generally maintain problems with watershed identification. "Our task is to raise awareness, carry messages, every authority, every community leader, every barrial leader to our community, so they can take more care of our forests, our rivers, not pollute," Pantin said.

For his part, the community René Webster, current judge of the Loma Verde neighborhood, sector 4, stated that these workshops are of great importance, because at present there is very little that is known about the watersheds, "to know the mapping, the points, the codes of each basin that we did not manage, we did not understand, with which the North Caribbean Coast has".

While Yajaira Vanessa Rivera, second general coordinator Whita of the neighborhoods and indigenous communities of the North Caribbean Coast and judge of the Waslalaya neighborhood, acknowledged that through these dialogues "the losses of our forests (...) are known, we are talking about the natural resources and many things that our ancestors had left us and, as they have been exploited, can no longer be reconstructed".

Finally, it should be noted that these community workshops will be held in four face-to-face meetings for four months in URACCAN Bilwi venue, in order to continue to fulfill the function of Intercultural Community Extension since IREMADES.