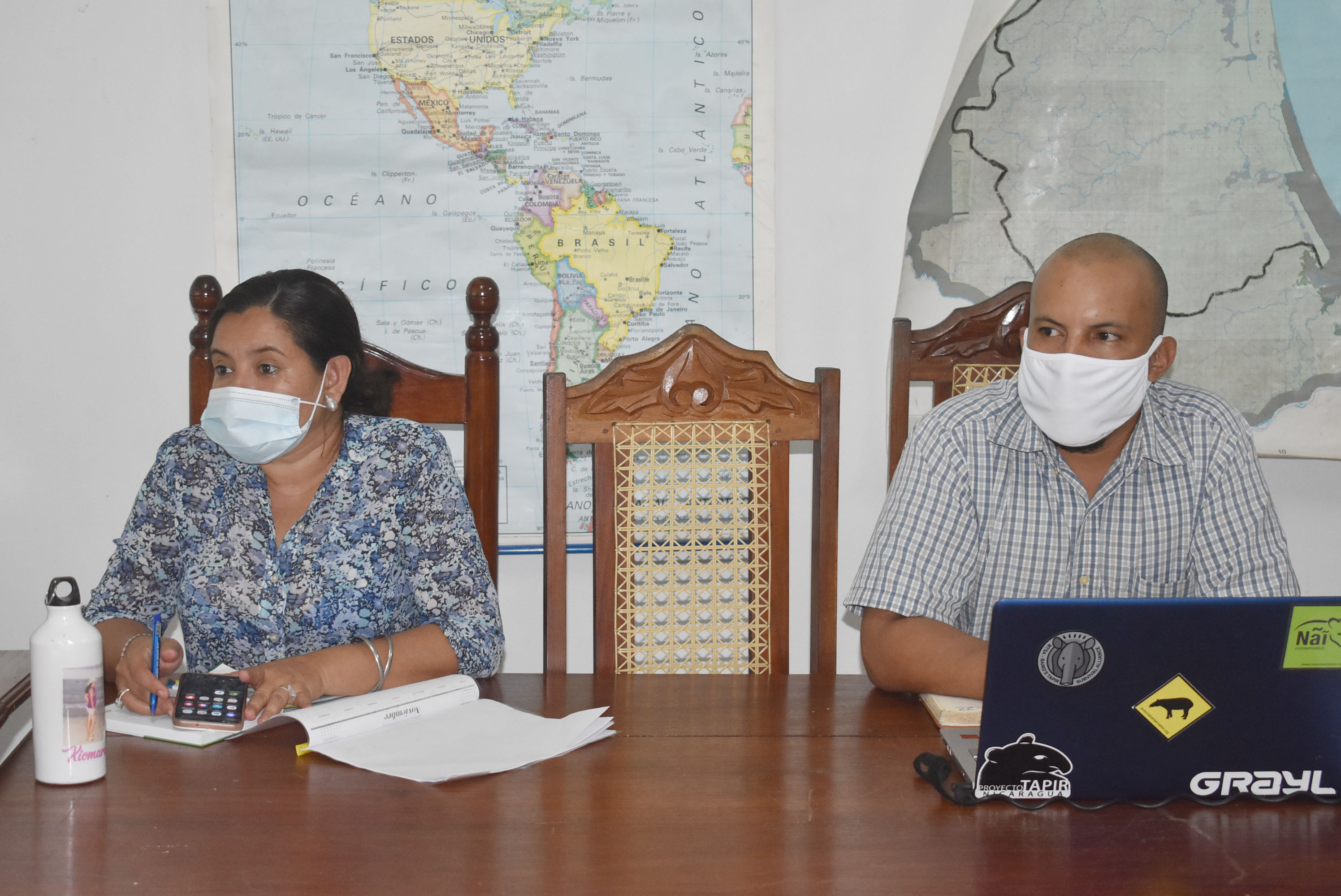 Promoting actions for the protection and conservation of biodiversity

The URACCAN Institute of Natural Resources, Environment and Sustainable Development (IREMADES), in coordination with Project Tapir Nicaragua, held a meeting with the communal leader of the Awaltara Indigenous Territory, Storbey Simon, in order to reschedule a set of activities that were suspended due to Hurricanes Eta and Iota, and which are part of the biodiversity preservation actions of that territory , which comprises 20 communities, where indigenous, Afro-descendant and mixed-race peoples live.

Teacher Xiomara Treminio, coordinator of IREMADES, regarding the protection of endangered species, said that "for this we are supporting what are community patrols; so far we have supported four patrols, it was planned for the year to make eight, but, we have had climatic conditions that with the passage of the two hurricanes have affected the territory and, therefore, no continuity has been possible."

In this sense, Ing. Juan Mendoza, field assistant of the Tapir Nicaragua Project, explained that "there are scheduled activities, including an interinstitutional tour of the territory so that the other state institutions and technicians of URACCAN who are involved in the creation of this reserve can know firsthand what the reality is in the territory, that is why we meet with the planning technician of Awaltara , to re-align activities".

According to Mendoza, the tours will be: an environmental education activity with children from the community, scheduled for the first week of December; from 5 to 10 December, the interinstitutional tour; from December 1st to 15th, the reserve's ranger accompaniment.

IREMADES continues to work on the processes of conservation and awareness of natural resources and endangered species, through community accompaniment, training villagers on the good management and use of their natural resources.
Tags
URACCAN Bluefields
IREMADES
ETA
IOTA
Awaltara
Proyecto Tapir
Previous
Next
sfy39587stp16