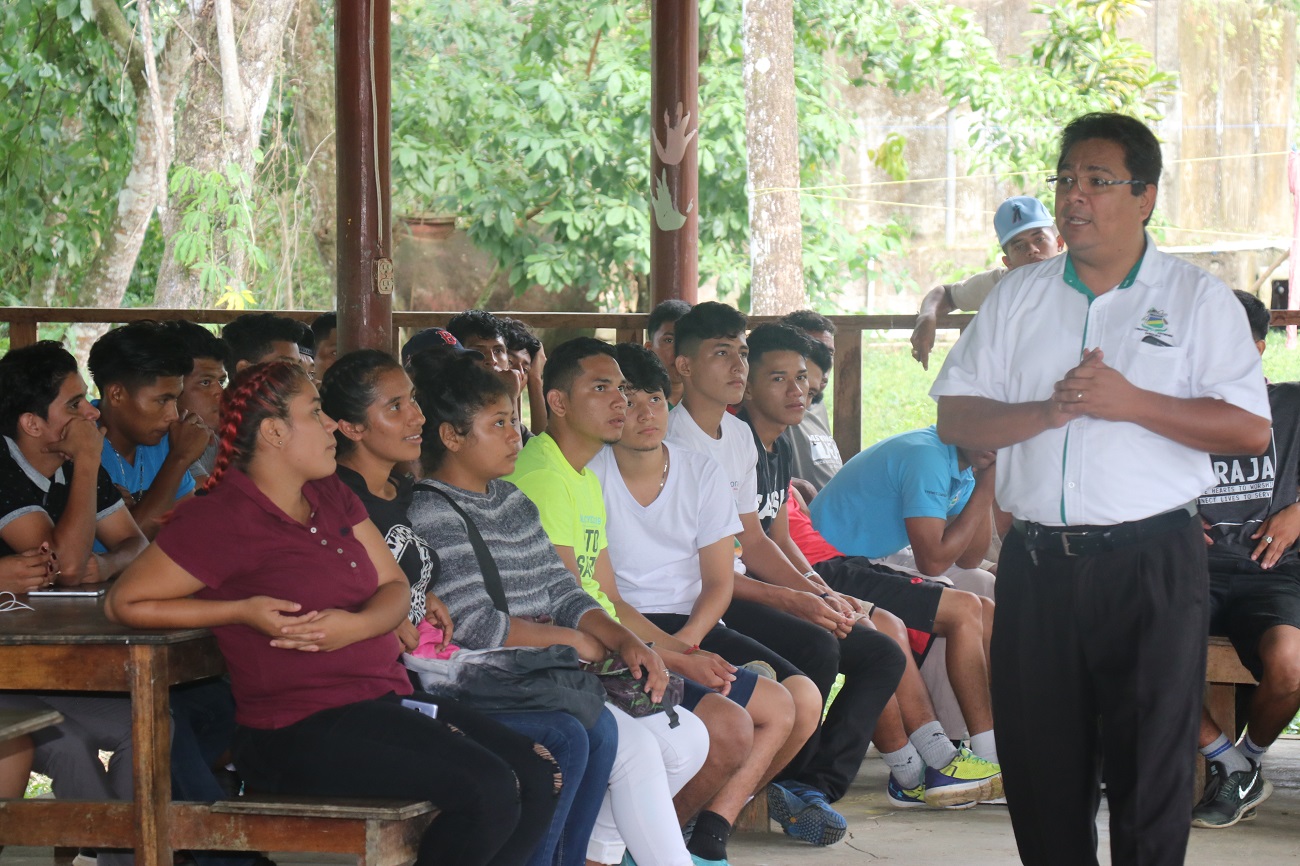 Internado is a space for the socialization of different cultures

Students from the municipalities of Waspam, Puerto Cabezas, Prinzapolka, Bonanza, Rosita, Mulukukú, Waslala, Paiwas and even Rio Blanco, arrived from these Mondays full of optimism to enter one of the races offered for this 2020 by the University of the Autonomous Regions of the Nicaraguan Caribbean Coast, (URACCAN), in its Las Minas Campus, whose main headquarters is in the municipality of Siuna.

In total there are 160 students from these municipalities who chose to apply for the scholarship system offered by this university campus and from this space begins the element of interculturality in the coexistence of these young people, "from the respect of their customs, their clothing, expression, in relation to their mother tongues, their culture and the implementation to harmonious coexistence" , highlights the student welfare manager, Vania Chavarría master's degree.

According to Chavarría respect is based even on their custom from how they eat and even with whom relationships or how to react to relationships with their students, "here (interned) is where most share from spaces such as kitchen, laundry, recreation area and dining room," he said.

The master's degree Ariel Chavarría Vigil, Academic Secretary of this campus said that this week the internal students began to arrive, since student welfare they have been received and the first assembly was organized to address the issue of coexistence.

Jory Alina Taylor, a Mayagna student from the Spanish community in the municipality of Bonanza, said she traveled from her community to URACCAN to study nursing, to help her community and also her family.

Kelia Carolina Paterson, a miskita student from the Dibajil community in Rosita Township, said she had to leave her community for Rosita where she paid 20.00 cordobas and then from Rosita to Siuna paid 120.00 to study nursing in Siuna.

Jesser Anthony Blandón Escobar, a half-breed student in the Community of Santa Rita, Mulukuku, said that because he was of limited financial resources he preferred to ask for a scholarship to be covered in food and accommodation because he was unable to travel every day to study.

URACCAN University since its mission and vision is betting on the professionalization of men and women of the Caribbean Coast, but it also ensures the permanence of women and men who are of limited financial resources so that they can enter the boarding school.

In the Las Minas campus there are a total of 425 students of new income enrolled, representing 86% of the total who prematricularized to enter the propedeutic course, necessary to qualify for one of the careers in this house of intercultural higher education.