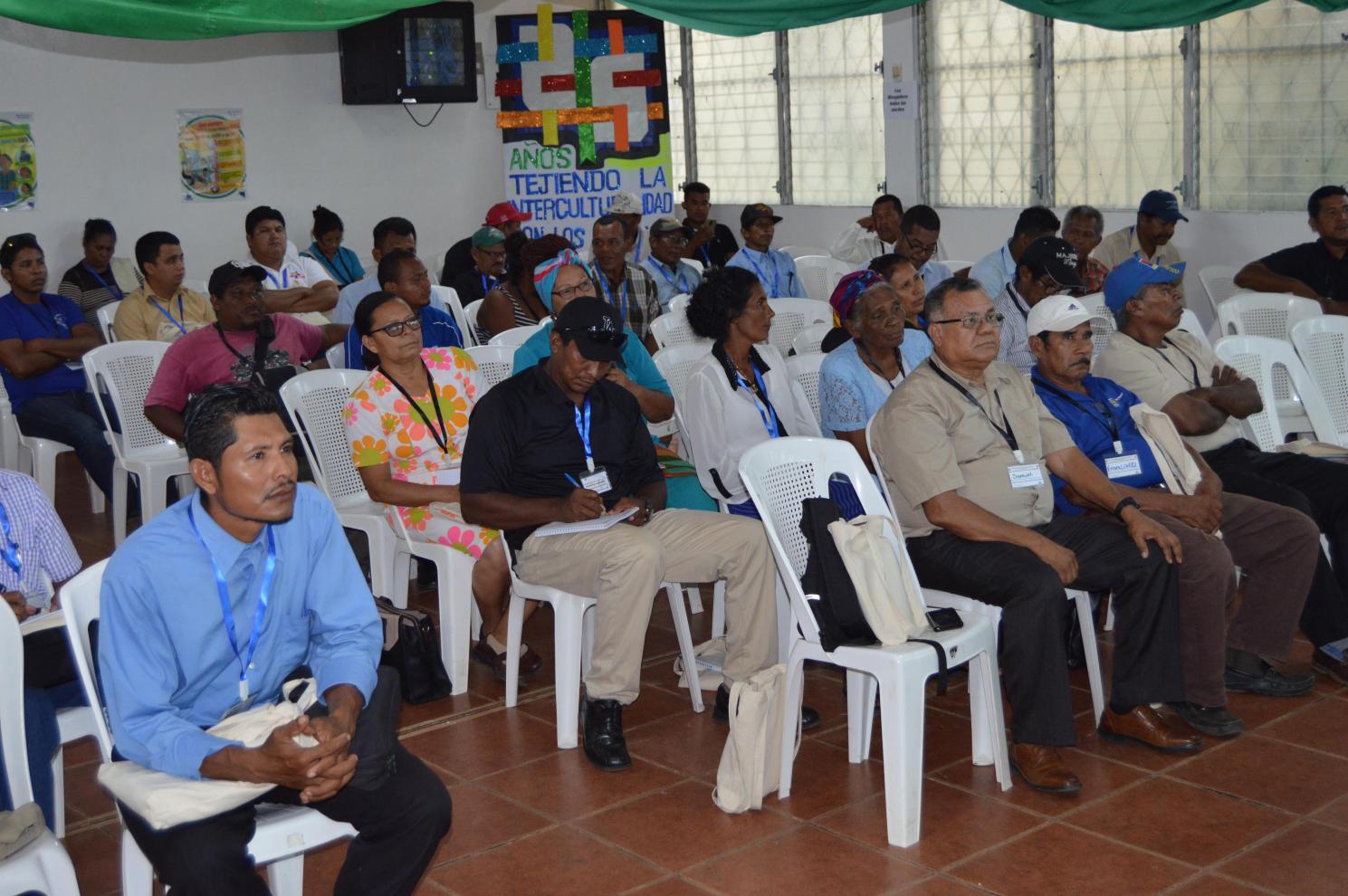 Under the motto "Only United can we prevent and eliminate malaria", the Institute of Traditional Medicine and Community Development (IMTRADEC-URACCAN) within the framework of the project "Nicaragua all united, sustaining achievements, consolidating actions focused on the pre-elimination and elimination of malaria" in coordination with the Ministry of Health (Minsa), held Municipal Forum against Malaria.

According to teacher Serafina Espinoza, director of IMTRADEC, she said that the institute of traditional medicine of URACCAN is part of a subnet, funded by the Global Fund for the reduction of malaria "Here in the URACCAN region through the institute, the Ministry of Health and Fundación San Lucas we do different activities, in the case of us we get the educational part , the creation of educational materials for malaria prevention, we make encounters with the community health network, with traditional doctors," he argued.

For his part, Dr. Lázaro Téllez, recounted that for more than five years we have been working on the eradication of malaria, "The relevance of this forum with religious is because they have leadership in communities, there is a credibility towards them in terms of knowledge," he emphasized.

Complementarity between URACCAN and Minsa

Likewise Dr Téllez highlighted the work that the university is doing through the Institute of Traditional Medicine and Community Development "we have had a very positive alliance, a large alliance, whether the Ministry of Health, or IMTRADEC-URACCAN at the call of both places we do cohesion and this for us has been very important because they are the leaders of many organizations" Said the director of the Minsa in Bilwi.

While teacher Serafina recounted that, in 2018, "at the end of the year there were more than 11 thousand, almost 12 thousand cases of malaria, it is somewhat alarming, we had never seen such a situation, here in our municipality, in our region, however, to countless strategies that have been being carried out since the Ministry of Health , from the university, Fundación San Lucas and other actors, this year, to the September court of this 2019 compared to last year there is a difference of 2 thousand and a peak of cases," Espinoza said.

Topics addressed in the forum

In this municipal malaria forum there were various topics including "Malaria Epidemiological Situation in Puerto Cabezas", facilitated by The Lizeth Davis Graduate, director of bilwi Polyclinic, "Malaria (which is, symptoms, diagnosis, treatment, prevention), led by graduate Hector Macario, of the Bilwi Polyclinic, "Complications of Malaria", exposed by Dr. Marilú Rodríguez, of the URACCAN, "Health care from the biblical approach" , by the Reverend Róger Wilson and finally "Plan of intervention for each religious denomination to be implemented in the churches both at the urban and rural level. (Proposals from the religious sector, what activities they can develop from the church to prevent malaria and contribute to behavioural change)", facilitated by teacher Serafina and the support group of Minsa and IMTRADEC.